Toddler died after she was left in hot car in Oman 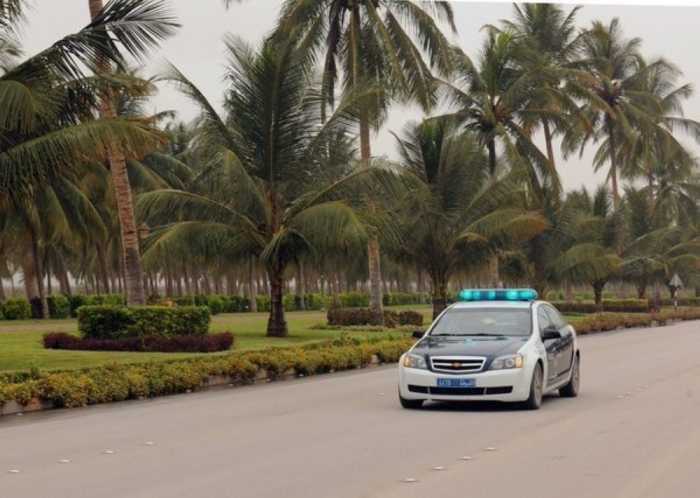 Muscat: A toddler died after she was left in a parked car outside the family home in sweltering summer heat, Royal Oman Police ROP have confirmed.

Abrar Mohammed, 28-month-old, was left inside the family car on Sunday afternoon as temperatures topped 35 degrees in Saham, Oman.

Her parents took her to hospital as soon as they discovered her but she was declared dead on arrival, a hospital spokeswoman said.

A ROP spokesman has advised parents and family members to exercise caution and not leave their children in cars, especially in extreme summer heat.

“On June 4, at approximately 4pm, Saham police station received a call from Saham hospital which explained that a child was taken to the hospital and was dead. Then after search and investigation they noted that the child was left inside the car in Deel Al Abdul Salam in the Wilayat of Saham,” said a spokesman at the ROP.

“The main reason for her death was suffocation, because she was left in the car with closed windows. This was the main reason she died.”

He warned parents to be careful when it comes to their children, “In the future, parents have to take care, and make sure their child gets out with them from the car. This is the main thing, especially now with summer on, some parents, both citizens and residents, leave their children inside the car or they put the engine on with air conditioning, but it’s still not good if the children are in the car for a long time, either with or without the air conditioning on.

“So, we have to take care about that, especially for young children,” the official added.

Dr. Amal Al Balushi, head of the Saham hospital, said the child was left in the car in the afternoon.

“My advice for families and the public in general is to keep your eyes on your children and don’t leave them alone, especially at this summer time. Also when you leave your cars, keep some ventilation, don’t close the windows to the top.”

According to ‘Safe Kids Worldwide’, heatstroke is the number one cause of non-crash, vehicle related deaths for children under 14. The organisation maintained that these accidents can be avoided by never leaving the child alone in the car, creating reminders near the child's seat and more importantly, taking action by contacting the emergency personnel when witnessing a child alone in a car.

A recent survey by the group revealed that 11 per cent of parents admit to forgetting their child in the car. A child's body can warm up three to five times faster than an adult’s. Within 10 minutes the internal temperature of the car can be 20 degrees hotter than the outside temperature, the group warns.

Ali Al Barwani, head of the Oman Road Safety Association, described the incident as tragic and said that families should stop assuming that their child is in a safe place. “It’s a tragedy. We have come across one more such incident and this is sad. We used to hear of incidents where children were left back in buses involving the supervisors, drivers, but this is the family car, and at home.

“This for me is a strong indication about the responsibility of the family. Assumption is not a good thing and you should be aware of where your child is - the backyard, at home, a neighbor’s house, with guests - you need to know and not assume that he or she is in a safe place. During festivals, when you have a large number of visitors, it’s very easy for the children to mix with guests and slip out of home.”

A number of incidents in the last couple of years have raised alarms for parents and the community at large. In October 2016, a child, believed to be four years old, died after he was trapped inside a school bus in Muscat. In September 2015, a four-year-old girl who was allegedly left unattended on a bus owned by a training centre died of suffocation in Bid Bid.

In June 2015, two boys, aged five and six, died in Ibri after they locked themselves in a car, sparking a police investigation and a warning to parents not to leave their children in vehicles. In August last year, an Omani hero pulled two children from a burning car after they were left inside the vehicle when the father stepped out at a filling station in Sur.