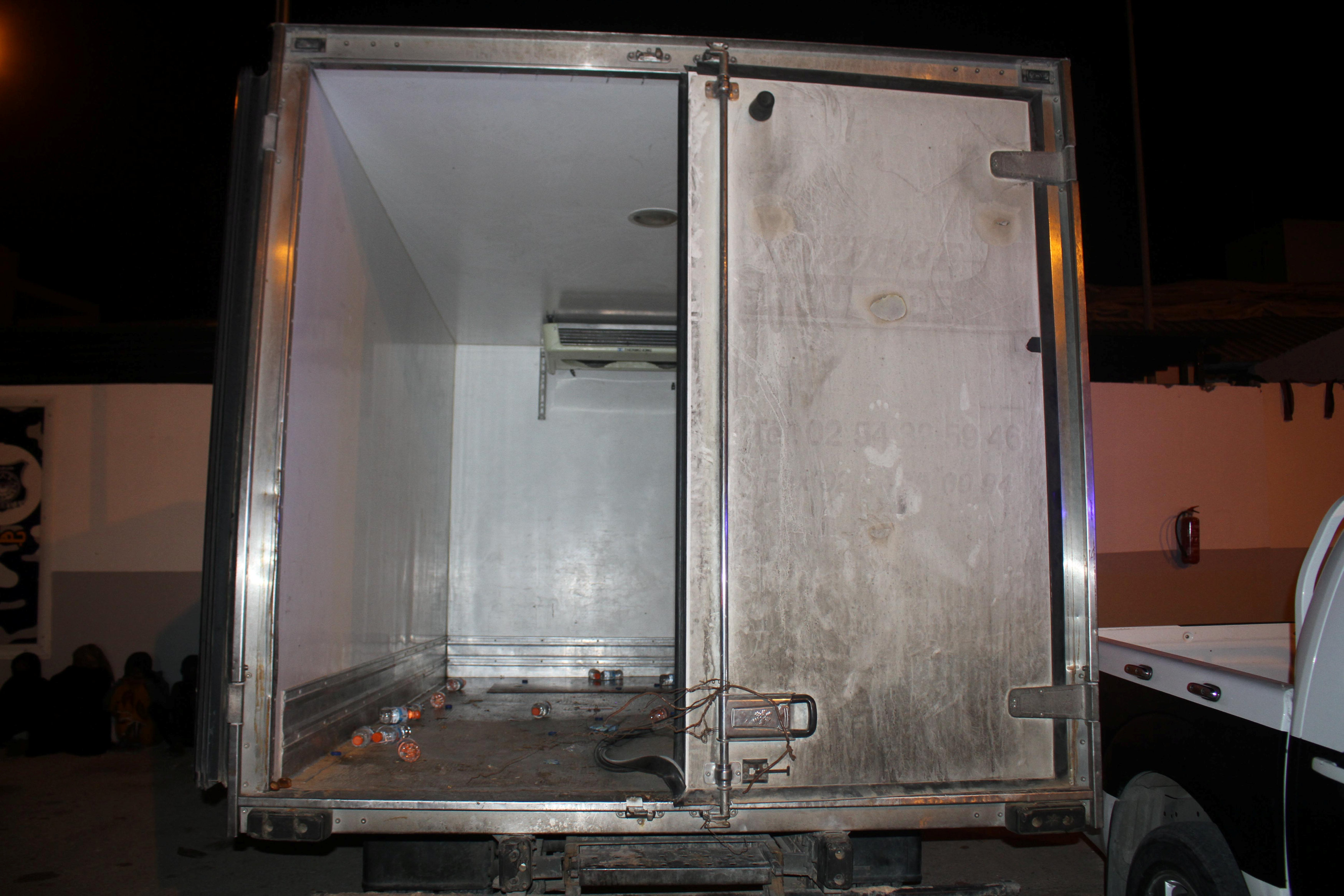 Tripoli: Seven African migrants died, apparently from suffocation, after being locked for two days in a refrigerated truck that was abandoned by people smugglers on the Libyan coast, officials said. Twenty-eight others, including five women, were rescued on Sunday when the truck was discovered at Garabulli, a town some 50 km (30 miles) east of Tripoli that is a common departure point for migrants trying to cross the Mediterranean to Italy. "We got a call from a civilian who reported that he could hear voices coming from a truck, which he believed contained Africans, based on their language," said Adel Mostafa, an anti-illegal migration official in Tripoli. The survivors said they had been left there by smugglers, according to Hosni Abu Ayana, a second official at the Tripoli detention centre to which they were brought. The migrants said the truck driver left the vehicle at the side of the road after unknown gunmen began firing at the tyres. Libya is the main gateway for migrants trying to reach Europe by sea. The North African country slipped into turmoil after its 2011 protests and migrant smugglers operate with impunity, packing people onto ill-equipped boats that often sink or break down.