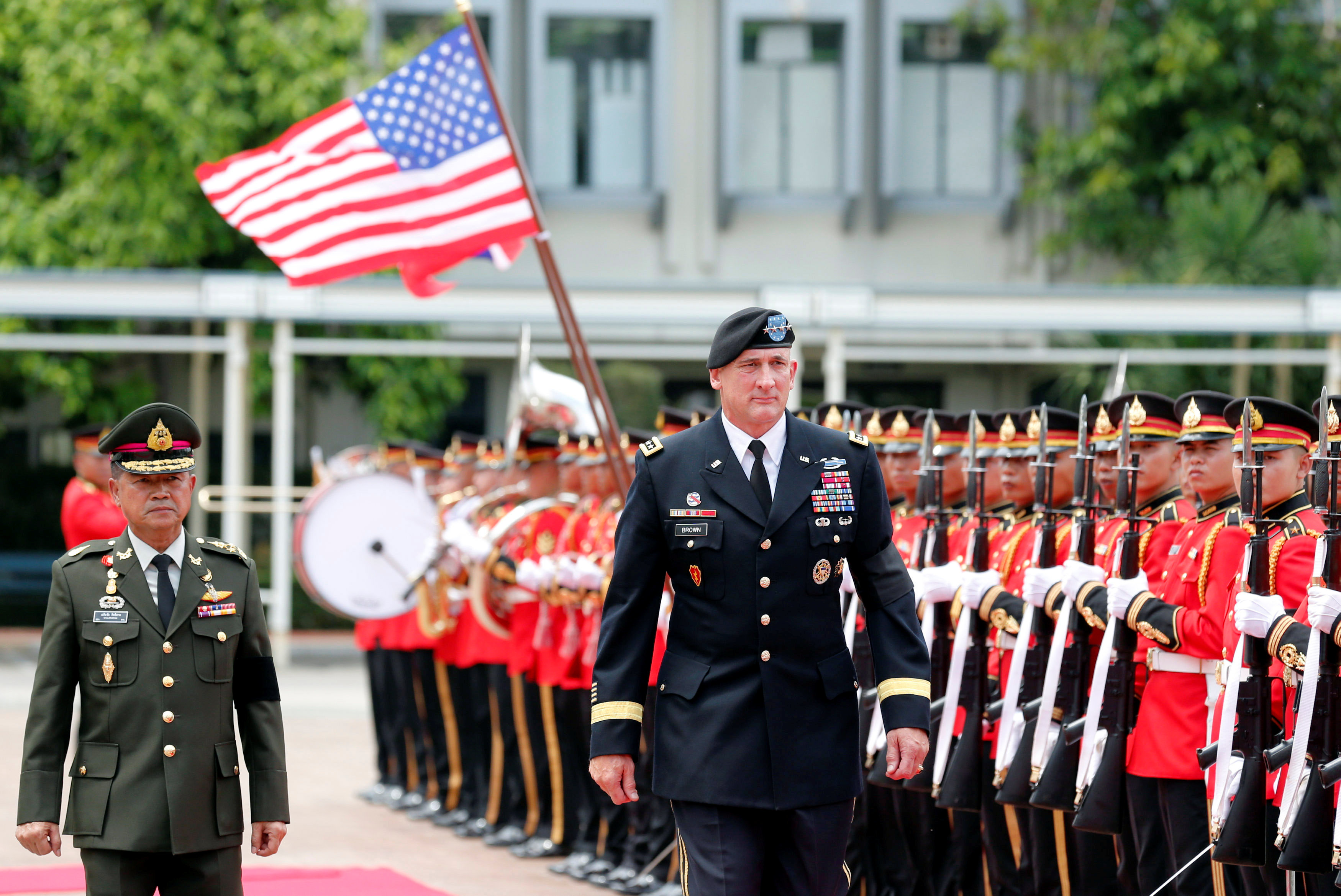 Bangkok: The head of the U.S. Army Pacific met his Thai counterpart in Bangkok on Monday, a rare top-level meeting between the old allies' militaries since the United States criticised a Thai military coup in 2014.
The visit to Thailand by General Robert B. Brown, who is also director of the U.S. Missile Defence Agency in Seoul, comes as the United States looks to reassure allies about its commitment to the region.
Brown met General Chalermchai Sitthisart, commander of the Royal Thai Army, at the army's headquarters in Bangkok.
"The United States and Thailand have had a relationship since 1833... We have exchanged ideas, cooperated militarily," the Thai army said in a statement.
Neither of the two generals spoke to media following a military parade to welcome Brown.
Thailand is Washington's oldest ally in the region, but ties were strained by the 2014 military coup led by then-army chief Prayuth Chan-ocha that ousted an elected civilian government.
The United States scaled back some military exchanges with Thailand and Thailand responded by forging closer ties with Asian giant China.
But the United States and Thailand have continued to hold joint military exercises including the annual Cobra Gold exercises, Asia's largest multinational drill.
U.S. Defence Secretary Jim Mattis told a regional security conference in Singapore on the weekend that United States remained committed to its Asia-Pacific allies.
U.S. President Donald Trump's "America First" rhetoric and expectations that he would concentrate on a domestic agenda has stoked fears of a retreat from a traditional U.S. security role that has underpinned the region for decades.
Now the United States was reacting to China's growing ties with countries like Thailand and its neighbour, Cambodia, an analyst said.
"The Trump administration would like to re-balance military power in Asia, which has increasingly moved toward China, in an effort to reassert Washington's security influence," Paul Chambers from the College of ASEAN Community Studies at Naresuan University told Reuters.
Last month, Trump invited former army chief Prayuth, who now heads the military government as prime minister, to visit Washington.