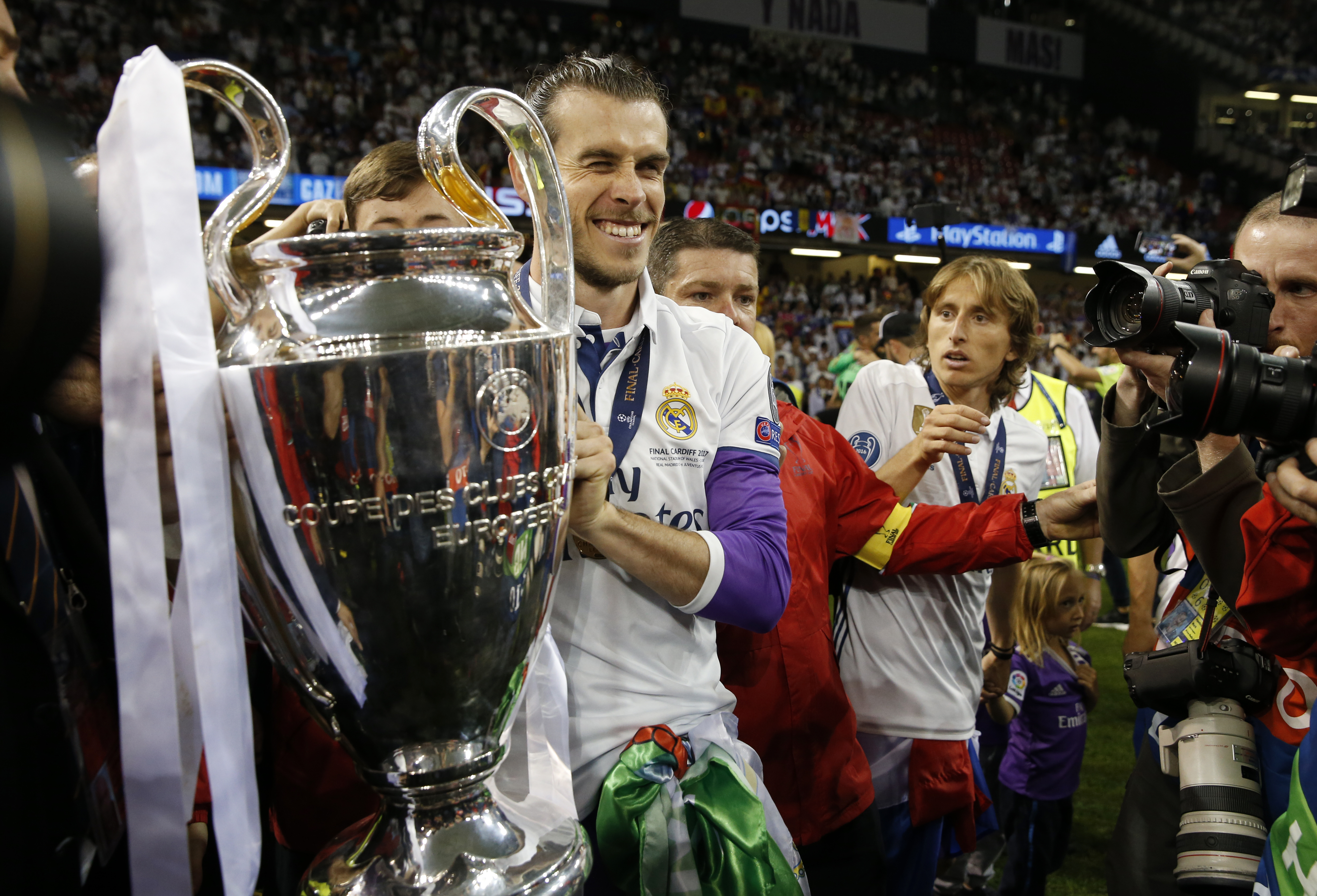 Madrid: Midfielder Gareth Bale is enjoying life at Spanish champions Real Madrid and has committed his future to the club, the Welsh international said after the side's Champions League triumph on Saturday.
Bale, who joined Madrid in 2013, has scored 67 goals in 146 appearances and signed a contract extension in October to keep him at the club until 2022 but his future in Spain has been cast in doubt following a frustrating injury-riddled campaign.
"We are winning trophies and I am happy. I have signed a long-term contract at Madrid," Bale is quoted as saying by the BBC after Madrid beat Juventus 4-1 in the final in Cardiff.
"My family is happy and I am happy, so yes we will continue what we are doing."
Madrid's third Champions League triumph in four years marked Bale's seventh trophy at the club but the 27-year-old remains hungry for more success.
"It's the reason why I came to Real Madrid -- to win trophies. We're enjoying winning them at the moment, so we'll continue to do so," Bale added.
"Three Champions Leagues in four seasons isn't too bad.
"I think we can get better. We are still quite young as a whole team and we have a great squad."
Saturday's victory was made sweeter for Bale as he became just the sixth player to win a European final in his home town as well as the only Welshman to win the continent's top trophy three times, surpassing Ryan Giggs and Joey Jones.
"To play a final in your home city is incredible but to win it is even better, a great experience," Bale said.