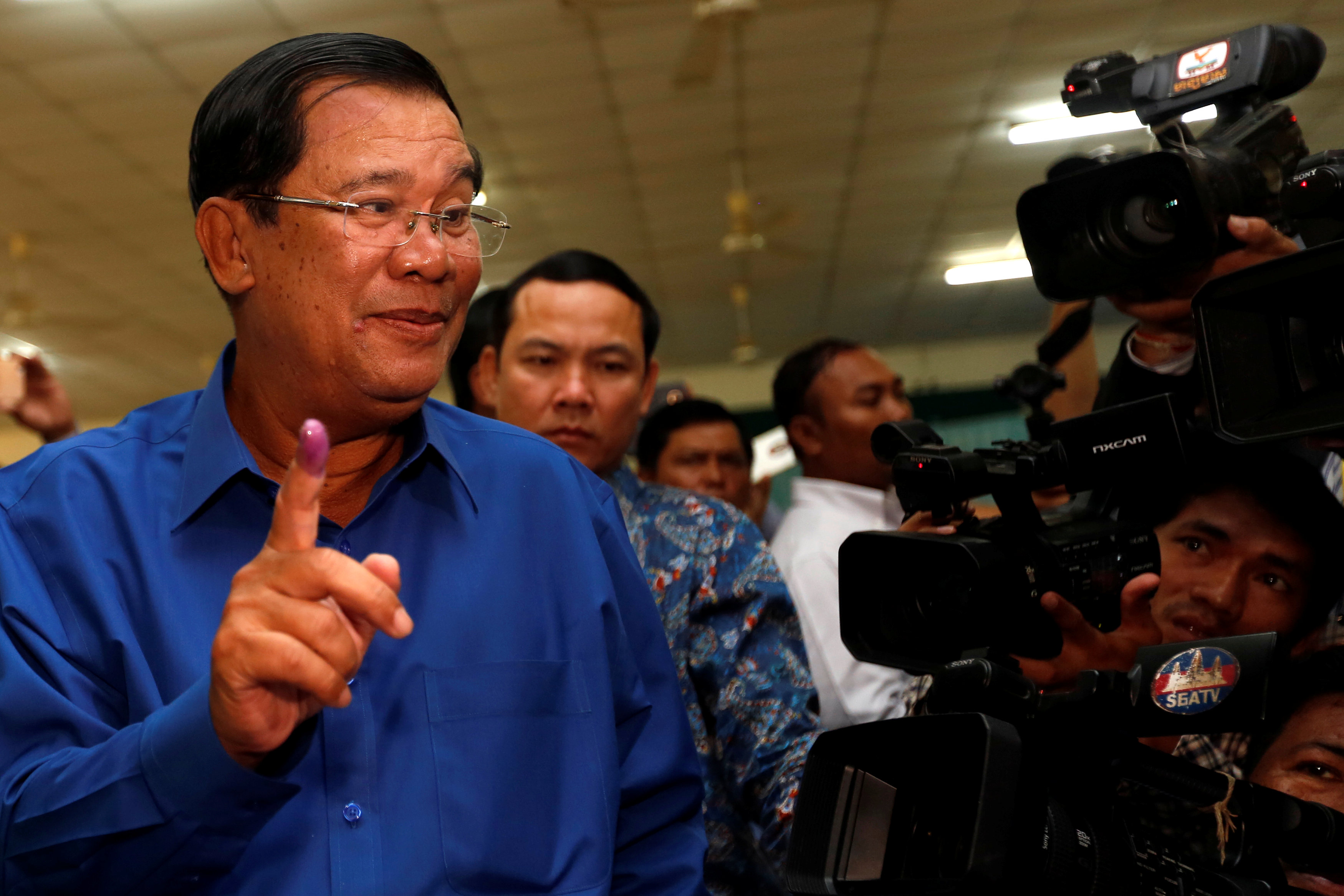 Phnom Penh: Cambodian Prime Minister Hun Sen said on Monday he was confident of keeping power in next year's general election after the opposition's gains in local elections fell short of their hopes.
Communal elections on Sunday were widely seen as a test of strength for opponents of Hun Sen, one of Asia's longest serving leaders, who is accused by rights groups of using threats, arrests and court cases to undermine his political rivals.
The opposition Cambodia National Rescue Party (CNRP) won about 46 per cent of votes announced compared with more than 51 per cent for Hun Sen's ruling Cambodian People's Party (CPP) in the ballot for 1,600 communes.
It was a big gain for the opposition over its showing in the last local elections, but it had hoped for 60 per cent of the vote.
"It is already clear that the ruling party will remain a majority party in the National Assembly and continue to lead the government ahead," Hun Sen wrote in a Facebook posting, alongside pictures of himself playing golf.
Hun Sen has been prime minister for 32 years and politics in the Southeast Asian country has grown increasingly tense in the run-up to the elections.
The prime minister has repeatedly warned of violence if his party does not keep power, raising deep concerns in a country where some 1.8 million people died of starvation, violence, exhaustion or disease during the rule of the communist Khmer Rouge in the 1970s.
Voting went smoothly on Sunday and observers recorded little malpractice or intimidation.
The opposition said it was still pleased with its results. The ruling party won control of 97 per cent of Cambodia's communes in the 2012 election, when opposition parties were divided.
"To get 46 per cent today means at least 56 percent in 2018," CNRP senior member Monovithya Kem told Reuters.
The opposition did much better than expected in the last general election in 2013, leaving the ruling party with only a small majority in parliament.
"The momentum has always been on the opposition side," said Ou Virak of the Future Forum think-tank.
"Given that the 2018 election is the most important election, I think the opposition will be stronger and that makes the outcome of the next election pretty unpredictable."
The National Election Committee has not finished announcing all preliminary results of Sunday's elections and official results will not be published until June 25.