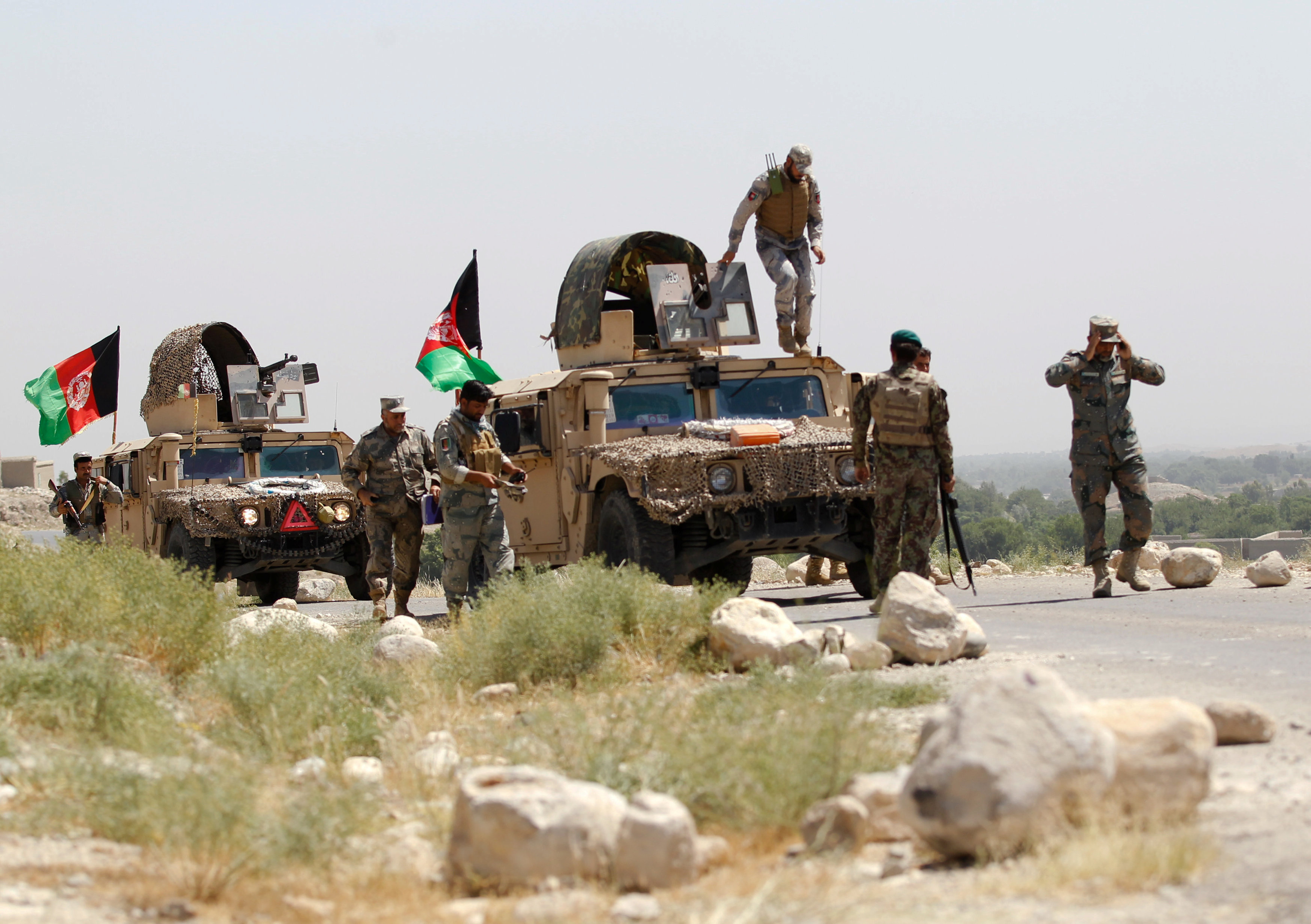 Chaparhar (Afghanistan): From his sandbagged command post outside the eastern Afghan city of Jalalabad, Brigadier General Mohammad Nasim Sangin says he needs more troops and equipment to beat the Taliban and hold on to ground his soldiers take.
But one thing he does not want is foreign troops returning to front-line combat in Afghanistan.
"We know our own country better and we can defeat our enemies ourselves," he says.
"NATO can help Afghan forces with training, they can provide more equipment but we will recruit Afghans."
As U.S. and NATO officials contemplate the way forward in Afghanistan, government soldiers face a resilient enemy and an array of problems from lack of equipment, poor leadership, political interference and chronic corruption.
While high-profile attacks in the capital Kabul, such as the truck bomb that killed more than 80 people last week, grab headlines, a grinding conflict in the provinces is costing the lives of hundreds of soldiers and police a month.
A soldier since his teenage years with the anti-Soviet mujahideen in the 1980s, Sangin has been leading his brigade in a clearing operation to drive insurgent fighters out of Chaparhar, a district of mud-walled compounds dotted with poppy fields ready for harvest.
The occasional rattle of machine gun fire can be heard from the fighting a couple of kilometres away but he says the operation has gone well, with the district centre now clear at the cost of only a handful of casualties. However, experience has shown that there is no certainty of holding on to the gains.
"We launch operations, we carry out searches and push the insurgents to the mountains. Later, I have to take my forces to other places for operations and as soon as we leave the area the insurgents return," he said.
U.S. officials are preparing plans that have been expected to see some 3,000-5,000 more military trainers sent to Afghanistan and fears have grown that this could be a prelude to the United States being sucked back into the war.
Sixteen years after the U.S.-led campaign that ousted the Taliban, more than 13,000 foreign troops remain in Afghanistan, down from a peak of more than 100,000, but NATO officials have said repeatedly they will not resume the combat mission they ended in 2014.
However, officials say plans are being considered which would see more trainers at times move out of Corps headquarters down to brigade-level operations such as the one being carried out by Sangin's men in Chaparhar, increasing the likelihood of their being drawn into fighting.
Despite assurances from foreign and Afghan officials about progress in improving leadership and tackling corruption, security forces have struggled to contain the insurgency and now control no more than 60 per cent of the country.
Most of the issues the troops talk about - lack of reinforcements and equipment, endless tours of duty - are well known despite promises of improvement.
At the same time, security forces have suffered what the U.S. Congressional watchdog SIGAR described as "shockingly high" casualties. Official figures are patchy but at least 807 soldiers and police were killed in the first six weeks of the year after 6,785 in the first 10 months of 2016. Privately, many officials say the real numbers are even higher.
The heavy casualties have also contributed to the other persistent problem facing the army, maintaining the strength of the units doing the fighting. A third of the security forces' personnel does not re-enlist every year and the actual number of troops available for duty is far below official totals, leaving front-line troops increasingly stretched.
"It was very dangerous and busy last year but this year, it's been busier," said Assadullah, a sergeant who, like many Afghans, goes by one name. "We were in Achin and when that operation we were in Torkham and now we're in Chaparhar without any break."
"I haven't been home in seven months. I go from one position to another. We're tired but there's no alternative."
Even in Nangarhar, where IS militant group has established a foothold but is otherwise a relatively stable province, the army is conducting active operations in nine districts, compared with just three last year, officers said.
In other parts of the country, like the Taliban heartlands of Helmand and Kandahar in the south and Badakhshan and Kunduz in the north, the situation is much worse.
Although General Sangin and his commanders say morale is good among their men, several of whom have the red, black and green of the Afghan flag strapped jauntily around their magazine clips, it does not take much effort to hear other points of view.
As well as high casualties and the relentless tempo of operations, morale is sapped by political corruption that persists despite President Ashraf Ghani's efforts to stamp it out, leading some soldiers to ask what they are fighting for.
In Chaparhar powerful interests follow operations closely.
"We are not fighting for the nation, we are fighting for a mafia," said one officer, who spoke on condition of anonymity. "We'll arrest some insurgents during an operation and soon we get a call from powerful figures inside government to let them go."
"We are soldiers and we have to obey orders. But the next day, when we go to another operation, our soldiers do not fight the way they were fighting previously. They believe that this is a fight for no reason," the officer said.
It is hard to know how widespread such feelings are but soldiers have continued to fight and die in numbers that underline the resilience of the troops, however battered their morale.
Despite the setbacks, they have held up. Sangin, a stocky, confident figure with thick black eyebrows and a salt and pepper beard says that after more than three decades, warfare has become a way of life.
"I've always been at war. All the time. It hasn't been comfortable."