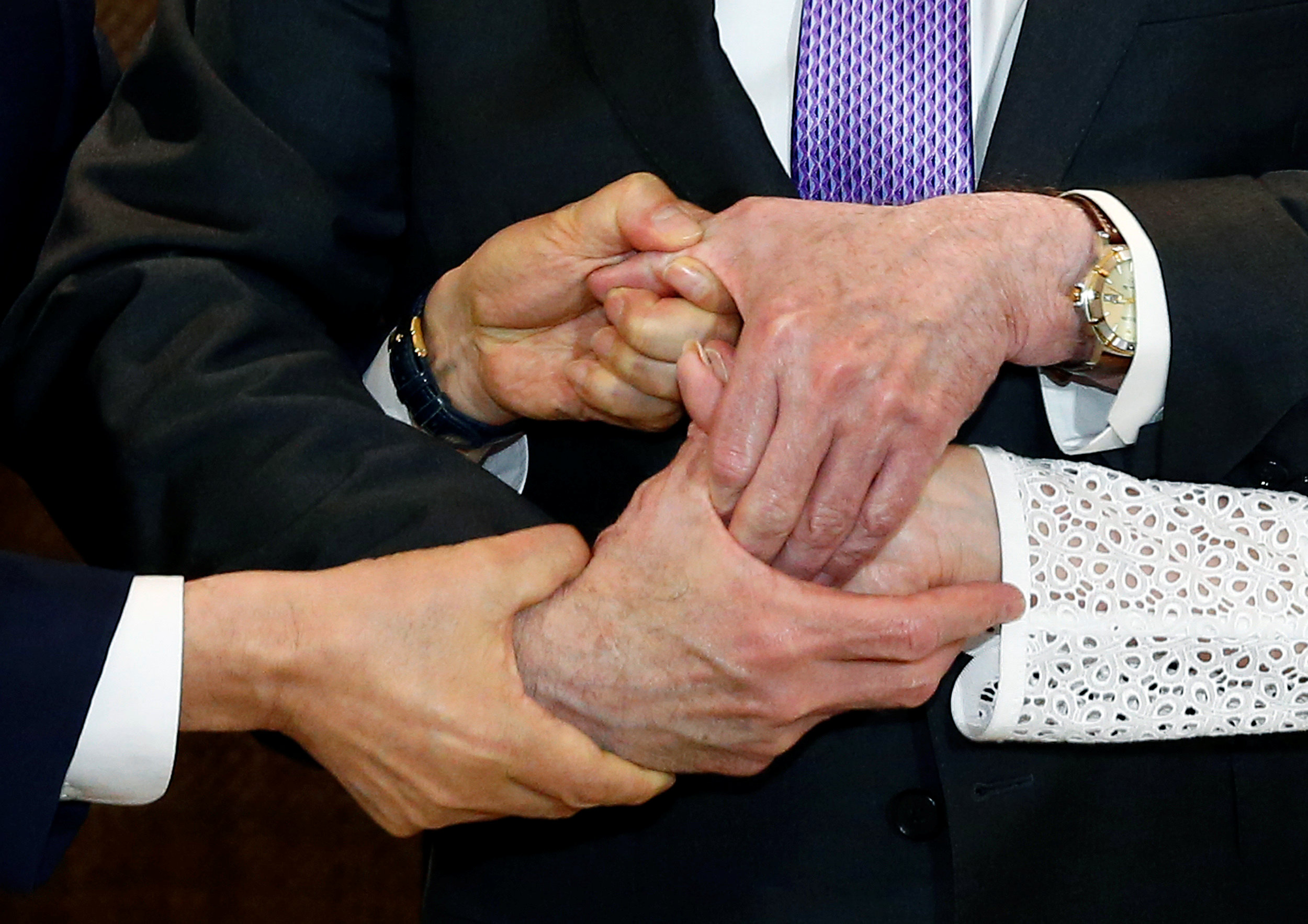 Singapore: Several Asian nations are seeking to bolster informal alliances among themselves, regional diplomats and officials said, unsettled by growing fears that the United States could not be relied on to maintain a buffer against China's assertiveness.
Countries including Australia, Japan, India and Vietnam are quietly stepping up discussions and co-operation, although taking care they do not upset Beijing, the diplomats said. No one was yet talking about a formal alliance.
Inaugurating the weekend Shangri-La Dialogue, the region's premier security forum, Australian Prime Minister Malcolm Turnbull said: "In this brave new world we cannot rely on great powers to safeguard our interests.
"We have to take responsibility for our own security and prosperity, while recognising we are stronger when sharing the burden of collective leadership with trusted partners and friends."
His comments resonated through the three-day meeting that ended on Sunday.
Regional officials and analysts said there was growing mistrust of the administration of U.S. President Donald Trump, especially because of his withdrawal from the Trans-Pacific Partnership (TPP) on trade and then, last week, the pullout from the Paris climate accord.
Many fear Trump is signalling a deeper retreat from a traditional U.S. security role that has underpinned the region for decades.
U.S. Defence Secretary Jim Mattis told the Singapore forum that Washington remained committed to the region and insisted it would oppose China's militarisation of the disputed South China Sea, one of Asia's most volatile hotspots.
Regional officials said they were worried by Trump's unpredictability and concerned that his warm praise of Chinese President Xi Jinping after their first summit meeting in April would influence any decisions on Asia.
"We trust Mattis and we trust (U.S. Pacific Commander Harry) Harris but at the very top? The trust gap is very wide," said one senior Asian military officer.
"Our fear is driven by the reality that it is only the U.S. that is powerful enough to set red lines with China."
Malaysian Defence Minister Hishammuddin Hussein said Asia was still trying to figure out Trump's policy in the region.
"I would like to know very clearly what are the true intentions of the new administration," he said.
In broad terms, Singapore Defence Minister Ng Eng Hen confirmed accelerated co-operation among partners, but he also said he welcomed Mattis' reassurances.
"Countries look at the landscape and you adjust, and that's what good leadership does...you put yourself in a position so if there are changes, you are not caught completely off-guard," Ng said at a news conference on Sunday.
Australia, New Zealand, Britain, Malaysia and Singapore re-energised their Five Powers Defence Agreement at the weekend, with officials saying they wanted to better link new military capabilities, as well as boosting counter-terrorism efforts and maritime security.
Tim Huxley, a regional security expert, wrote in a newspaper article last week that the five countries needed to improve the inter-operability of their militaries as the regional balance of power shifted.
While China was becoming richer and more assertive, U.S. strategy and policy had entered "a period of, at best, uncertainty under President Donald Trump", he said.
"Amid this uncertainty, most states in the region are seeking to increase their military capabilities."
India did not send a government delegation to the Shangri-La forum but has been active in strengthening cooperation in the region.
It sent four ships and a P-8 Poseidon maritime patrol aircraft to naval exercises with Singapore last month, and is discreetly improving Vietnam's defences. Several Indian defence companies attended the International Maritime Defence Exhibition and Conference in Singapore last month, including the manufacturers of short-range missiles.
New Delhi rejected an Australian request to join its Malabar naval exercises next month with Japan and the United States for fear of antagonising China, which has warned against expanding the drills, navy officials and diplomats said.
But officials say the exercises will expand gradually, noting that India has bilateral defence agreements with countries including Australia, Singapore and Vietnam.
"There are different strands of cooperation. At some point they will come together," one Indian official said.
Beijing sent a low-key delegation to the Shangri-La forum this year, but its officials were warily watching developments and warning of "Cold War thinking" behind moves to strengthen alliances.
"It's a Cold War mentality to use alliances to check on China," said Senior Colonel Zhao Xiaozhuo, of the People's Liberation Army's Academy of Military Science.
"It's creating some sort of threat and using China as a threat is a huge mistake."