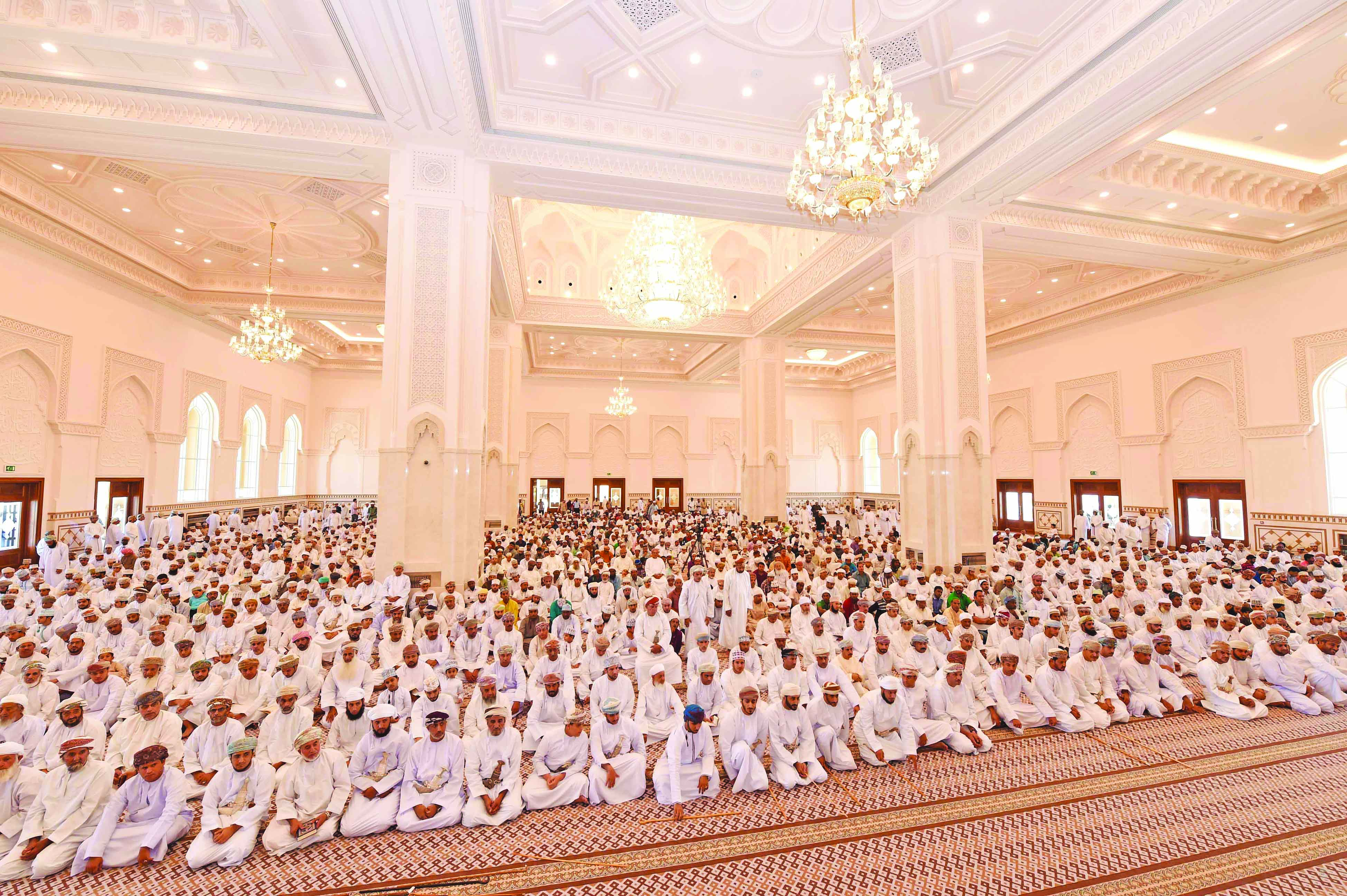 Muscat: Assigned by His Majesty Sultan Qaboos bin Said, Sheikh Saif bin Mohammed bin Saif Al Shabibi, Minister of Housing inaugurated the Sultan Qaboos Mosque in the Wilayat of Suwaiq in the Governorate of North Al Batinah on Friday. The mosque has been built on an area of 37,558 square metres.
The mosque building covers 5,750 square metres, while the remaining area includes landscaping, outdoor works and parking.
The main prayer hall can accommodate about (2,600) worshippers. The mosque contains three classrooms for the memorisation of the Holy Quran, the entrance hall of the mosque, which can accommodate 300 worshippers, a large 32 metre-high 14.6-metre diameter dome and two 48-metre-high-each Minarets.
The mosque includes a prayer hall for women with a capacity of (360) worshippers.
The main hall area and its annexes are 5750 square metres. The mosque also includes roads and parking lots for about 590 cars, toilets and other services.
Sultan Qaboos Mosque in the Wilayat of Suwaiq is one of the most important landmarks and an important architectural masterpiece added to the series mosques which His Majesty the Sultan ordered to build in all the governorates.