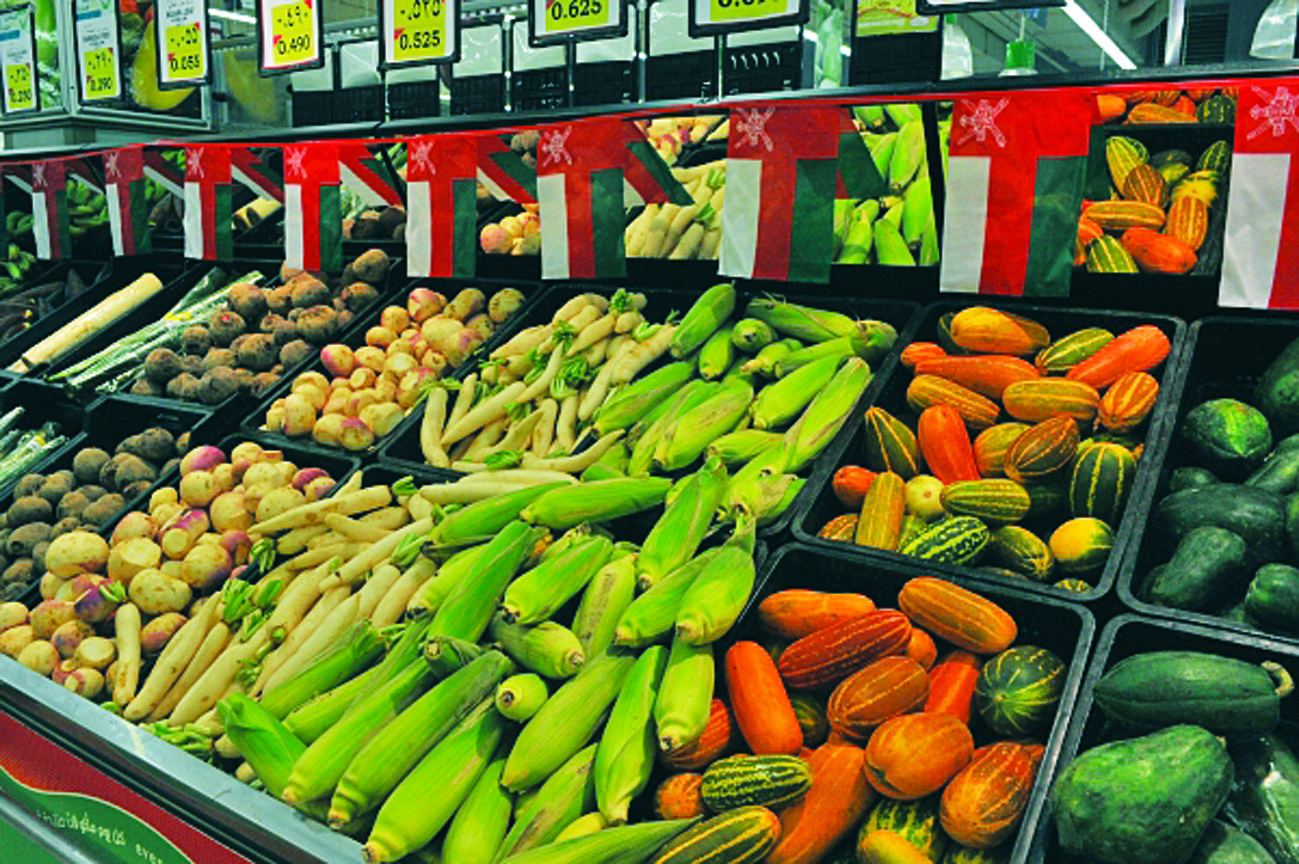 Muscat: A shortage of fruits and vegetables has hit some supermarkets, a number of retailers in Oman have confirmed.
“We have a shortage of broccoli, beetroot, apple and even dates. This is because the demand is high and the supply is very less and we can also not raise prices because that will require permission from the government.
“A major cause is the time these supply is taking to get cleared at the border, however, we hope that the situation will improve over the next few days,” said an official from one of the leading hypermarkets in the country.
Not just major hypermarkets but supermarkets say they have also been affected. An official from Karama Hypermarket said, “There are shortages of lettuce, lemon and mango and we are trying hard to match the supply. The border clearance is taking time and vendors from the UAE are bringing in lesser produce than required, so whatever comes onto our shelves gets cleared very quickly.” The Ministry of Agriculture and Fisheries said recently that all vegetables and fruits imported or exported from Oman must submit a certificate indicating the pesticide percentage that might be adding to the time taken at the borders.
“The issue has been going on since a week before Ramadan. Normally there is a rise in imports in Ramadan so authorities have started to increase checking the quality of products which is taking time. We have nearly 10 per cent decline in the food items we have for selling but nothing significant,” Saif Ahmed, a seller at Mawaleh markets said.
Haitham Khalfan Al Akhzami, deputy director of the Ministry of Regional Municipalities said they are continuously checking the pesticide level of vegetables and fruits. “Earlier also, we used to check, but now we have become stricter.”
A professor at the Department of Agriculture at the Sultan Qaboos University (SQU) said, “Here the growth of fruit and vegetables is not an issue, but it is to do with the supply chain and storage facilities based on demand and supply.”
An official from Carrefour, however, denied any issue of short supply. “We have not faced any problem of less supply of vegetables and fruits. The business is going as usual.”
A vegetable vendor at a small store in Ruwi said that they have been facing troubles with the supply of some vegetables and fruits for the last few days, “Some of my customers have been complaining because of lesser stocks than usual. Normally we have a lot of produce here at my shop but for the last few days we are experiencing shortages.”
Sultana, a housewife who usually buys her groceries from hypermarkets said, “I went to buy some fresh apples but the ones I found didn’t appear fresh.”
Vidya Rai, a resident of Oman for the last five years said, “I don’t have any preferences when it comes to buying groceries but it’s usually easier to buy at hypermarkets. These days I have noticed that if you don’t go early, you wouldn’t be able to get what you are looking for.”