Warning against cyber frauds as cases increase in Oman 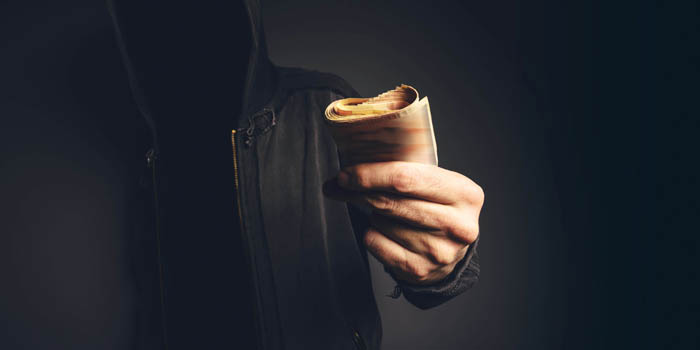 Muscat: A blackmailer assumed four different identities to extort up to OMR13,000 from his victim, Oman’s Public Prosecution has revealed.
The case has prompted officials to warn people to be extra vigilant as electronic blackmail cases continue to rise, partly due to more people coming forward to report the crime.
In its recently released Public Prosecution magazine, Fatma Hamad Al Shukaili, second undersecretary general for the Public Prosecution, described the case of electronic blackmail and extortion, which had led to a victim paying large amounts of cash to his blackmailer.
In this case, the victim met the blackmailer—who was posing as a girl—online, in 2014, and proceeded to divulge his real name and place of work, at ‘her’ request.
‘She’ also asked him for explicit pictures and videos of himself, which he provided.
“However, during the next stage of the scam ‘her brother’ supposedly threatened to go to the police and circulate the material if the victim didn’t pay him OMR300 as compensation.
The victim complied, but in 2015, the issue flared up again, with the ‘brother’ asking for another OMR2,000 as hush money.
Too afraid to go to the police, the victim complied once again paying the money through a supposed ‘middleman.’ The fictional girl’s ‘father’ too extorted money, demanding another OMR3,000.
The ‘father’ then contacted the victim again, telling him he’d brought this up in court, and would make it go away for OMR8,000. Terrified of the consequences, the victim took a loan from the bank and paid OMR6,000. In addition, the blackmailer posing as the middleman demanded a monthly compensation of OMR500 for more than a year.
Fed up with this ordeal, the victim went to the courts, and discovered that there had only been one perpetrator all along: the middleman had been posing as the girl, the brother, and the father, and had extorted a total of OMR13,000 from the victim.
The accused was arrested by order of an official warrant by the Public Prosecution. He was interrogated and admitted to the crime attributed to him in detail, and this resulted in the seizure of the phones in his possession, in addition to an external memory stick found in his car.
The Public Prosecution called for the highest form of punishment to be meted out to the blackmailer, and he was recently convicted in the courts. Although the victim was also been found guilty of using an electronic device for improper use, his case was dismissed on account of his extenuating circumstances.
“This is a very serious trend coming up, as more people are becoming trapped within cyberware,” said Dr. Saqib Ali, Information Systems professor at Sultan Qaboos University.
“There are people who don’t even know that they can be an easy victim to blackmail. Your information is there, it’s vulnerable to attack, and you’ve taken no precautionary measure to protect your data. And up to the point you’re getting blackmailed, you didn’t even know it was a possibility for you,” he said.
Electronic blackmail cases have increased throughout the years, with just one case confirmed in 2011, increasing to 163 cases in 2016, according to NCSI statistics.
“This is why people really need to understand the process of blackmail in terms of viruses and malware. Their information needs to be protected, and these preventative measures are available, they’re simple. IT literacy is quite low,” Ali explained.
An NCSI report explained that motives for blackmail include monetary benefits, as well as sexual benefit.
“The blackmailer could form a strong friendship with the victim; then use a chatting platform to save explicit content that the victim had shared. The blackmailer would then threaten to release the information if the victim does not agree to the blackmail terms, which could be monetary, or involve revealing personal information, or performing immoral acts,” the report said.
The second reason would involve the victim being hit with malware or viruses that would expose personal information for the blackmailer to use.
“In the cyber world, we are constantly doubting the information we share. Who is going to access this information? How will it be accessed? Where is this information going? Oman is doing a great job at following up on these incidents with the framework in place. CERT is constantly following up on incidents of cyber-attacks. But on the public’s side, we need to be cautious so that it doesn’t come to the point where blackmail occurs,” Ali added.
“The public needs to take preventative measures, the service provider must be well aware and the law must be strict,” he said. “If it comes to blackmail, people need to get out of these situations with minimal harm, and that will only be through reporting their situations with the concerned authorities.”
“We also need awareness of the strict measures regarding those who inflict blackmail. Anyone who engages in these situations is up for very harsh penalties from authorities,” he added.
In a tweet, the Royal Oman Police (ROP) has indicated that a person who uses technology to threaten another person will be punished. “Offenders will be jailed for a minimum of three years and maximum 10 years plus a fine of between OMR3,000 and OMR10,000 (will be imposed) if the threat is to commit a crime or an indecent act,” the police tweeted.
The NCSI has recommended that families have honest conversations to spread the culture of reporting such cases, and advised people to be aware of the information they share.
To report any cyber security incidents, residents can contact the Oman CERT through 24166828 from 7.30am to 2.30pm or through [email protected]. Cases can also be reported to the ROP hotline at 80077444.