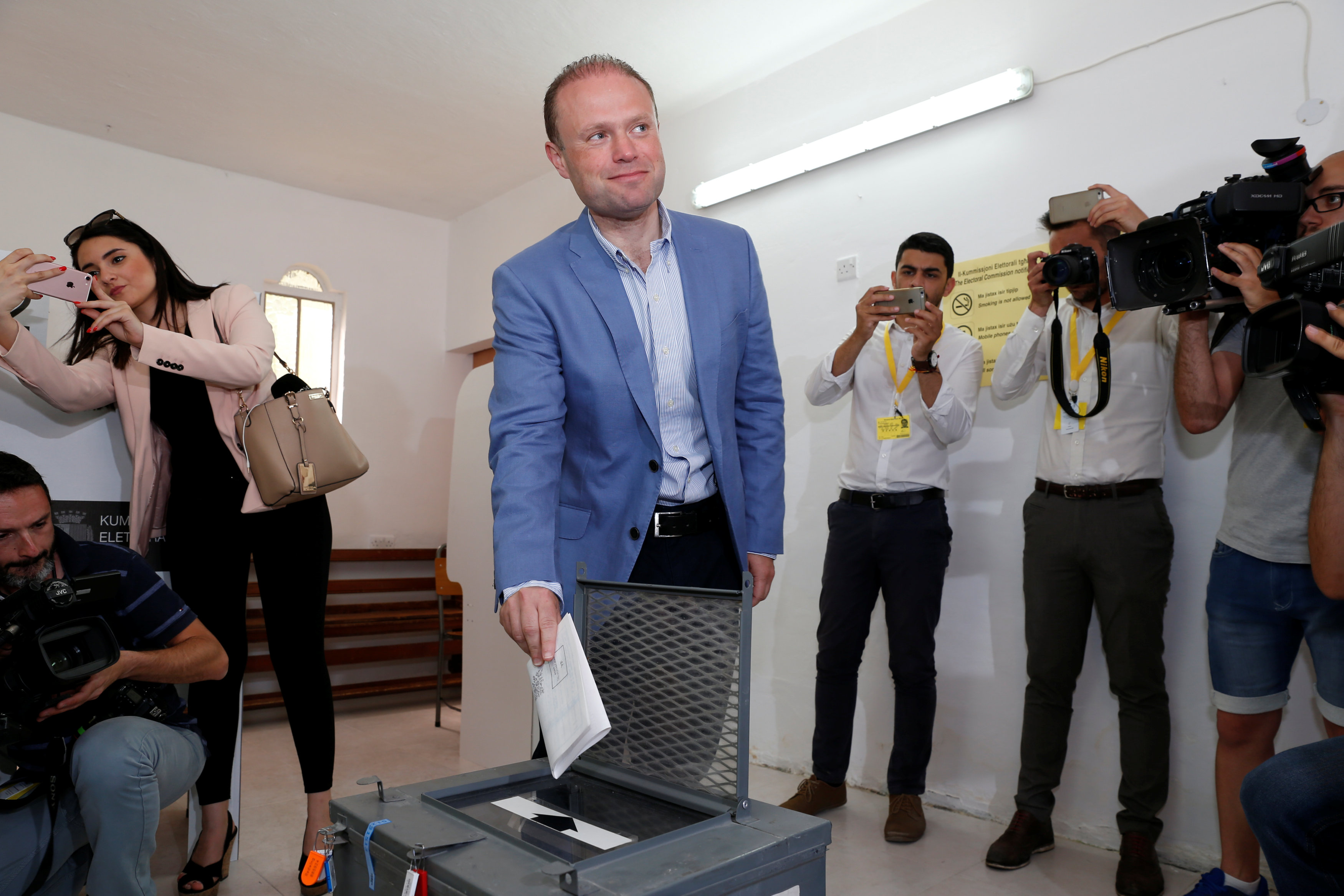 Valletta: Maltese voters cast ballots in a snap election on Saturday called by Prime Minister Joseph Muscat, who has sought to fend off corruption allegations levelled at his wife and associates with a campaign touting the island's solid economic performance.
Muscat, leader of the Labour party whose five-year term was due to end next year, is running for a second term against opposition leader Simon Busuttil, who is leading the Nationalist Party into parliamentary elections for the first time. Party officials on both sides expect high turnout among the Mediterranean island nation's 342,000 eligible voters, who can cast ballots until 10 pm (2000 GMT).
There are 224 candidates standing for the election for the 65-seat parliament, with results expected on Sunday morning. Opinion polls gave the 43-year-old Muscat and his Labour party a 5 per cent lead but also showed many voters were undecided until the vote.
The president will ask the leader of the party that wins the most votes to form a government. Muscat called the early vote a month ago, saying they were vital because of the corruption allegations that he said risked creating uncertainty that could undermine economic growth.
Busuttil and the Nationalist Party had demanded Muscat step down over allegations of improper business dealings by his wife and some of his associates. Magistrates are investigating the allegations.
Muscat has described the claims against his wife as the "mother of all lies". Muscat is hoping the island's robust economy will help him to a second mandate.
Economic growth is running at about 6 per cent, unemployment is at a record low of about 4 per cent, and wages and pensions are rising. The 48-year-old Busuttil, a lawyer and former member of the European Parliament, has said doubts tied to the corruption scandal risk undermining Malta's reputation, particularly in financial services, which account for a fifth of the economy.