Civilians killed while fleeing IS in Mosul 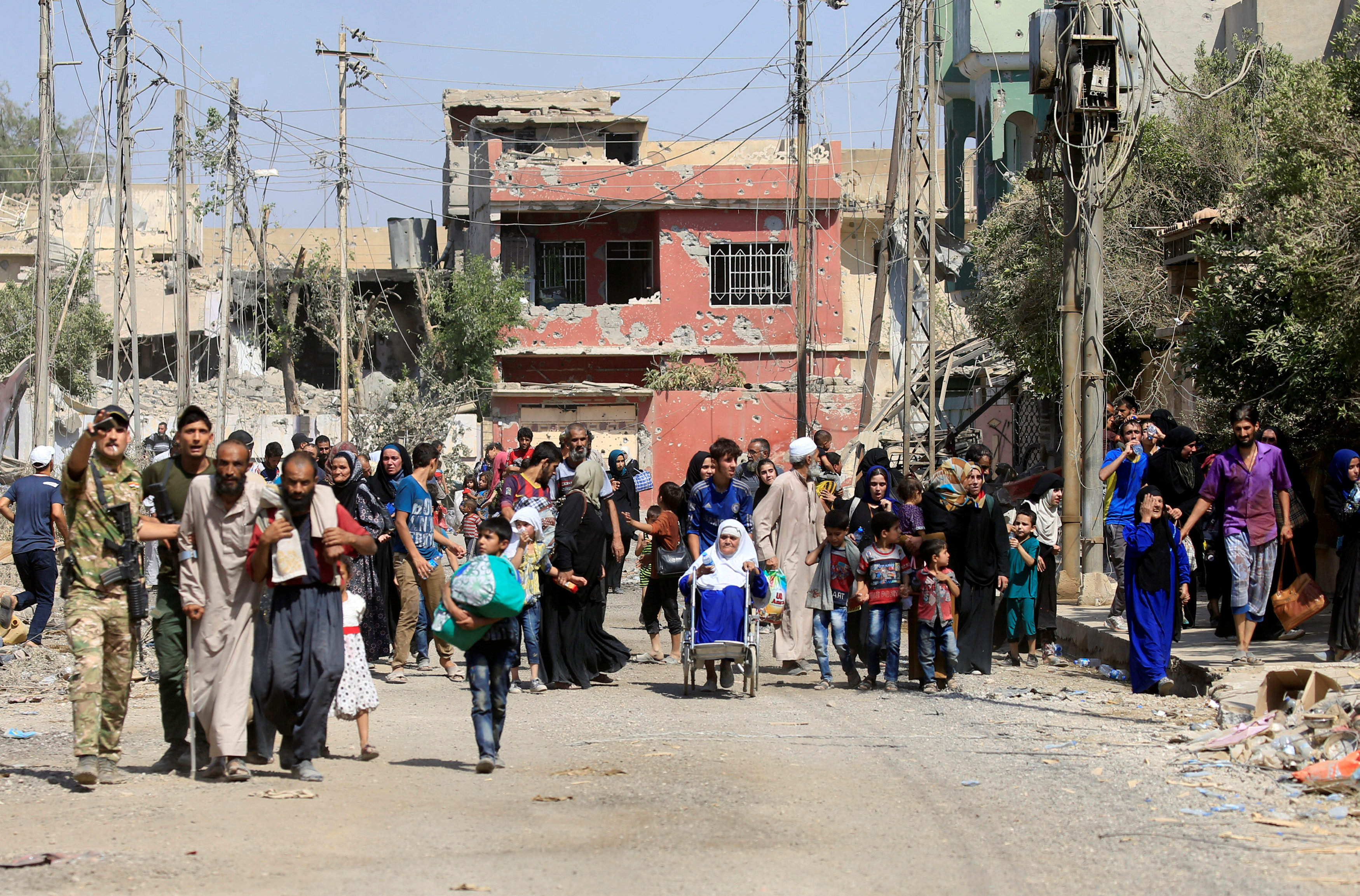 Mosul( Iraq): Dozens of dead bodies of civilians killed while fleeing an IS-held neighbourhood in Mosul were lying on Saturday in a street close to the front line with Iraqi armed forces, a Reuters TV crew reported.
The bodies belonged to men, women and children. Bags in which they carried their belongings were strewn around the street leading out of the Zanjili districts, one of three still in the hands of IS in Mosul. Hundreds others managed to reach the government lines, some wounded and some carrying apparently dead bodies in blankets.