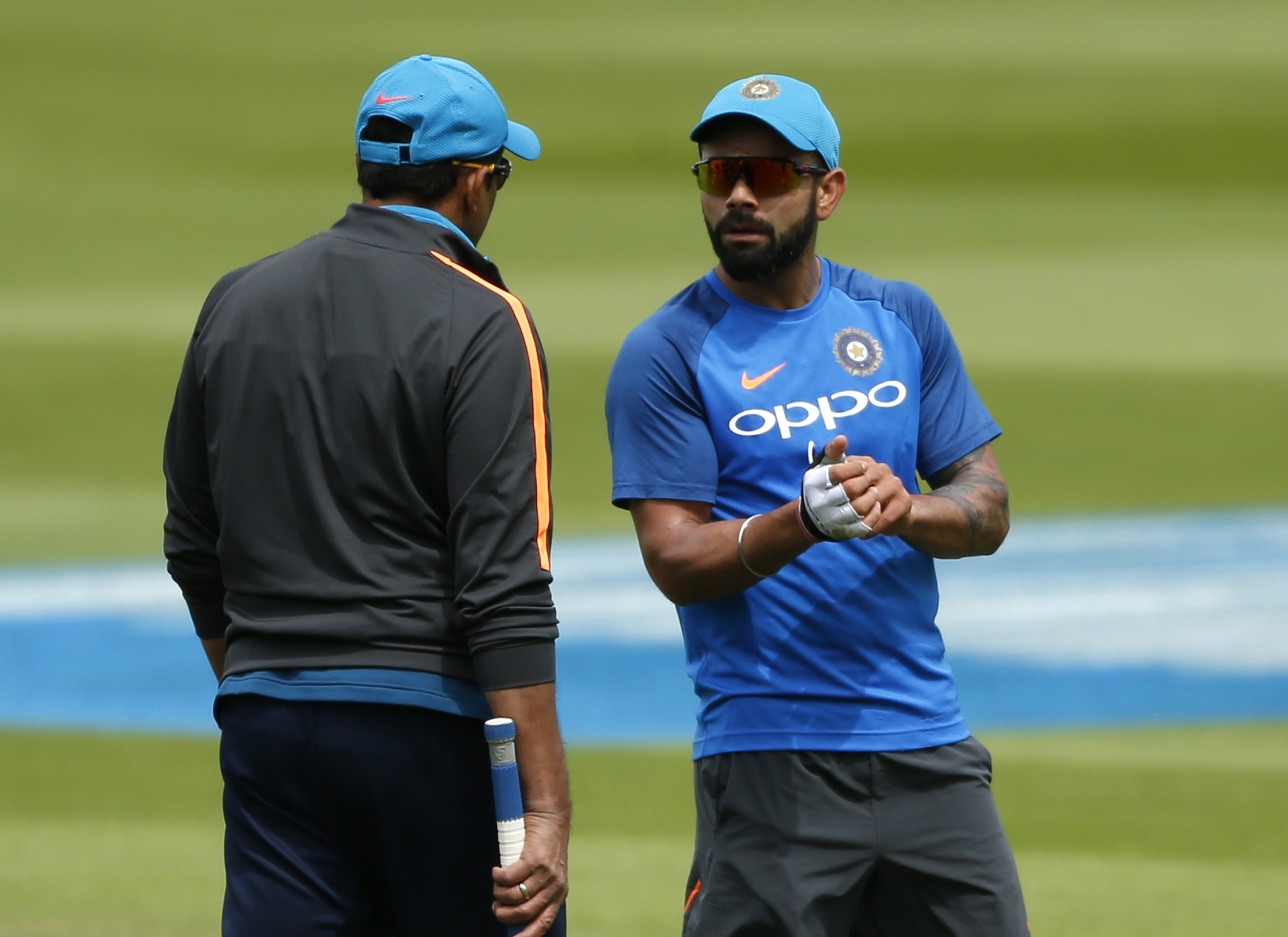 Birmingham: Indian team captain Virat Kohli on Saturday dismissed the speculated rift with Anil Kumble, stating that there were "no problems" with the chief coach and the entire episode was nothing but rumours.
"There are a lot speculations and lot of things being written by people without actually being part of the change room which is quite strange. There are no problems whatsoever," Kohli was curt while addressing the media ahead of the Champions Trophy opener against arch-rivals Pakistan.
When the question was rephrased by another scribe about how his journey with Kumble has been through the past year, he answered with an equally deadpan expression.
"It's been really good. The whole journey has been good," he said.
On alleged disagreements with Kumble, the skipper made it clear that one should only comment when aware of the situation.
"Agreements and disagreements happen. I would not comment on things that I am not fully aware of. I would not speculate. I think there is lack of patience right now and nobody admits mistakes. If you (media) write something and it goes wrong, have the heart to admit that you have gone wrong rather than saying that problem has been solved," Kohli said.
Kohli described the team as a family where disagreements can happen.
"It's normal to have disagreements, even at home, not everybody agrees on everything. It's human nature. When you don't know about something completely, don't spread rumours and speculate, just focus on cricket," he was terse in his answers.
Kohli said he understands that media has a job to do and he would rather focus on his -- that is playing cricket.
He didn't wish to elaborate on why the BCCI invited coaches' application despite Kumble's phenomenal record.
"I don't understand why there is speculation for a process. I don't even know, I don't want to know. In a tournament which is so much in focus, lot of people like to find rumours before the tournament. They are trying to do their job and get their livelihood, we will focus on our livelihood.
"But one thing that I want to say is that, unless someone is part of something, I don't think they should sit on judgement or speculate."
Questioned on how he deals with off-field pressures, Kohli said he likes to switch off when he is on the field.
"You have to handle stuff when you are thinking. When I don't think, I can carry on with life. I don't take pressure on me all the time. I never played irresponsibly even when I was not captain. I don't feel, I have to do something extra to get something as captain," said the skipper.
Predictably, he termed Pakistan as just another game.
"I don't think any other team also puts a price on just one game. We take the same mindset to every game that we play for India, the mindset does not change."