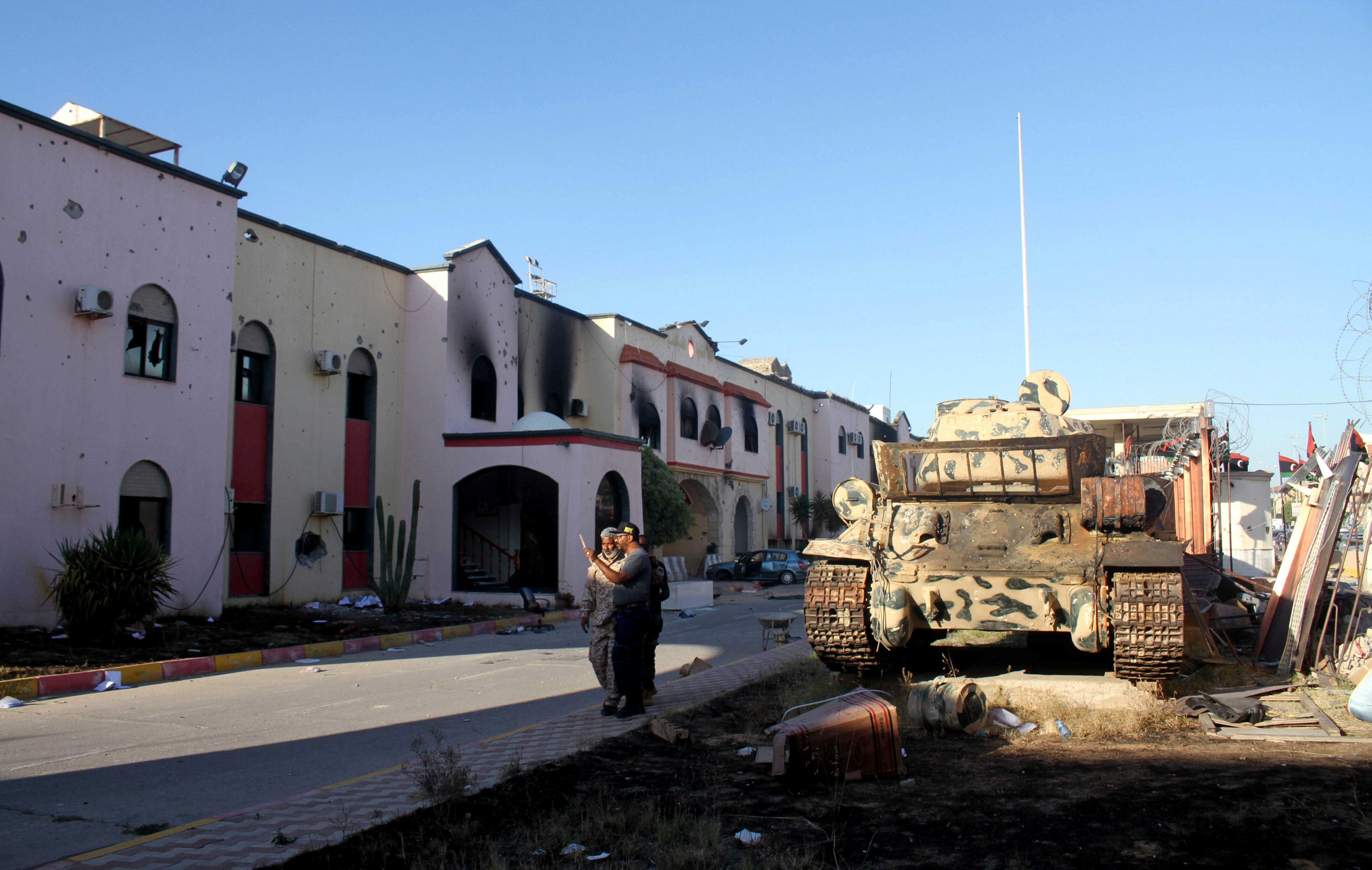 Benghazi (Libya): Libyan forces loyal to eastern-based commander Khalifa Haftar said they had taken the strategic military base of Jufra on Saturday after rival factions withdrew.
The move consolidates control for Haftar's self-styled Libyan National Army (LNA) over the central desert regions of Jufra and Sabha, where they have recently taken a string of towns and bases.
It could also be a key step in the LNA's stated goal of moving towards the capital, Tripoli.
On Friday, after the LNA entered towns just south of Jufra military base, its spokesman said its forces would gradually move towards the town of Bani Walid, nearly 350 km (215 miles) northwest of Jufra.
Jufra is just over 500 km (300 miles) southwest of Benghazi, and about the same distance southeast of Tripoli.
The LNA is aligned with a parliament and government based in eastern Libya that have rejected a U.N.-backed administration in Tripoli.
Haftar met the head of the U.N.-backed Government of National Accord (GNA) a month ago in Abu Dhabi, pledging to calm tensions in the south and producing hopes of a political deal that could stabilise the country.
But two weeks later violence escalated in Jufra and Sabha after dozens of fighters loyal to the LNA were killed last month in a raid on Brak Al Shati air base near Sabha city.
Brigades aligned with the GNA and the Benghazi Defence Brigades (BDB), a force that includes hardliners and other fighters who have fled the LNA's advances since last year in the eastern city of Benghazi, have since retreated from the area.
Mohamed Al Afirs, spokesman for the LNA's 12th Brigade, said his men had found Jufra base deserted when they entered late in the morning. Local forces aligned with the LNA had clashed with the BDB on Friday, but the BDB then withdrew towards Misrata, LNA officials said.
The latest LNA advances came after heavy LNA air strikes on Jufra. Egypt has also carried out air strikes in Jufra, as well as in the far eastern city of Derna, which it said targeted militants linked to an attack on Coptic Christians in the southern Egyptian province of Minya.
However, analysts say the strikes appear partly designed to help Haftar, a close ally of Egypt.