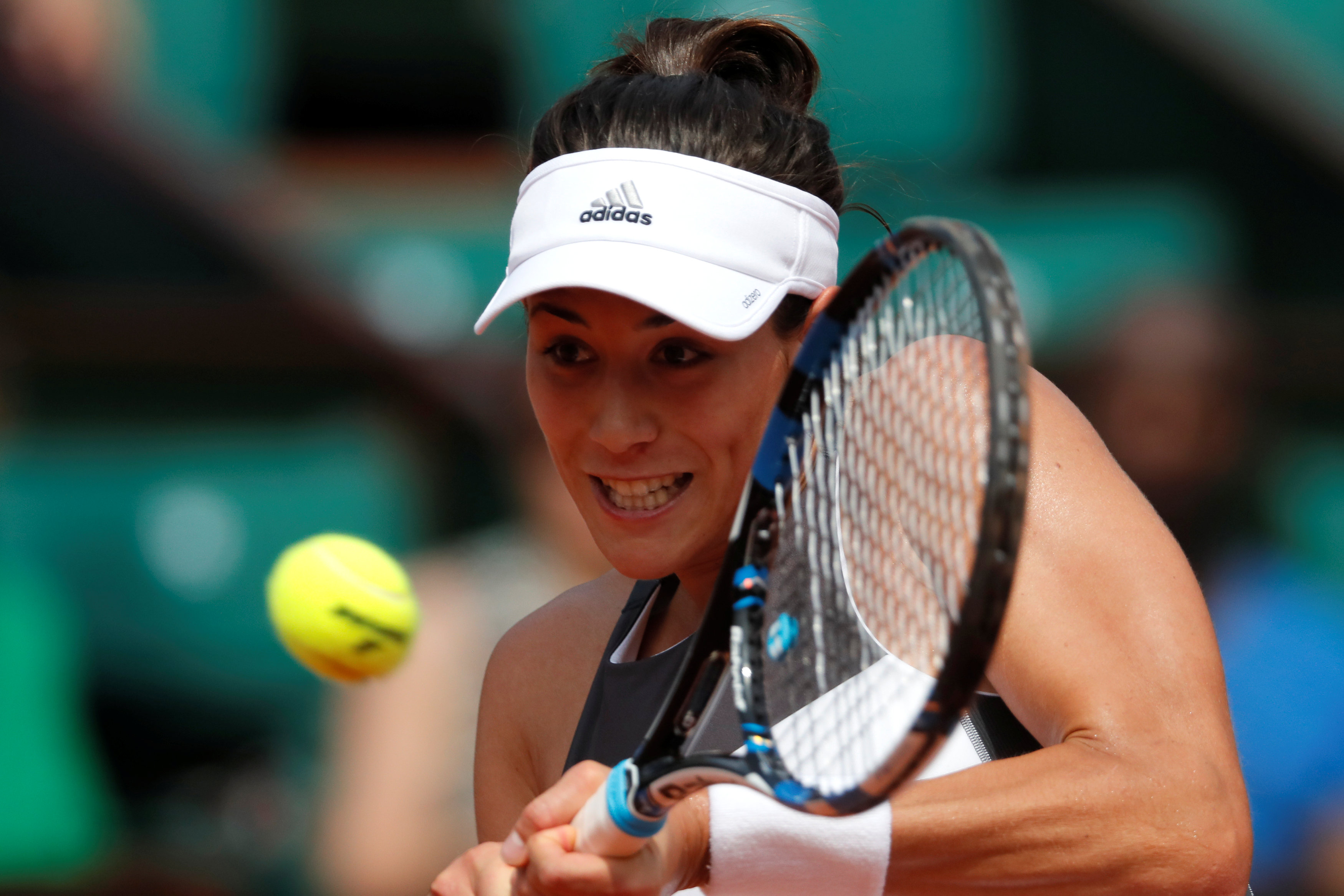 Paris: A storm was brewing at Roland Garros on Monday on day two of the French Open as defending champion Garbine Muguruza faced 2010 winner Francesca Schiavone in muggy conditions on Court Philippe Chatrier. The match was interrupted for about 10 minutes while first-aiders helped a woman in the stands while Muguruza was 3-2 up in the opening set. The fourth seed, in mediocre claycourt form this season, is up against a player who won a WTA tournament on the red dirt in Bogota last month. The Spaniard will hope to avoid the embarrassment of becoming only the second reigning champion to exit the tournament in the first round after Anastasia Myskina in 2005. Temperatures are again expected to reach the 30s degrees centigrade in Paris and storms are forecast for later in the day, with possible rain showers that could disrupt a packed schedule. Spectators endured long queues at the gates because of multiple security checks to access the stadium, where defending champion Novak Djokovic practiced on the main showcourt before the start of play. With new coach Andre Agassi in tow, the former world number one takes on Spanish claycourt specialist Marcel Granollers of Spain later on Monday. Nine-time champion Rafa Nadal, who practiced in the early hours to avoid the searing heat, faces the unpredictable Benoit Paire of France. In the women's draw, French hopes will rest with Kristina Mladenovic, who has this season reached claycourt finals in Madrid and Stuttgart. The 13th seed is third on Court Philippe Chatrier against American Jennifer Brady -- weather permitting.