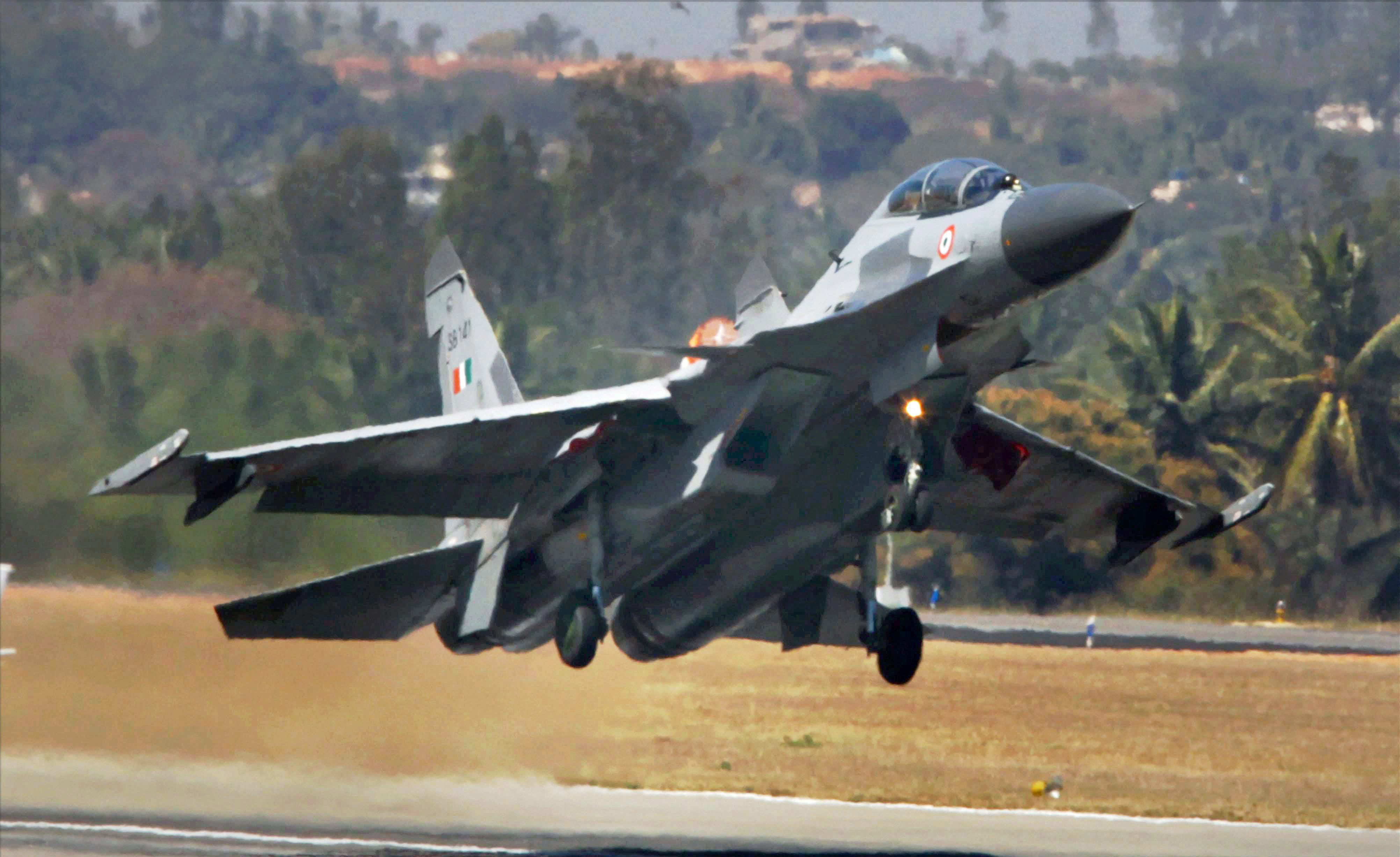 Tezpur/New Delhi: The black box of the Sukhoi-30 MKI fighter jet that went missing with two pilots on board has been recovered from a dense forest in Arunachal Pradesh, two days after wreckage of the plane was sighted. However, the fate of the crew was not yet known.
"A ground search and rescue party has reached the crash site. The black box of the aircraft has been recovered. Further search is in progress," Indian Air Force spokesperson Wing Commander Anupam Banerjee said in Delhi. The identity of the missing pilots has not been disclosed and the worst is feared. The jet had gone missing shortly after taking off from Tezpur Air Force station on Tuesday on a routine training sortie and its wreckage was found on Friday in a dense forest, 60 km from Tezpur airbase. The Indian Air Force has already ordered a court of inquiry into the crash. The wreckage was spotted from air, and search teams reached the crash site on Sunday only.
The rescue teams could not reach the spot earlier due to inclement weather and because the area had dense foliage. The plane was part of a two-aircraft formation when it went missing. The first batch of the Russia-made fighter jet was inducted by the IAF in the late 1990s. Since their induction, seven crashes have taken place.
A frontline fighter jet, SU-30 MKI aircraft were deployed in the Tezpur airbase on June 15, 2009 for guarding the Sino- India frontier in Arunachal Pradesh. At present, two squadrons comprising around 36 aircraft are deployed at Tezpur.