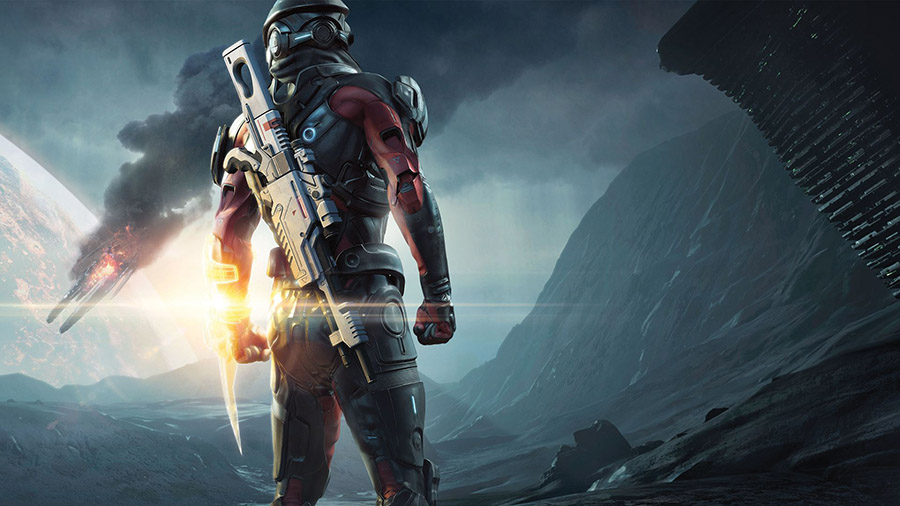 It’s been a good six years in the making (and our longing for Bioware’s latest epic hasn’t made time pass any faster, but Mass Effect Andromeda is finally here. It’s been worth the wait, but I wouldn’t have minded waiting a couple months more if it meant the game had a bit more polish. That lack of sheen is not the only thing that I feel Electronic Arts and Bioware fell slightly short of expectations. We were expected the natural successor to Commander John Shepard, and felt pretty downcast when we had to say goodbye to him and the rest of his crew, but there are plenty of mementoes strewn around the Andromeda galaxy that show you the legacy Shepard, Garrus, Samara and the rest of the gang left behind.

Andromeda is set between the 2nd and 3rd installments of the original saga, and sees the dominant races of the Milky Way – the humans, asari, turians, krogans, quarians and salarians – each send 20,000 brave volunteers to colonise the Andromeda Galaxy, located 600 light years away. The colonists are placed in stasis, and will be woken up as they approach their destination.

Titled the Andromeda Initiative, the move sees each of these races occupy one planetary system – called a ‘golden world’ – which has been discovered after decades of ostensible research and deep-space exploration. It’s meant to be Shangri-La for the races of the Milky Way Galaxy, a place where one can dream, but the colonists who’ve been sent to Andromeda are in for a nightmare almost the moment they arrive.

The player adopts the mantle of either Sara or Scott Ryder – your character’s gender is yours to choose, the computer controls your sibling – the child of Alex Ryder, the leader of the human colonists, who is also known as the Pathfinder. Their ship, the Hyperion is set upon by a dark energy cloud that temporarily disables their flight controls en route to their golden world, and compromises your sibling’s stasis pod, leaving you, your dad, and a few more commandos to scout out their planet while the ship is brought back online.

What the Andromeda Initiative were promised, though, and what they were actually delivered were in stark contrast to each other: Titled Habitat 7, their planet is drastically different from the world they’d envisioned. Worse still, it’s already occupied by an extremely militaristic race called the Kett, who aren’t too fond of outsiders from other planets, let alone other galaxies.

While Alex is bogged down fighting the Kett, it falls to Sara (I chose to play as her) to find her comrades, who crash-landed on the planet due to its extremely unpredictable atmosphere, and stumbles across advanced technology left behind by a predecessor race called the ‘Remnant’. Using this tech, Sara can stabilise the atmosphere, which enables her to depart along with her crew.

Not all of them, though: Her father valiantly sacrifices his life so that they can make it off-world, leaving humanity without a Pathfinder to guide them in this treacherous new world, until the crew vote for Sara to take her father’s place.

With that in place, the Hyperion heads for the Nexus, the intended meeting point for the four arks, only to realise that not only are they the only ark to have shown up, but that the crew on board the Nexus waited for so long for someone to show up that they stopped constructing it altogether, meaning the massive space station that will house people before they can be dropped off planet-side is incomplete, adding yet another story arc for Sara and her well-thought out crew to chase down.

Andromeda may not have the same urgency or tight game structure that its predecessors in the Mass Effect universe have had, but that’s a good thing. The Andromeda Galaxy is scattered with planets that feature both gorgeous and wonderfully harsh landscapes, as well as people as cultures – the Angara are natives to this region – that cannot be seen in the form of a whistle-stop tour.

And then there’s the Tempest, the Pathfinder’s state-of-the-art frigate which allows you to traverse the length and breadth of this galaxy at your leisure. It may not have the character or history of Commander Shepard’s Normandy, but it will grow on your just the same.

There’s other bells and whistles, too. You can now create your very own armour and weapons as you scan Andromeda for new technology, building up an incredible arsenal with which to aid your cause.
There are, though, numerous glitches that don’t give the game the sort of character that its predecessors had, but Bioware are sure to address that in time. Mass Effect: Andromeda is a game that you can revisit time and time again, as you eke out a path not just for you, but for the Milky Way as a whole. That was the purpose behind the Andromeda Initiative: To provide Earth and the rest of the planets we know so well with a second line of defence against the Reaper invasion.
Did I not mention that earlier?
— [email protected]

What’s it about: Humanity has answered the call for a brave new world, and wants you to join the Andromeda Initiative. Will you lead your people across the galaxy?