Was there a second assassin of Mahtama Gandhi: PIL in Supreme Court questions 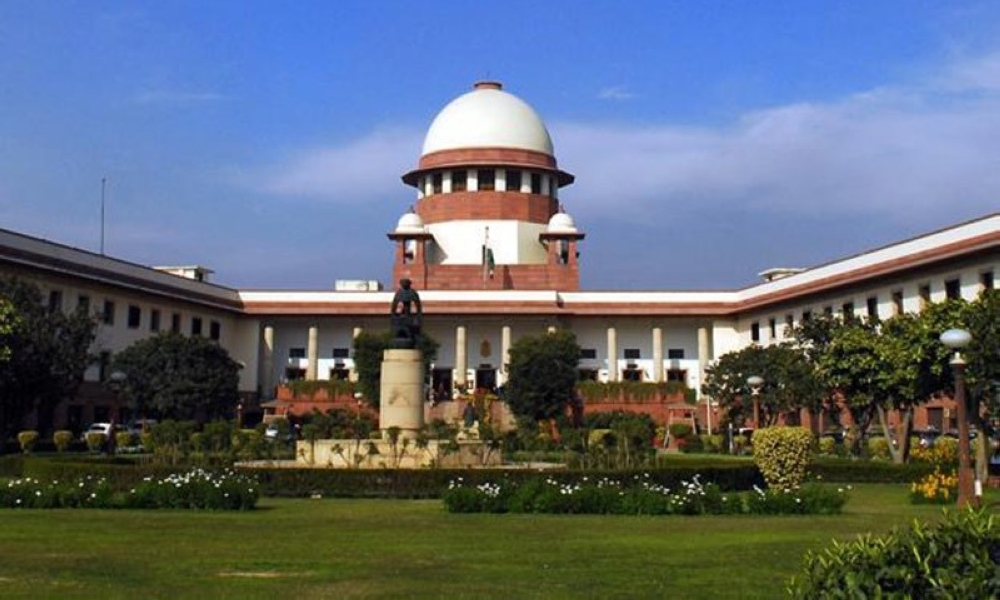 New Delhi: Was there a second assassin of Mahatma Gandhi? Though the police went by the theory that three bullets were fired upon him, was there a fourth bullet also which was fired by someone apart from Nathuram Godse? These questions are among several which have been raised in a petition before the Supreme Court with a plea that there is a compelling need to uncover the larger conspiracy behind the murder of Mahatma by constituting a new Commission of Inquiry.
The petition also raises questions about the investigation into Gandhi's murder suggesting whether it was one of the biggest cover-up in history and also whether there was any basis to blame Vinayak Damodar Savarkar for his death? The petition by Dr Pankaj Phadnis, a researcher and a trustee of Abhinav Bharat, Mumbai, has claimed that the Justice J. L. Kapur Commission of Inquiry set up in 1966 had not been able to unearth the entire conspiracy that culminated in the killing of the Father of the Nation.
Phadnis has also questioned the three bullet theory relied upon by various courts of law to hold the conviction of accused, including Nathuram Godse and Narayan Apte, who were hanged to death on November 15, 1949, while Savarkar was given the benefit of doubt due to lack of evidence.
Inspired by Savarkar, Abinav Bharat, Mumbai, was set up in 2001 and it claims to work for the socially and economically weaker section with a focus on bridging the digital divide. Phadnis claimed that his research and media reports of those days suggested that four bullets were pumped into Gandhi and the difference between three and four shots was material as the pistol by which Godse shot Mahatma on January 30, 1948 had a seven bullet chamber and the remaining four unspent bullets were recovered by the police.
"There was no way the fourth shot could have come from this (Godse's) pistol. It had to be from the gun of a second assassin, no trace of whom survives in any record," he stated in the petition.
Besides approaching the apex court, Phadnis has also shot off a letter to Prime Minister Narendra Modi for expunging of "adverse unfounded" remarks made by the Kapur Commission against Savarkar, whose portrait was unveiled in 2003 in the Central Hall of Parliament. Coincidentally, Savarkar was born on this day in 1883 and on Sunday is his 134th (134th) birth anniversary.
In his May 10 letter to the prime minister, the Mumbai resident said during his birth anniversary, "vested interests will once again unleash the bogey of apology by Savarkar to the British."
Elaborating on his efforts, Phadnis said for the last two decades, he has been "fighting a war to unearth the truth behind horrors of partition, clear the name of Veer Savarkar and bring before the nation, true murderers of the Mahatma.
"This quest has taken me to the doors of the Ministry of Law and Justice, the Bombay High Court and the Ministry of Home Affairs. Finally I have filed a Special Leave Petition (appeal against the High Court order) in the Supreme Court," Phadnis stated in the letter to Modi. He has challenged the decision of the High Court which on June 6, 2016 had dismissed his PIL on two grounds, firstly, that the findings of fact have been recorded by the competent court and confirmed right up to the apex court and secondly, the Kapur Commission has submitted its report and made the observations in 1969 while the present petition has been filed after 46 years.
The petitioner said the case is one which concerns the truth behind the real hands or culprits who performed the dastardly act of Gandhi's killing and also their hidden agenda of derailing the Great Gandhi-Jinnah People-to-People Contact that the Mahatma had planned to embark upon. This plan was derailed because of the assassination, the consequences of which are being felt even now, he contended.