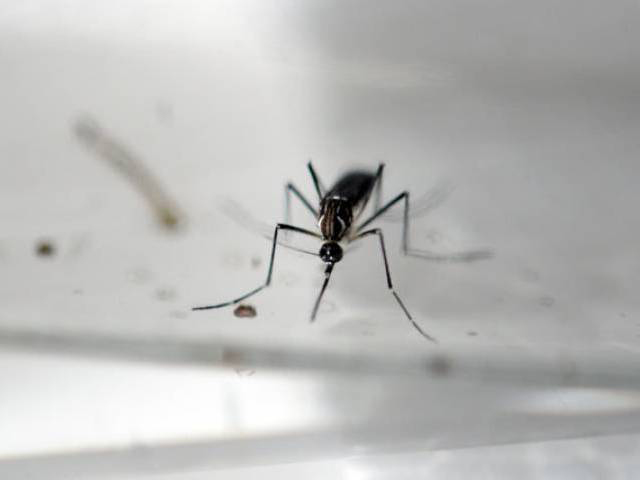 Gandhinagar: Amid an atmosphere of anxiety among citizens following detection of Zika virus in Ahmedabad, the Gujarat government on Sunday said all the three cases were isolated and currently no such threat exists.
Gujarat Chief Secretary J. N. Singh claimed ample steps have been taken after the National Institute of Virology, Pune, confirmed that three persons from Ahmedabad were infected with Zika between January and February, 2017. "There is nothing to worry about at present. Out of the three patients found to be infected with Zika, two were pregnant women while one was a 64-year-old man. All the three cases were isolated, and no new case was found since February, when the third and last case emerged," Singh told reporters.
State authorities had sent blood samples of these three patients to NIV for final confirmation after the laboratory attached with B. J. Medical College in Ahmedabad found presence of Zika virus in primary screening of blood samples, he added.
Among these, two pregnant women belonged to Bapunagar area of the city while the elderly man was from western part of Ahmedabad, Singh said. According to him, the two women later gave birth to healthy children having no sign of Zika infection or any other deficiency due to the infection to their mothers. "After we came to know about these cases, health authorities had launched a massive drive in those areas during those months and collected thousands of sample from the patients who were having fever. However, not a single positive case was found," said Singh.
On Saturday, the World Health Organisation (WHO) announced that three positive cases of Zika virus have been reported in Ahmedabad city between January and February. Asked why the Gujarat government had not announced the same at that time, Singh said it was not a secret, as the Union Health Ministry had already announced it during the last Parliament session in March. "While responding to a question in Parliament in March, Union Minister of State for Health had announced that three cases of Zika were found in Ahmedabad. This was also reported by some newspapers at that time. Thus, there was no secrecy from the government's side," claimed Singh. He also said it is still unclear how this virus entered Gujarat, as none of the patients had gone abroad.
"Zika can spread locally through mosquitoes or it can enter India if the infected person comes back from a foreign country. All the three Zika patients never went abroad in their life. Thus, it is still unclear how they got infected," said Singh.
According to Gujarat Health Commissioner J. P. Gupta, around 350 health teams have screened 25,000 houses in Bapunagar area during January and February, however, no positive case of Zika infection was found. "Apart from mosquito bite, this virus also spreads through sexual transmission. When the first sample was tested positive for Zika by NIV, we had launched a massive drive to find other cases through 350 teams. But, no new case was found," said Gupta.
Asked about the allegation of secrecy maintained by the state government, Gupta also said the issue was very much public as the Centre had already announced it in Parliament. "It was Centre which informed WHO about the virus. WHO had not announced from their side. There was no immediate public health scare. All these cases were random and not linked. We only did primary tests while final confirmation came from the NIV," said Gupta.
Gujarat Chief Minister Vijay Rupani has assured citizens that Zika poses no immediate threat at present. "All the three cases were old. As soon as our government learned about it, we have taken decisive steps. It is my appeal not to panic, as no new case has emerged since then. My government is taking all steps to stop the spread of Zika virus," he said at a function in Kheda district.
Meanwhile, Dr Atul Patel, an expert and an advisor to state government on health issues, said there is no specific cure for Zika and it is a non-fatal virus unlike that of dengue. "Zika virus belongs to the same family of malaria and chikungunya. If it infects a pregnant woman, then it may infect the brain of the newborn. Otherwise, this is not life threatening. Since there is no specific cure, patients can take paracetamol and take rest till he revives with time," he added.