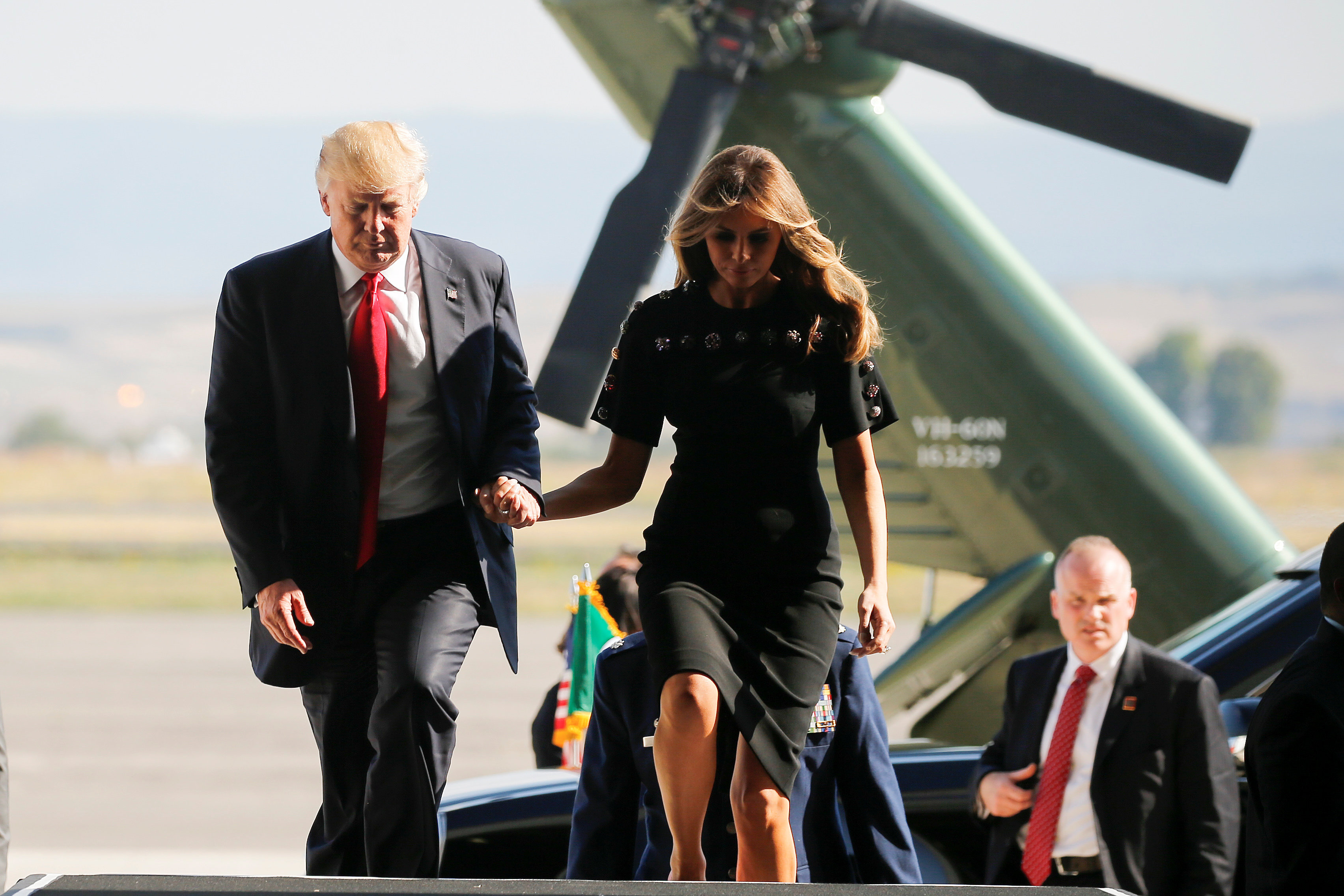 Sigonella (Italy): With trouble facing him back home, U.S. President Donald Trump ended his nine-day overseas journey in dramatic fashion on Saturday, addressing U.S. troops at a campaign-style rally.
Trump flipped traditional U.S. foreign policy upside down on his tour through the Middle East and Europe.
At a Group of Seven summit in the resort town of Taormina on the island of Sicily, Trump refused to entreaties from the other six allies to maintain U.S. support for the Paris climate agreement, insisting he needed more time to make up his mind.
In a hangar at Naval Air Station Sigonella, which is also on Sicily, Trump was introduced by his wife Melania, who has raised eyebrows during the trip by twice flicking away her husband's hand when he tried to hold hers.
"My husband worked very hard on this trip and I am very proud of him," she said.
Trump, whose Marine One helicopter landed from Taormina to the soaring soundtrack of the "Air Force One" movie, emerged from two days of closed door summitry to declare his trip a success.
Trump said he had helped forge more international cooperation in the fight against extremist militants, a threat he said was underscored by a suicide bomber in Manchester, England, and the killing of Coptic Christians in Egypt.
"It was a tremendously productive meeting where I strengthen American bonds," said Trump.
"We have great bonds with other countries and, with some of our closest allies, we concluded a truly historic week."
Trump skipped the traditional end-of-trip news conference to avoid facing questions about a host of problems he faces upon his return to Washington later on Saturday.
His May 9 firing of former FBI Director James Comey has raised concerns about whether he was trying to squelch a federal probe into his campaign's ties with Russia last year.
The questions have been intensified in the wake of disclosures on Friday that a senior adviser, Jared Kushner, the husband of Trump's daughter Ivanka, had contacts with the Russians in December about opening a secret back channel of communications with Moscow.
Trump used his trip to promote "America First" policies, promoting $110 billion worth of arms sales to Saudi Arabia and telling G-7 allies that the United States needs a more level playing field on trade.
His body language on the trip demonstrated his typically brash behaviour, dramatsed by his demands that NATO allies pay more for their defence and his refusal to explicitly declare that the United States backs Article 5 of the alliance's charter, which requires each member to come to the defence of each other.
His pushing aside of the prime minister of Montenegro to get in place for a family photo generated headlines across Europe.
At Sigonella, Trump said his appeals to NATO allies to pay more was working.
"Money is starting to flow in," he said. "It's only fair to the United States. We're behind NATO all the way. But we want to be treated fairly."