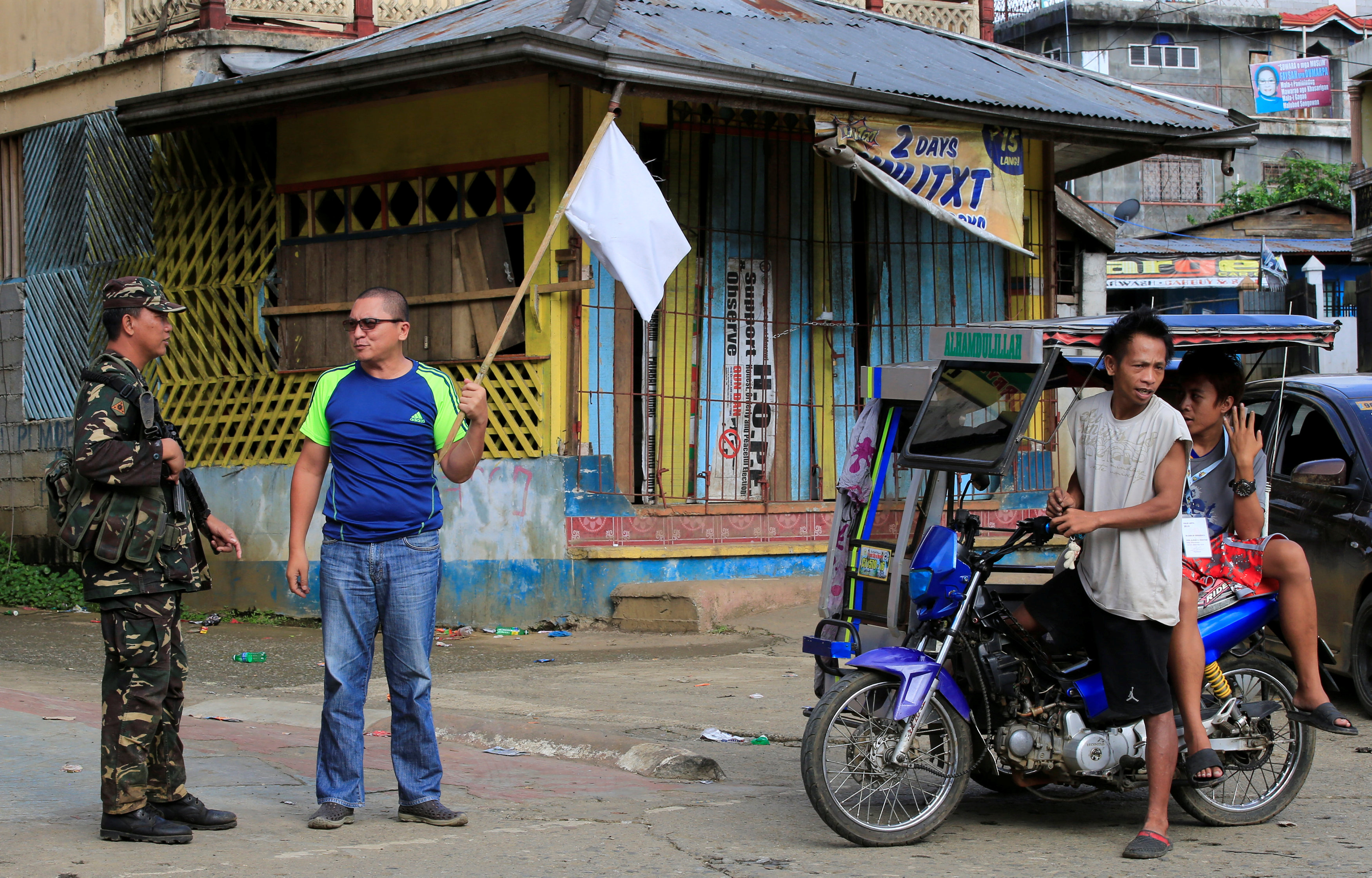 Marawi City (Philippines): Philippine armed forces helicopters fired guided rockets at militant positions on Saturday in an attempt to end a siege in the southern city of Marawi that has raged for five days.
The use for the first time of the heavy firepower came amid growing confidence that the location of the man believed to be the leader of the IS-inspired fighters, Isnilon Hapilon, has been pinpointed in the city.
"We are trying to use our maximum force," said Major General Carlito Galvez, who heads the military command in the Western Mindanao region.
"The main purpose of the offensive is to suppress the lawlessness and to maintain normalcy in Marawi so that our people here, our countrymen, can return, especially by Ramadan."
Ramadan began on Saturday and has special significance in Marawi, which has a predominantly Muslim population.
The Maute rebels' hold of Marawi City and the government's announcement that Indonesians and Malaysians were among the fighters has raised alarm about the prospect of IS's radical ideology gaining traction Southeast Asia.
The Maute have emerged from the glut of bandit and separatist groups in the southern Philippines and are a tactically smart, social media savvy group eager to align with IS militants.
Security experts say Mindanao could become a draw for regional extremists and the Maute's alignment with the IS group and its ability to take on the military could support moves to secure funding and recruit foreign and local fighters.
A city of 200,000 people, Marawi is mostly deserted, with officials saying "80-90 per cent" of the population has been evacuated.
Some resident remain in relatively safe neighbours but others are trapped close to the fighters from the Maute group and other militants from the area.
IS's Amaq news agency claimed responsibility for the Marawi unrest, although that came more than a day after it started. The military says Maute has yet to be endorsed by IS, or ISIS, as one of its affiliates.
The militants have control of some government buildings, including a jail, which was seized on Tuesday, leading to the escape of more than 100 prisoners, including some Maute members.
"I saw them near the highway. I saw ISIS there. I could tell because they wore black headbands with the ISIS signs," said one man fleeing Marawi by foot, who identified himself as Musa.
"They were also riding around my area on motorcycles."
Jo-Ar Herrera, a military spokesman, said 41 militants had been killed, with 10 more deaths after heavy fighting on Friday. Two more soldiers died, bringing the total of those killed in action to 13. Forty-five military personnel had been wounded.
Asked whether the military had located the whereabouts of Hapilon in Marawi, Herrera answered "yes".
"They can run but they can't hide," he said, adding that it was only a matter of time before Hapilon is captured or killed."
Hapilon, a leader of another Mindanao-based rebel group Abu Sayyaf, pledged allegiance to IS last year and has formed an alliance with Maute.
The military says he is still wounded from a January air strike and the fierce Maute resistance is aimed at protecting him.
According to Philippines Defence Secretary Delfin Lorenzana, Hapilon received $2 million from Syria to fund his campaign in Mindanao.
Sidney Jones, a regional security expert, said it was not clear that Hapilon was calling the shots in Marawi. Abdullah Maute, one of two brothers that formed Maute, may be setting the overall strategy.
"He's smarter, and the fighters are on his territory. So no, Hapilon's death would not cripple the movement," Jones said.