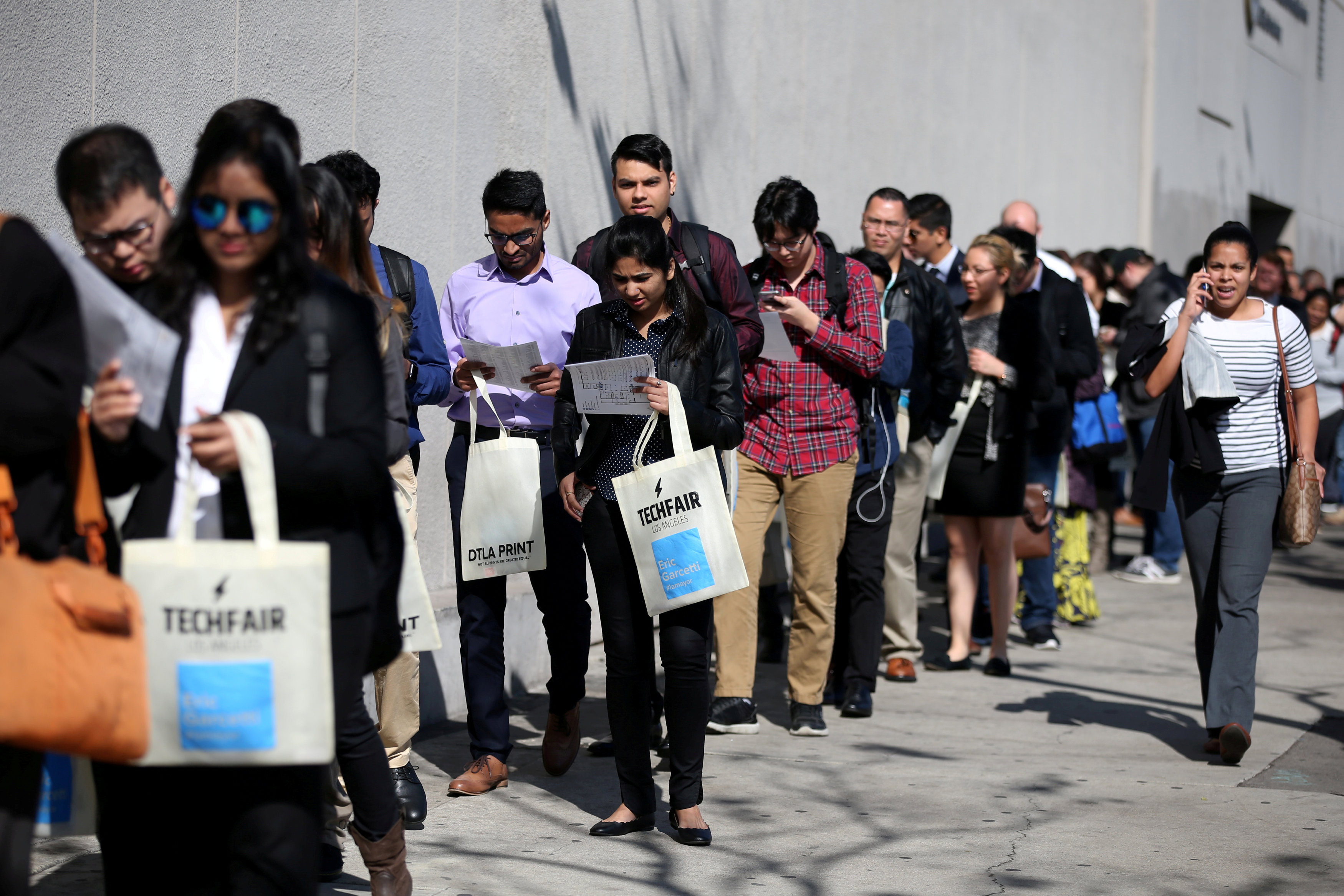 London: Through the global economy's recovery over most of the past decade from a debilitating financial crisis, one thing that has not turned higher in any meaningful way is workers' pay.
This matters for those hoping for higher wages, but also for expectations of an eventual return to the way things were, both for interest rates and the political climate, at least in the developed world.
The widespread perception, through the economic data and the word on the street, is that workers have fallen far behind while stock, bond and house prices have soared to record highs, juiced by zero interest rates and mass central bank asset purchases.
This has helped develop a solid constituency for non-traditional parties and candidates, some of whom — notably US President Donald Trump — have been voted into power.
While job markets in major developed economies like the US, Britain and Germany have made impressive recoveries in terms of posts created and filled, there remains scant evidence the majority of people are doing much better on payday.
US jobs data for May due on June 2, always a focus for well-paid financial market traders and investors, are likely to reinforce the story: a solid pace of hiring but with average wages rising only a bit more than inflation.
Indeed, for all of the talk of "reflation" trades based on now-fading expectations for sweeping US tax cuts and deregulation, the global picture for consumer price inflation hardly looks much stronger than it did a year ago.
Having attempted to put itself on autopilot for a series of modest interest rate increases this year, the Federal Reserve is already feeling compelled to set conditions for a follow-through rate rise in June that once seemed nearly a done deal.
Some policymakers, including St. Louis Fed President James Bullard, are sounding outright worried that inflation hasn't picked up the way it should have done.
On Tuesday, core personal consumption expenditure (PCE) inflation, the gauge the Fed watches and the last one before it next meets to set policy, is expected to keep those concerns alive by showing only a modest increase in April.
Core euro zone inflation data on Wednesday are likely to be weak too.
So European Central Bank President Mario Draghi, in remarks due Monday to the European Parliament, will most likely stick to his broad message that growth is looking solid but a convincing pickup in price pressures remains elusive.
Indeed, for all of the strong evidence of a rebound in euro zone activity this year, brought on alongside a relatively weak euro, a recent ECB study suggests unemployment may be higher than official statistics suggest, another explanation for why wage growth remains so muted.
In Britain, which narrowly voted nearly a year ago to leave the European Union, imported inflation from the pound's sharp depreciation since then has started to bite, wiping out a short period where workers had begun to enjoy real wage gains.
What Britain and most of its major trading partners, including the US, also have in common is a period of particularly poor productivity — missing the most important ingredient in any formula seeking to raise standards of living.
While still hiring at a blistering pace, Britain's economy only managed to scrape out 0.2 per cent growth in the first quarter, less than half the euro zone's rate.
This suggests already dismal growth in output per worker likely went into reverse as business activity temporarily plays second fiddle to campaigning for a June 8 election.
In the US — where back in boom times not so long ago former Fed Chairman Alan Greenspan spoke incessantly of the "productivity miracle" — the situation isn't much better.
"Unfortunately, one of the things that has been holding down wage increases is very slow productivity growth," Fed Chair Janet Yellen told a news conference in March.
Joseph Lavorgna, chief US economist at Deutsche Bank, wrote in a recent note that US productivity has grown at just over a 0.6 per cent annualised rate over the past five years, the second worst such period since World War Two.
While central banks — and of course workers — remain hopeful that average earnings will pick up sharply in coming years, until productivity improves significantly, higher pay may just have to wait for another day.