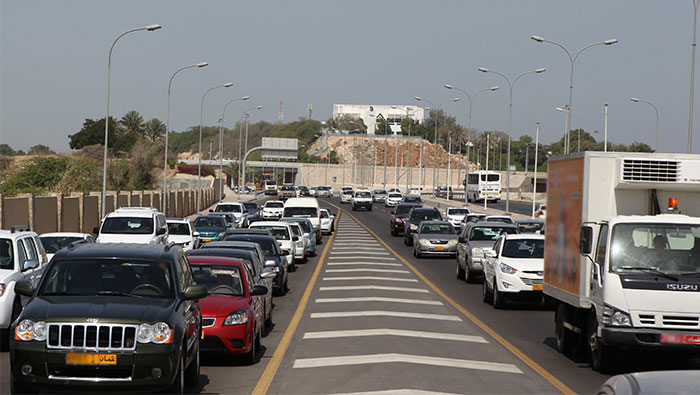 Muscat: Residents in Oman have urged motorists to exercise caution and be patient while driving, in the wake of several traffic jams across the Sultanate’s major roads this afternoon.
A combination of several factors, including people breaking for lunch, getting a jump-start on their weekend, or even fitting in some last-minute Ramadan shopping has left some of the roads congested with vehicles.
The Royal Oman Police, however, clarified that that the road is moving. “There has been no blockage of any kind that is causing this traffic. There is just possibly a large amount of vehicles on the road causing the traffic and slow movement of the road,” an ROP official said.
“It took me 40 minutes to get from Darsait to Qurum,” said Indian expat, S Subramaniam.