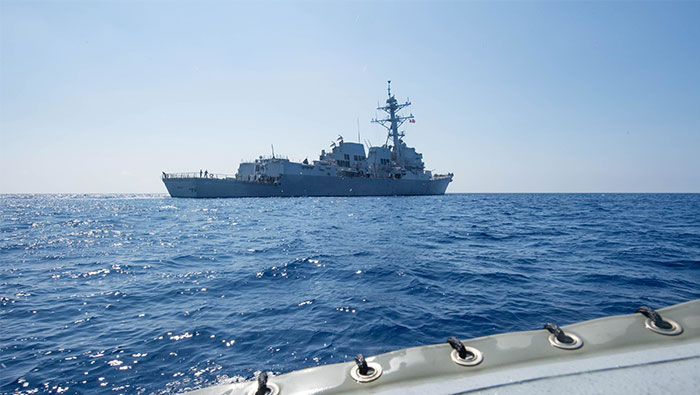 Beijing: China warned on Thursday that the United States risked severely disrupting negotiations between stakeholders in the South China Sea after a U.S. Navy warship sailed within 12 nautical miles of an artificial island built up by China in the disputed waters.
Speaking at a regular news briefing in Beijing, Foreign Ministry spokesman Lu Kang said China urged the U.S. to correct its mistake and refrain from further patrols, adding such actions were very likely to cause unexpected air and sea accidents.
U.S. officials, speaking on condition of anonymity, said the USS Dewey passed close to the Mischief Reef in the Spratly Islands, among a string of islets, reefs and shoals over which China has territorial disputes with its neighbours.