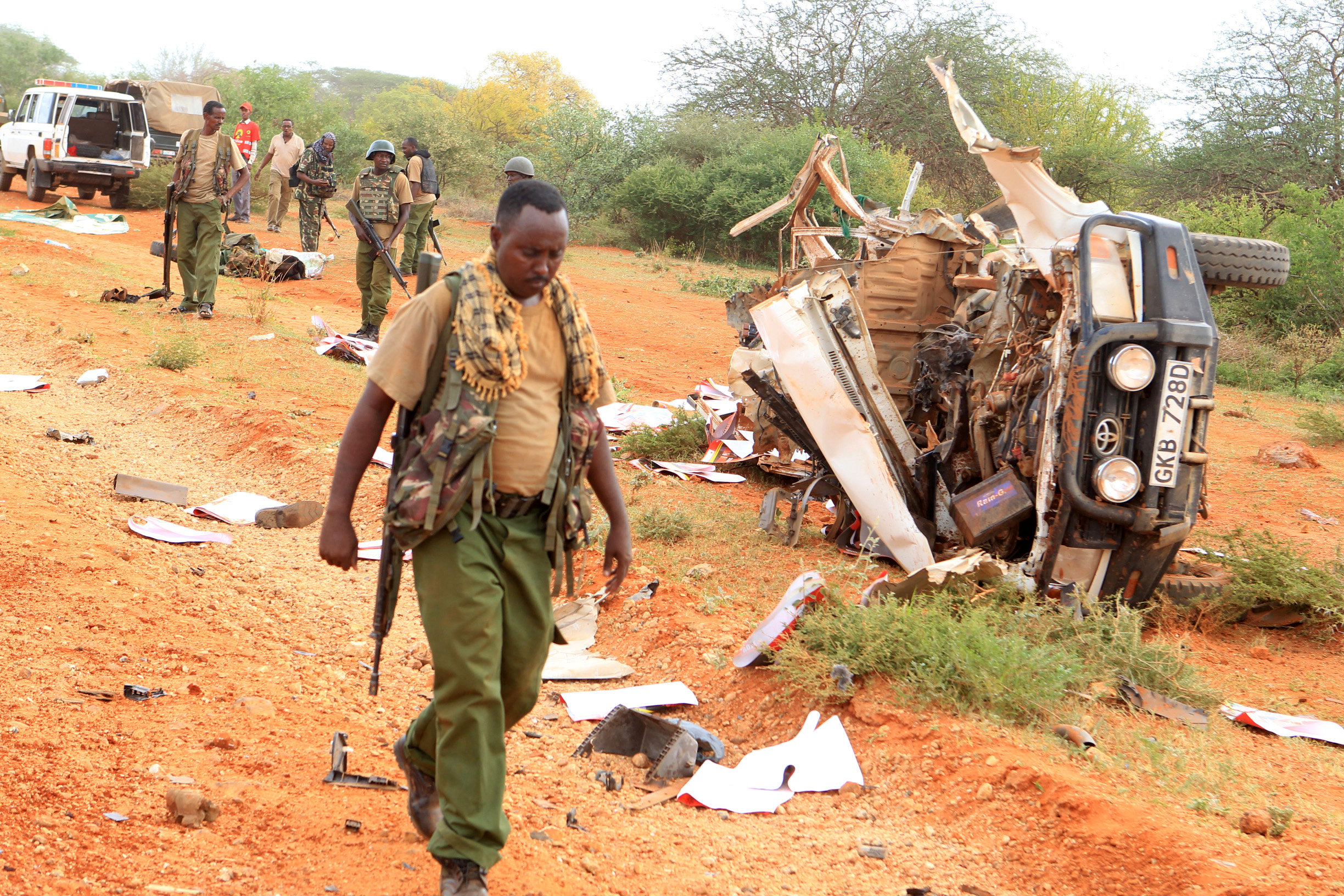 Nairobi: Eight Kenyan security officers were killed in two separate roadside bombings in eastern Kenya on Wednesday, senior officials said, underscoring the threat from Somali militants.
The biggest attack was on a governor's convoy in Mandera, in the extreme northeast of the country near the border with Somalia. The area is a frequent target of the Somali extremist group Al Shabaab. "Unfortunately I lost five of my security officers including my personal bodyguard in an attack on my convoy," Mandera Governor Ali Robathe said in a Facebook post.
The Red Cross said on Twitter that the vehicle had hit a suspected landmine. Al Shabaab has not yet commented on the incident, but it did claim an earlier attack in Liboi, further to the south but also in the extreme east along the border with Somalia. The Liboi attack killed three policemen when their truck hit an improvised explosive device (IED), North Eastern regional commissioner Mohamud Ali Saleh said.
"The police car ran over an IED and we have casualties. All the dead officers are from one work station," Saleh told Reuters, without revealing the number of wounded officers. "From past incidences, it is easy to see that even this one is the work of our enemy, the Al Shabaab. They plant these IEDs to target our security people." The Kenyan Red Cross said on Twitter eight officers had been wounded.
"We are behind the attack in Liboi area. We destroyed the police car. Some died and others were injured," Abdiasis Abu Musab, Al Shabaab's military operation spokesman told Reuters.
Garissa county, where the incident happened, has suffered several Al Shabaab attacks in recent years, including a 2015 assault on a university which killed 148 people. Al Shabaab, which seeks to topple Somalia's government and impose its own harsh interpretation of Sharia law, says it will continue to attack Kenya until Nairobi withdraws its troops from an African Union peacekeeping mission in Somalia.
The police said on Tuesday they were on alert for an increase in violence after Al Shabaab fighters were detected moving into Kenya in small groups. "These groups are dispatching operatives into parts of North Eastern Region to lay IEDs along the routes used by our security patrols in efforts to frustrate our security operations at the border areas," the police said in a statement.