Calls for caution against house fires in Oman 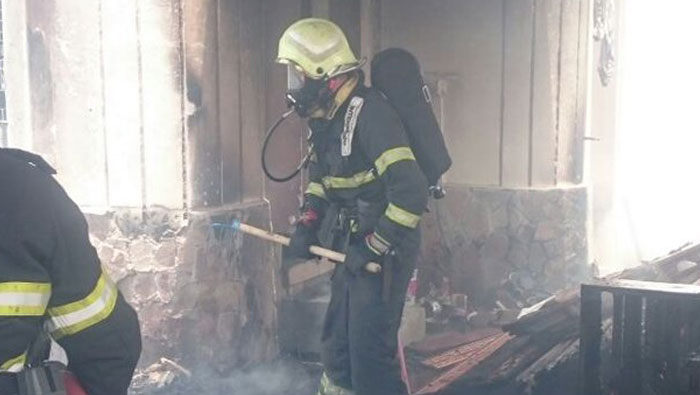 Muscat: Calls for caution regarding house fires have been renewed, as a 10-year-old child died this week as a result of a blaze in Mabella on Monday.
The fire resulted in two deaths, one of which was of a 10-year-old child, and the second was a domestic worker.
An official from the Public Authority for Civil Defence (PACDA) said investigations are underway regarding the incident, and that no apparent cause for the fire has been found yet.
However, the official called for caution regarding house fires caused by electrical devices. He explained that fire alarms in households are not officially enforced, though they are recommended.
“Certain exceptions may apply, where the government does enforce fire alarms, but those are specifically related to exceeding blueprint space, and needing to satisfy kitchen safety regulations. However, according to our coordination with the Municipality, no such plan to implement fire alarms and safety codes apply to Oman’s homes.”
“Smoke detectors in particular may have to function at timings when Omanis are not burning bukhur (incense), which is a recurring household activity in homes here,” the PACDA official explained.
The agency had recently issued a warning about electrical fires, which increased by a third over last year. 2016 saw 387 incidents, while 250 incidents were recorded in 2015. This reflects a 35 per cent increase, which was attributed to home electrical fires, which recorded the highest percentage increase.
The PACDA official reiterated that negligence and improper use of electricity are the main causes for fire breaking out.
“Electrical devices should not be in areas where they overheat, nor should they be used if they are faulty. Devices should be fixed by professionals, and switched off when not in use,” the official said.
Business Development and Training Manager at Competence HR, Mark Pudwell, said Oman’s houses are not as flammable as other homes around the world.
“This is due in no small part to the design and construction methods used in Oman, which use reinforced concrete, and this in turn reduces the amount of more combustible construction materials.”
However, Pudwell explained that homeowners or tenants should attempt to take some precautionary measures in order to avoid the chance of fire and the resulting injuries, and the death and destruction it may cause.
“Individuals should install a battery operated smoke detector, which would provide a simple, but effective way to warn occupants in the event of a fire.”
“One of the main causes of domestic fires are electrical equipment that aren’t switched off in the night time, so ensure that all electrical equipment is switched off, not put on standby, when not required, especially before going to bed,” Pudwell said.
He also emphasised going through drills for families on what to do in the event of a fire.
“If you do experience a fire in the home, there is overall one simple message. ‘Get out and stay out.’ Call the emergency services, and do not attempt to re-enter the premises at any cost,” he added.