Indian Embassy to plan to celebrate International Day of Yoga 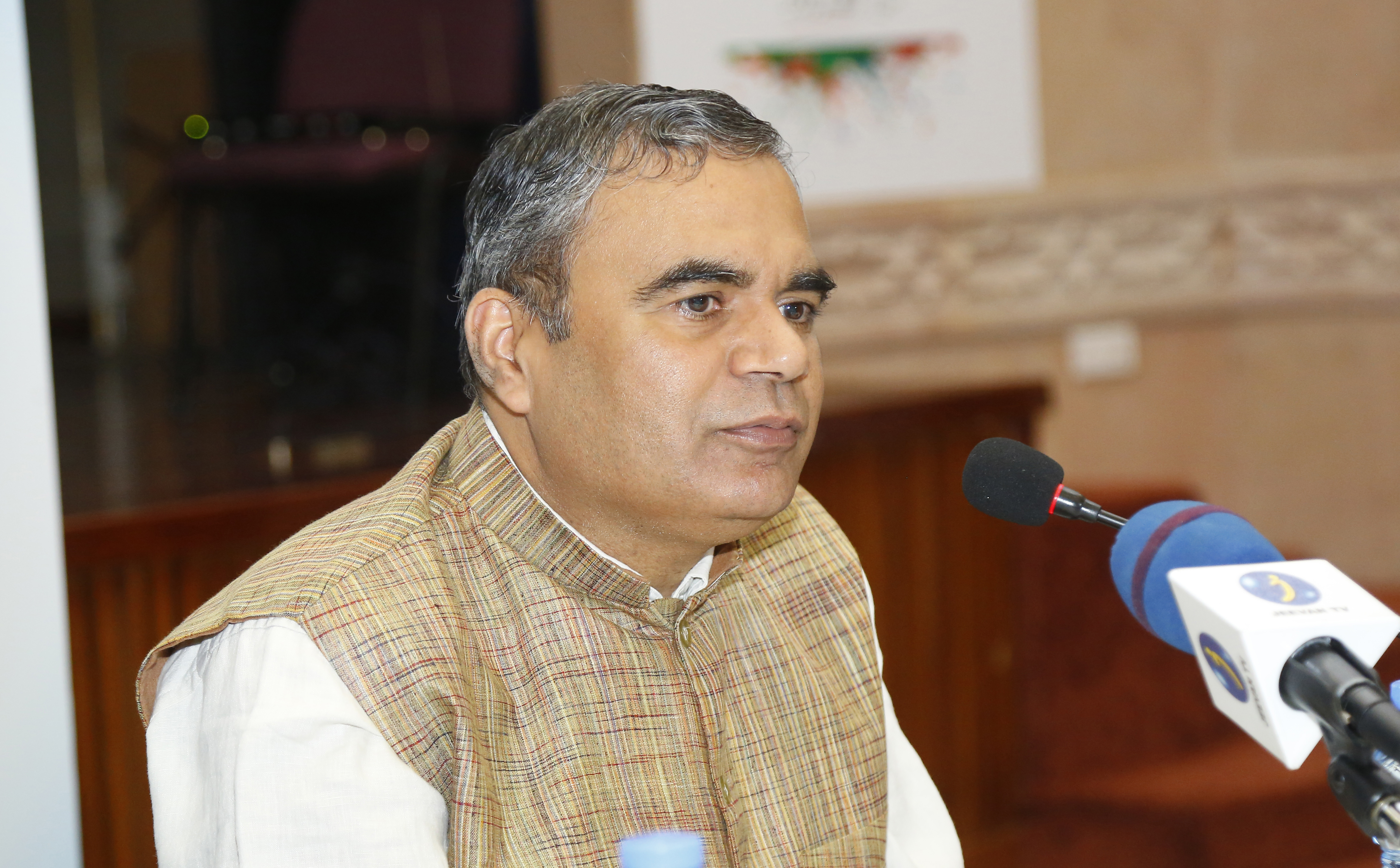 Muscat: Thousands of people are expected to participate in the International Day of Yoga to be held at the Oman International Exhibition Centre on June 21, the Indian Embassy announced on Wednesday.
The Ambassador of India to the Sultanate of Oman, Indra Mani Pandey, said various yoga organisations and institutions in Oman have joined hands with the Indian Embassy to celebrate the event. “Last year, we had around 3,000 participants, but this year we are expecting around 5,000 people, including a large number of Omanis,” he said.
He added that the embassy will soon have a full time yoga teacher as the Indian government is keen on promoting yoga all over the world. “Then we can open a yoga club, where people can teach yoga for free,” the Ambassador said. Every year, June 21 is celebrated as the International Day of Yoga (IDY) all over the world. The resolution was co-sponsored by a record number of 177 countries, including the Sultanate of Oman.
“Yoga is an ancient Indian discipline, which evolved thousands of years ago for the physical and spiritual well-being of humankind. It has gained worldwide popularity due to its immense health benefits; it not only helps in improving physical health, but also brings about inner peace by reducing stress and anxiety,” the ambassador said, citing the benefits of yoga.
The celebration this year will include a special yoga session, based on a common yoga protocol, comprising simple and easy yoga postures, under the guidance of qualified instructors. The common yoga protocol is designed in a manner that participants need not have prior practice of yoga.
The Embassy of India invites all yoga enthusiasts in Oman, along with their families (children above the age of 11 years), to participate in the celebrations, which will be held at the Oman International Exhibition Centre in Muscat on June 21. There will be a separate enclosure for ladies and children.
However, there will be no segregation, based on gender and all men and women as well as children are welcome to practice together.
The doors will open at 7.30 p.m. and the yoga session will start at 8 pm and may last for an hour. Those interested in joining the celebration are requested to confirm their participation at [email protected] or call 24684514/24684517.