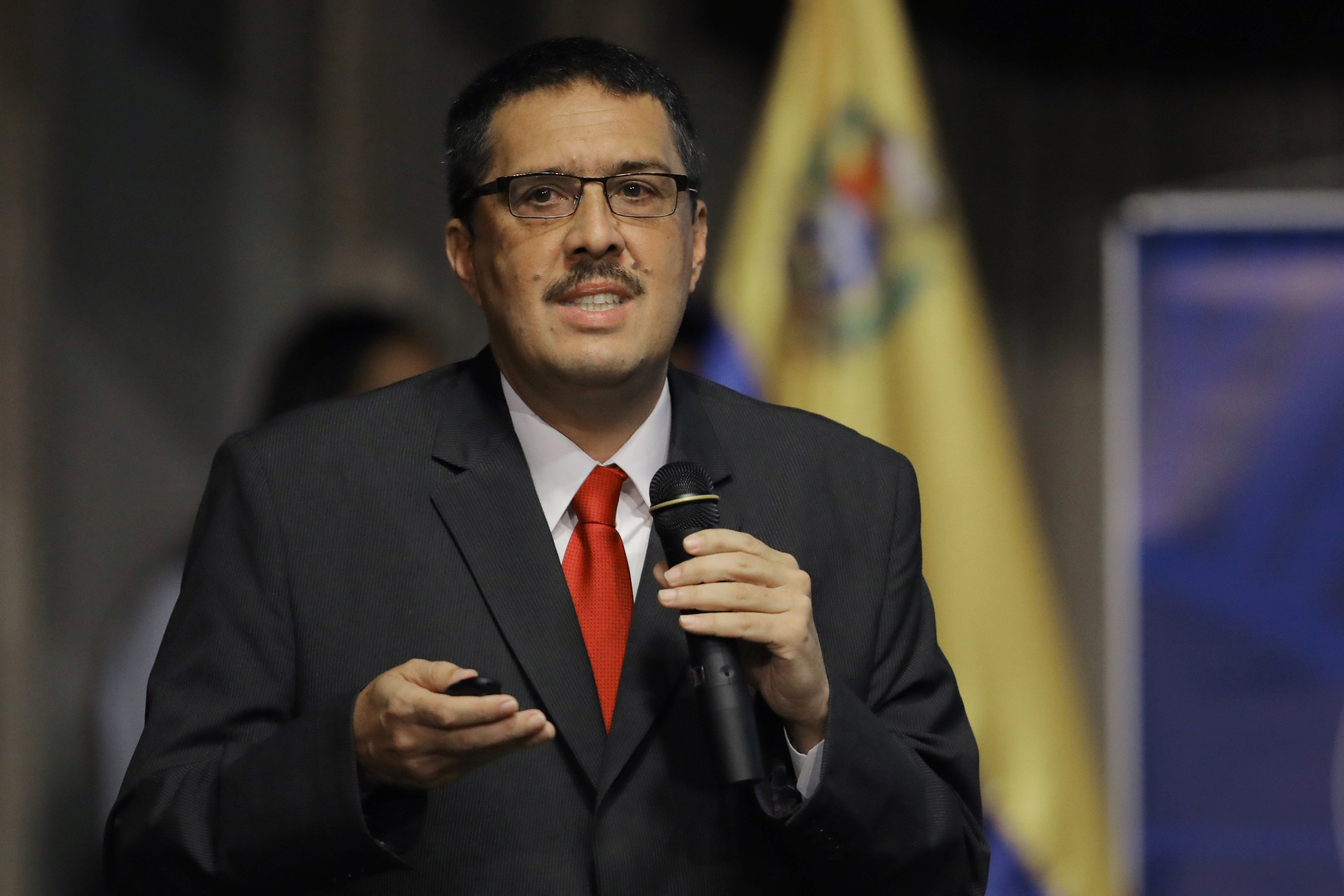 Caracas: Venezuela on Tuesday announced a new foreign exchange auction mechanism to complement its currency control system, the fifth such plan in four years by a socialist government that has repeatedly balked at reforming its state-led economic system.
The mechanism, known as New Dicom, will offer dollars within a band determined by the central bank, Economy Vice President Ramon Lobo told a press conference, without specifying what that band would be.
Economists say Venezuela needs to abandon its 14-year-old exchange controls rather than create auction systems to complement it, adding that previous auction platforms have failed to provide a steady supply of dollars to the economy.
"With this system we hope to normalize the functioning of the currency system. We are going to optimize it," Lobo said.
Venezuela, which suffers triple-digit inflation and major product shortages, sells greenbacks for 10 bolivars for food and medicine through the government currency agency.
It also sells greenbacks at 726 bolivars for less important items through an auction system known as Simadi.
Most Venezuelans say they cannot gain access to either of those rates, and instead rely on the black market where a dollar currently fetches more than 5,800 bolivars.
Oil reliance
"The government appears resistant to recognizing the parallel exchange rate," said Asdrubal Oliveros of local consultancy Ecoanalitica. "This means there will be no incentive for dollars to be sold (on the New Dicom market)."
The 2014 crash in oil prices left the government without enough hard currency to supply the exchange controls, spurring an economic crisis that has left many Venezuelans skipping meals. The Opec nation relies on oil for around 94 per cent of its foreign income.
Lobo said the central bank would receive bids from companies and individuals seeking to buy hard currency, and would sell dollars to those whose bids fall within the established band.
President Nicolas Maduro's government in 2013 created an auction system known as Sicad that was abandoned the following year for another system called Sicad II — which was in turn shuttered in 2015 with the inauguration of the Simadi system.
In 2016, Maduro's government announced the creation of the Dicom platform, but it never began operations, with Simadi remaining in place.
Businesses generally said those systems did not provide a steady supply of hard currency.
Maduro says the country's economic problems are the result of an "economic war" led by political adversaries.