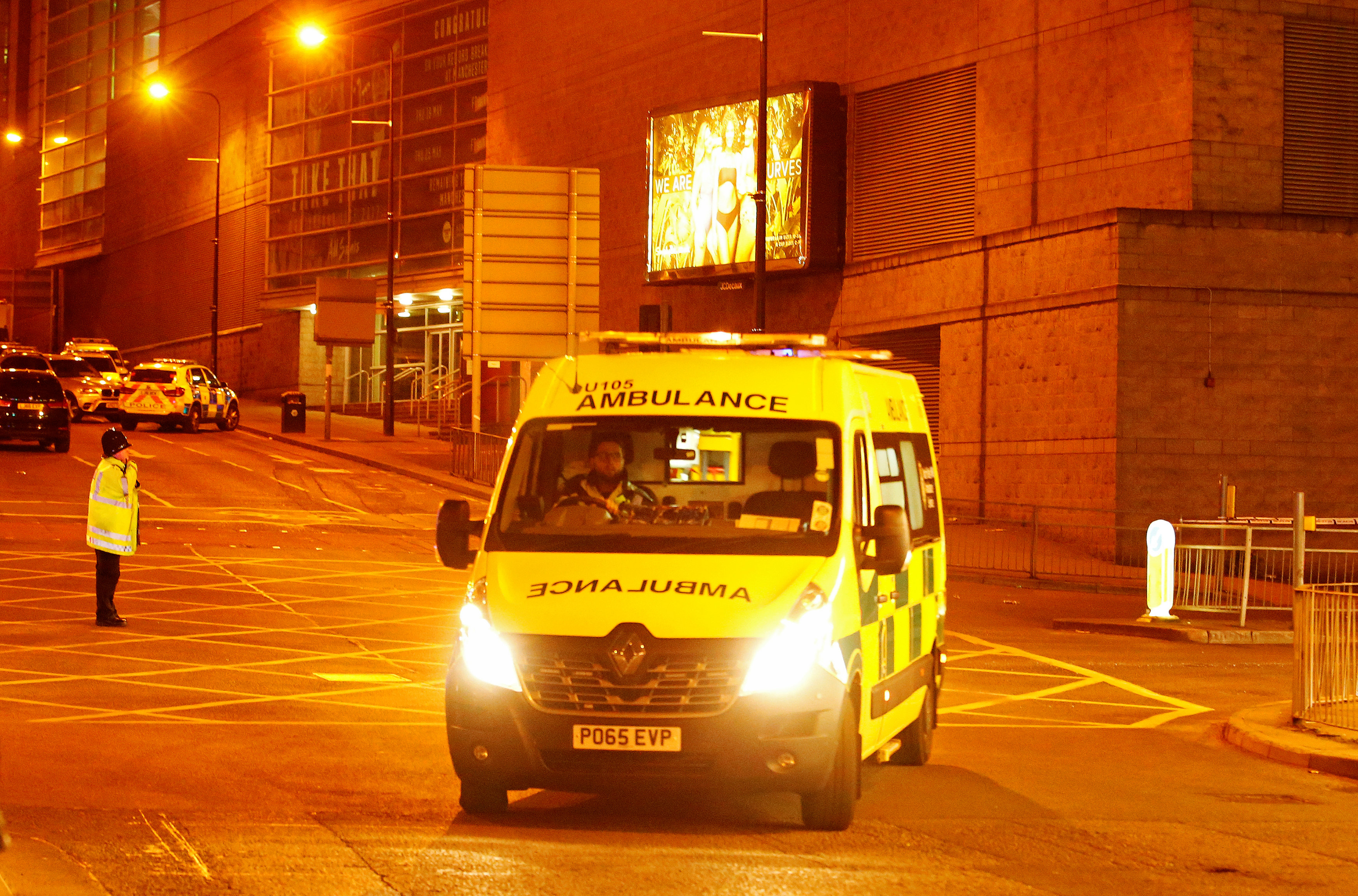 Manchester (England): British Prime Minister Theresa May decried a suicide bomb attack that killed 22 people in a crowded concert hall as a sickening act targeting children and young people, and police raided houses in the city of Manchester looking for accomplices.
IS, now being driven from territories in Syria and Iraq by Western-backed armed forces, claimed the attack as revengeBut Western experts were sceptical, noting it had offered two accounts of the attack partly contradicting each other and the British police version.
In a statement made outside her Downing Street offices after a meeting with security and intelligence chiefs, May said police believed they knew the identity of the bomber.
"All acts of terrorism are cowardly," she said."But this attack stands out for its appalling sickening cowardice, deliberately targeting innocent, defenceless children and young people who should have been enjoying one of the most memorable nights of their lives."
She said security services were working to see if a wider group was involved in the attack, which fell less than three weeks before a national election.
British police moved quickly, arresting a 23-year-old man in connection with Monday night's bombing, carried out as crowds began leaving a concert given by Ariana Grande, a U.S. singer who attracts a large number of young and teenage fans.
They also raided a property in the district of Fallowfield where they carried out a controlled explosion.
Witnesses in the Whalley Range district said armed police had surrounded a newly-built apartment block on a usually quiet tree-lined street.
The northern English city remained on high alert, with additional armed police drafted in.
London Mayor Sadiq Khan said more police had been ordered onto the streets of the British capital.
Monday's attack was the deadliest in Britain since four British Muslims killed 52 people in suicide bombings on London's transport system in 2005.
But it will have reverberations far beyond British shores.
Attacks in cities including Paris, Nice, Brussels, St Petersburg, Berlin and London have shocked Europeans already anxious over security challenges from mass immigration and pockets of domestic extremism.
IS has repeatedly called for attacks as retaliation for Western involvement in the conflicts in Syria and Iraq.
Witnesses related the horror of the Manchester blast, which unleashed a stampede just as the concert ended at what is Europe's largest indoor arena, full to a capacity of 21,000.
"We ran and people were screaming around us and pushing on the stairs to go outside and people were falling down, girls were crying, and we saw these women being treated by paramedics having open wounds on their legs... it was just chaos," said Sebastian Diaz, 19."It was literally just a minute after it ended, the lights came on and the bomb went off." A video posted on Twitter showed fans, many of them young, screaming and running from the venue.
Dozens of parents frantically searched for their children, posting photos and pleading for information on social media.
Queen, accompanied by the Duke of Edinburgh, held a minute's silence at a garden party at Buckingham Palace in London.
U.S. President Donald Trump spoke with May by telephone and agreed the attack was "particularly wanton and depraved", the White House said.
German Chancellor Angela Merkel said it "will only strengthen our resolve to...work with our British friends against those who plan and carry out such inhumane deeds".
The singer giving the concert, Ariana Grande, 23, said on Twitter: "broken. from the bottom of my heart, i am so so sorry. i don't have words."
IS, while claiming responsibility on its Telegram account, appeared to contradict British police's description of a suicide bomber.
It did not name the bomber, which it usually does in attacks it has ordered, and appeared also to contradict a posting on another IS account, Amaq, which spoke of "a group of attackers".That reference, however, was later removed.
"It clearly bears the hallmark of Daesh (IS)," said former French intelligence agent Claude Moniquet, now a Brussels-based security consultant, "Very clearly the aim was to do as much harm as possible, to shock British society as much as possible."
London police said extra armed officers would be deployed at this weekend's soccer cup final at Wembley and rugby at Twickenham.
Security would be reviewed also for smaller events.
British police do not routinely carry firearms.
In March, a British-born convert to Islam ploughed a car into pedestrians on London's Westminster Bridge, killing four people before stabbing to death a police officer who was on the grounds of parliament.
The man was shot dead at the scene.
In 2015, Pakistani student Abid Naseer was convicted in a U.S. court of conspiring with Al Qaeda to blow up the Arndale shopping centre in the centre of Manchester in April 2009.
Parents and friends used social media to search for loved ones who attended Monday's concert while the wounded were being treated at six hospitals across Manchester.
"Everyone pls share this, my little sister Emma was at the Ari concert tonight in #Manchester and she isn't answering her phone, pls help me," said one message posted alongside a picture of a blonde girl with flowers in her hair.
Paula Robinson, 48, from West Dalton about 40 miles east of Manchester, said she was at the train station next to the arena with her husband when she felt the explosion and saw dozens of teenage girls screaming and running away from arena.
"We ran out," Robinson told Reuters."It was literally seconds after the explosion.
I got the teens to run with me."
Robinson took dozens of teenage girls to the nearby Holiday Inn Express hotel and tweeted out her phone number to worried parents, telling them to meet her there.
She said her phone had not stopped ringing since her tweet.
"Parents were frantic running about trying to get to their children.
There were lots of lots of children at the Holiday Inn."