Bomb injures 24 in Bangkok hospital popular with soldiers, their families 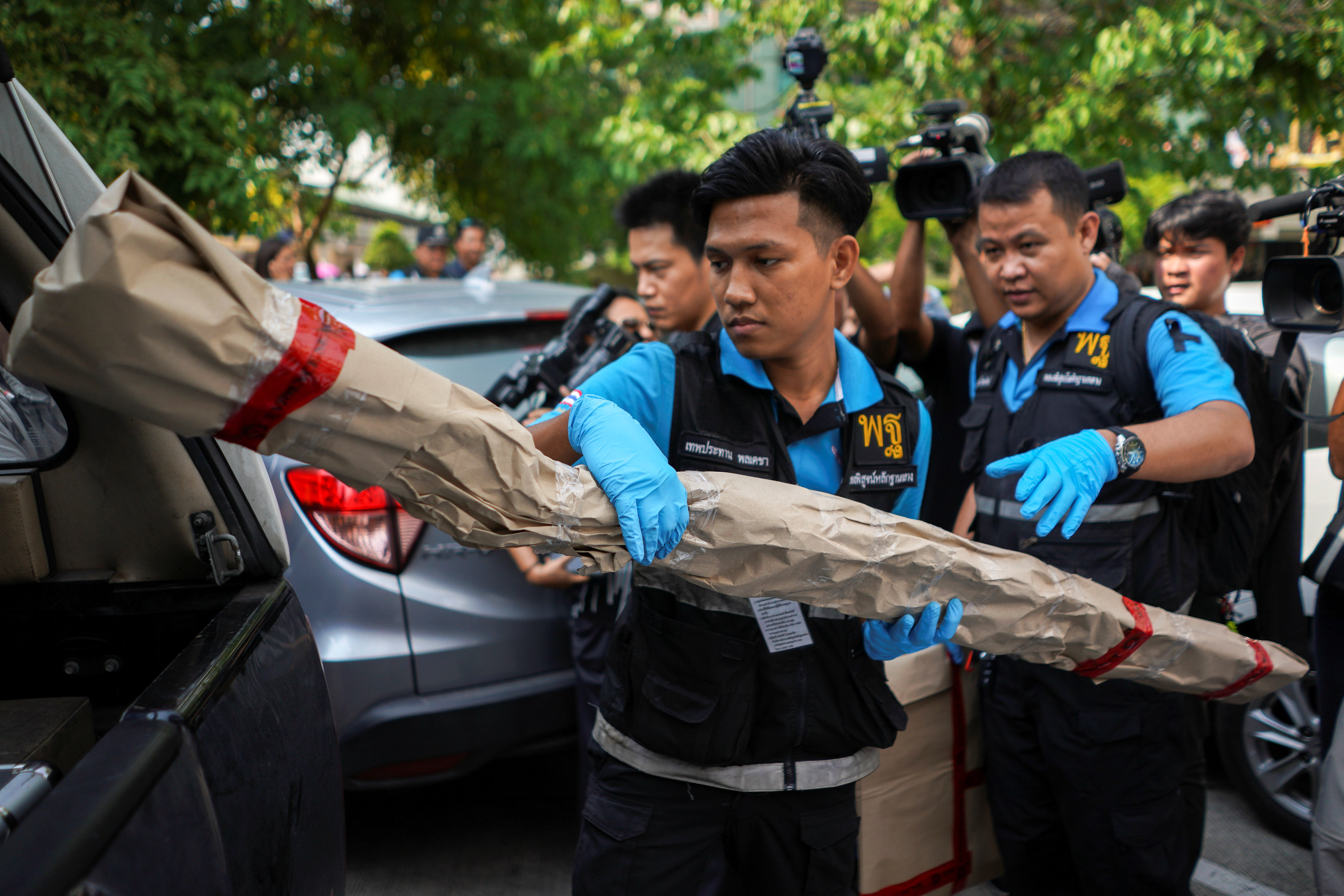 Bangkok: A bomb at a hospital in the Thai capital wounded 24 people on Monday, the third anniversary of a 2014 military coup, the government said, with the army chief blaming groups opposed to the junta.
There was no claim of responsibility for the blast at the Phramongkutklao Hospital in Bangkok, which is popular with soldiers and their families and retired military officers.
"We found the pieces that were used to make the bomb," Kamthorn Aucharoen, commander of the police's explosive ordnance team, told Reuters, adding it was not clear who was responsible.
"Right now, authorities are checking out closed circuit cameras."
Government spokesman Sansern Kaewkamnerd said 24 people were wounded. Mostd were hit by flying glass, the military's national security unit said.
Suspicion is likely to focus either on political dissidents opposed to military rule or Muslim separatists based in the south of the predominately Buddhist country.
Army chief Chalermchai Sittisart blamed groups opposed to the junta.
"It doesn't have to be the junta anniversary. People who don't like the junta, given the chance, will do this," Chalermchai said in a televised interview, adding that troops in uniform and plainclothes security officers would be deployed to increase security.
Deputy national police chief General Srivara Rangsibrahmanakul said the bomb had been hidden in a container near the entrance of a pharmacy.
The May 22, 2014, military coup toppled a democratically elected government and ended months of unrest, including sometimes deadly street demonstrations. The junta said it needed to take power to restore order and usher in political reforms.
Former prime minister Yingluck Shinawatra, whose government was ejected in the 2014 coup, called for a swift return to democracy in a Facebook post on Monday, adding that the economy had been hit hard.
Thailand's export-dependent economy is showing signs of recovery following a shaky three years that saw weak consumer spending and a slump in trade.
Since the coup, the junta, known as the National Council for Peace and Order, has clamped down on dissent and ramped up prosecutions under sedition and royal defamation laws.
The military has always played a prominent role in Thai life but since the coup it has become embedded in society.
The military government has acknowledged it wants to weaken political parties and maintain permanent influence over elected governments, partly through a new constitution approved by the king last month.
An election is due by the end of next year.
The blast comes weeks after a car bomb at a shopping centre in the province of Pattani, near Thailand's border with Malaysia, which wounded 61 people and which authorities blamed on the Muslim insurgents.
The far south of Thailand, which includes the Muslim-majority provinces of Pattani, Yala and Narathiwat, is home to a long-running separatist insurgency. A bomb exploded in Yala earlier on Monday, wounding military officers.
Attacks by the Muslim rebels have largely, though not always, been confined to their southern heartland.
On May 15, a small bomb went off near the National Theatre in Bangkok's old quarter, wounding two people. It was not clear who was behind the bomb.