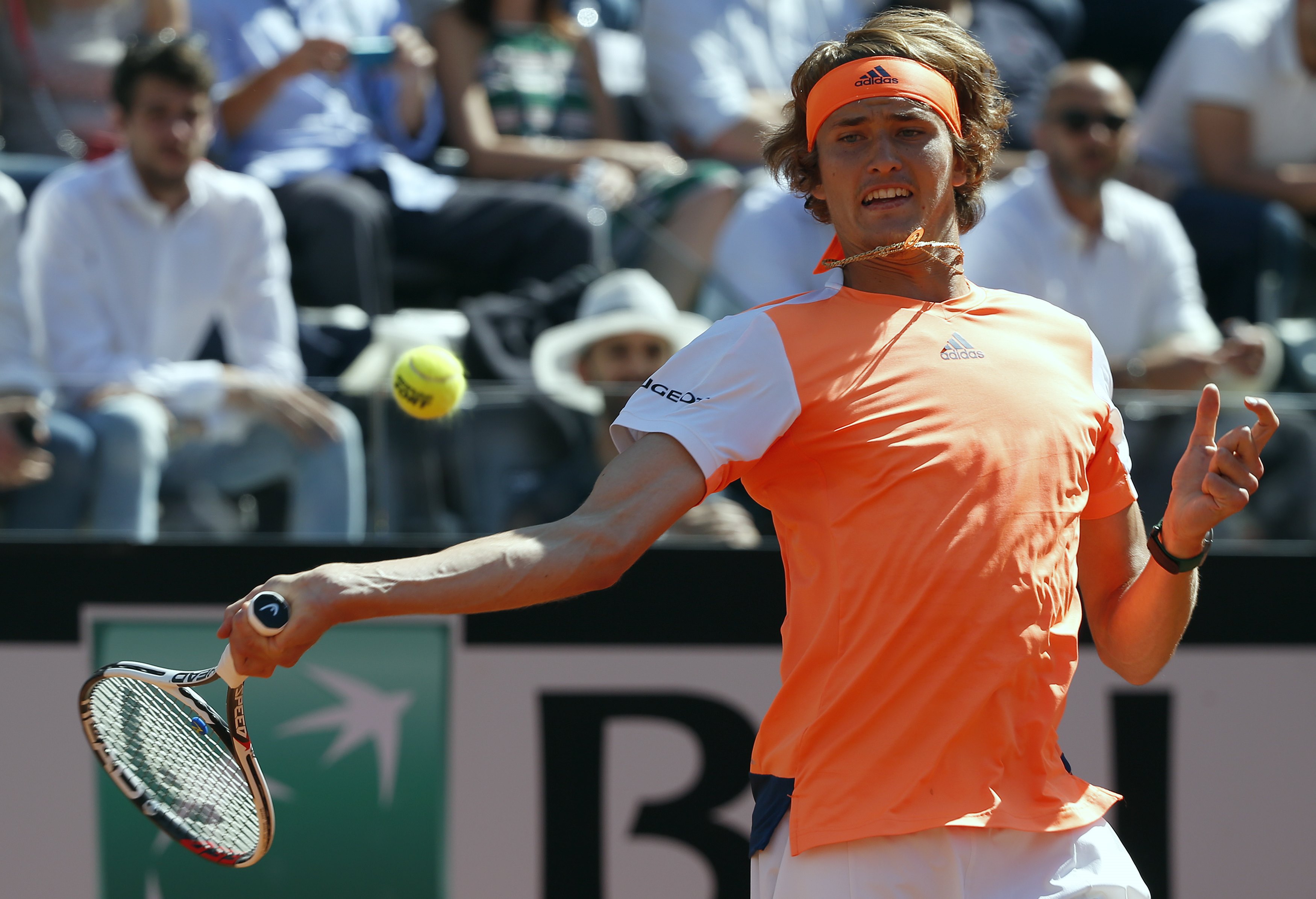 Rome: German Alexander Zverev says he cannot rest on his laurels after beating Novak Djokovic to win the Italian Open on Sunday and has set his sights on bigger titles in order to retain his place in the world's top 10.
The 20-year-old stunned world No. 2 Djokovic 6-4, 6-3 to become the youngest winner of a Masters 1000 tournament since the Serb himself in Miami in 2007.
The win also helped Zverev surge up to number 10 in the world rankings for the first time in his career.
"I could not imagine top 10 by the age of 20," Zverev told reporters. "It's something truly amazing. Getting there is one thing, but staying there is going to be very, very difficult.
"Even though I won this title, I will be back on the practice courts very soon trying to improve my game."
Despite an impressive claycourt season, Zverev downplayed his chances of winning the French Open, which starts on Sunday, saying nine-time winner Rafa Nadal would start as the man to beat.
Nadal had won all 17 matches on clay this year before losing to Austria's Dominic Thiem in the Rome quarterfinals.
"The strong favourite is still definitely Nadal. Novak is playing great again. Thiem has been showing he's been playing very well," he added.
"I just won here, so I've got to put myself on that list, even though I don't want to say that I'm the favourite myself. But the guys who have been playing the best over the past few weeks are definitely the favourites."