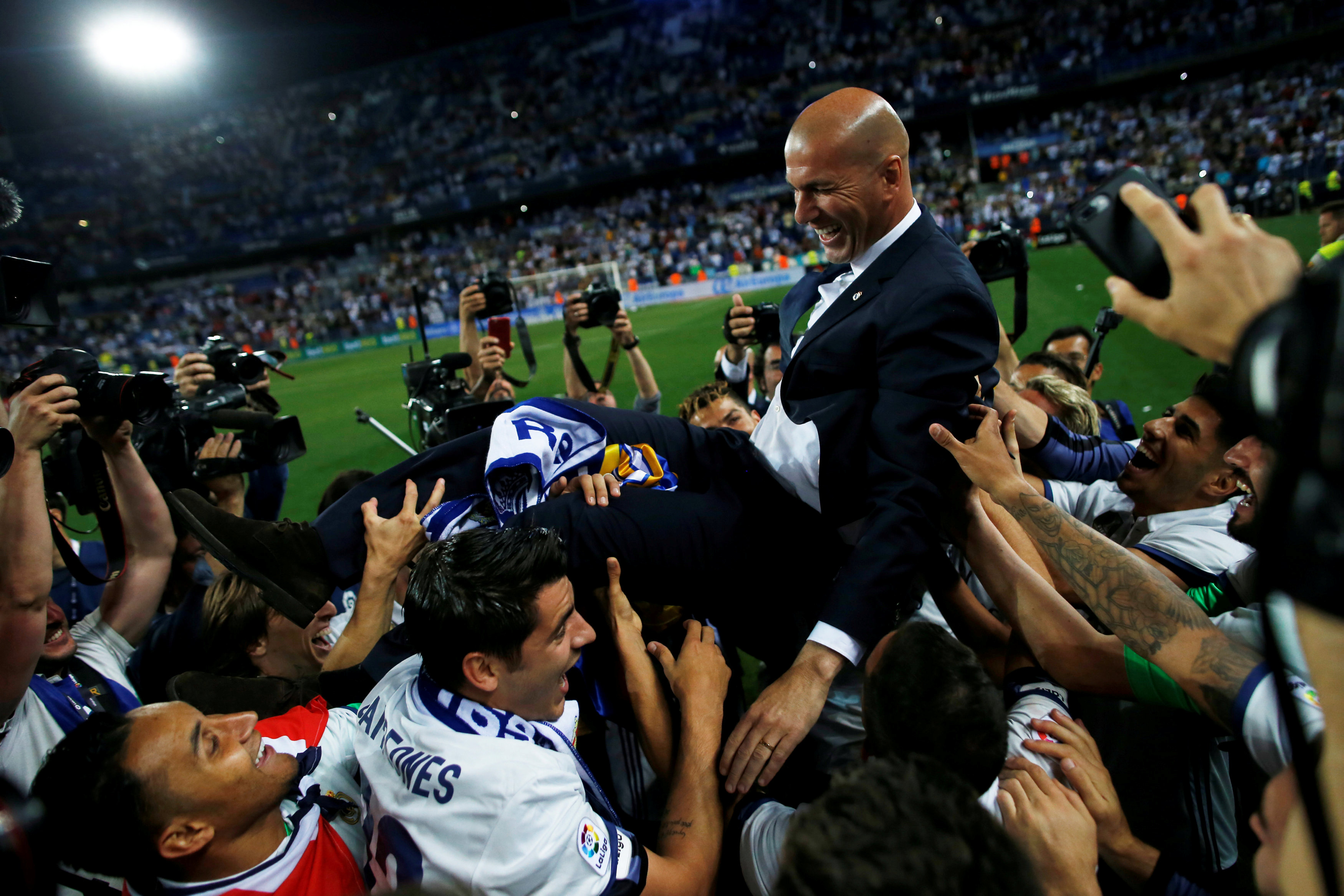 Madrid: Real Madrid broke Barcelona's recent stranglehold on the La Liga title due to their effervescent squad and superior strength in depth compared with their arch-rivals, who delivered in the biggest games but came unstuck against weaker opposition.
Luis Enrique's side earned 14 points from 18 in their six games against the other sides in Spain's top four, doing the double over Sevilla, winning at Atletico Madrid and beating Real Madrid at the Bernabeu.
Barca fared better against the top sides than the champions, who clinched a 33rd title, their first in five years, by winning 2-0 at Malaga on Sunday.
Madrid took eight points from top-four opponents, yet Barca failed to win a third successive title due to surprise slip-ups against Alaves, Celta Vigo, Deportivo La Coruna and Malaga, all of whom were swatted aside by Real Madrid.
The Catalans' first defeat of the season was a shock 2-1 home loss to Alaves, when Luis Enrique's heavy squad rotation backfired as he rested Lionel Messi, Luis Suarez and Andres Iniesta in preparation for a Champions League game with Celtic.
Barca suffered their second defeat of the campaign against Celta Vigo, losing 4-3 without the injured Messi and with Iniesta rested for the first half.
The Catalans dearly missed Neymar when they lost 2-1 at lowly Deportivo just days after their stunning 6-1 win over Paris St Germain in the Champions League, and they struggled without Gerard Pique and Ivan Rakitic in a 2-0 loss at Malaga.
By contrast, Madrid won all of the corresponding fixtures which Barca lost as well as easily beating Real Sociedad and Real Betis, who held the previous champions to draws, even when coach Zinedine Zidane made wholesale changes.
The Frenchman has been able to leave talisman Cristiano Ronaldo out of nine league games and survived long spells without record signing Gareth Bale through injury. The likes of Isco, Marco Asensio and Alvaro Morata thrived in their places.
Zidane made nine changes from the team that lost 3-2 to Barcelona in April against Deportivo and watched his side run riot in a 6-2 win with five different goalscorers. The same players thrashed Granada 4-0, Leganes 4-2 and Eibar 4-1.
Careful management
The Spanish media have dubbed these second-string players "the B team", with some even arguing that they are stronger than the first-choice players.
Zidane, however, has reaped the benefits of his rotation system in Europe as his well-rested first-choice players outgunned Napoli, Bayern Munich and Atletico Madrid to reach the Champions League final against Juventus on June 3 where they could seal their first European Cup and Liga double since 1958.
Zidane's careful management of Ronaldo, 32, has been another factor behind ending their five-year wait for the Liga title, with the Portuguese hitting peak form in the final stretch of the season.
Ronaldo's 14 goals in his last nine games in all competitions -- including the first after two minutes at Malaga on Sunday before Karim Benzema's second-half strike -- contrasts with the bedraggled state in which he ended the last campaign.
Another of Zidane's achievements was convincing the usually restless forward of the benefits of reduced game time.
"Everything is decided at the end of the season and Zidane has managed the team very well, and we also have a great, young squad," Ronaldo said after the 4-1 win at Celta Vigo which took Real to the brink of the title.