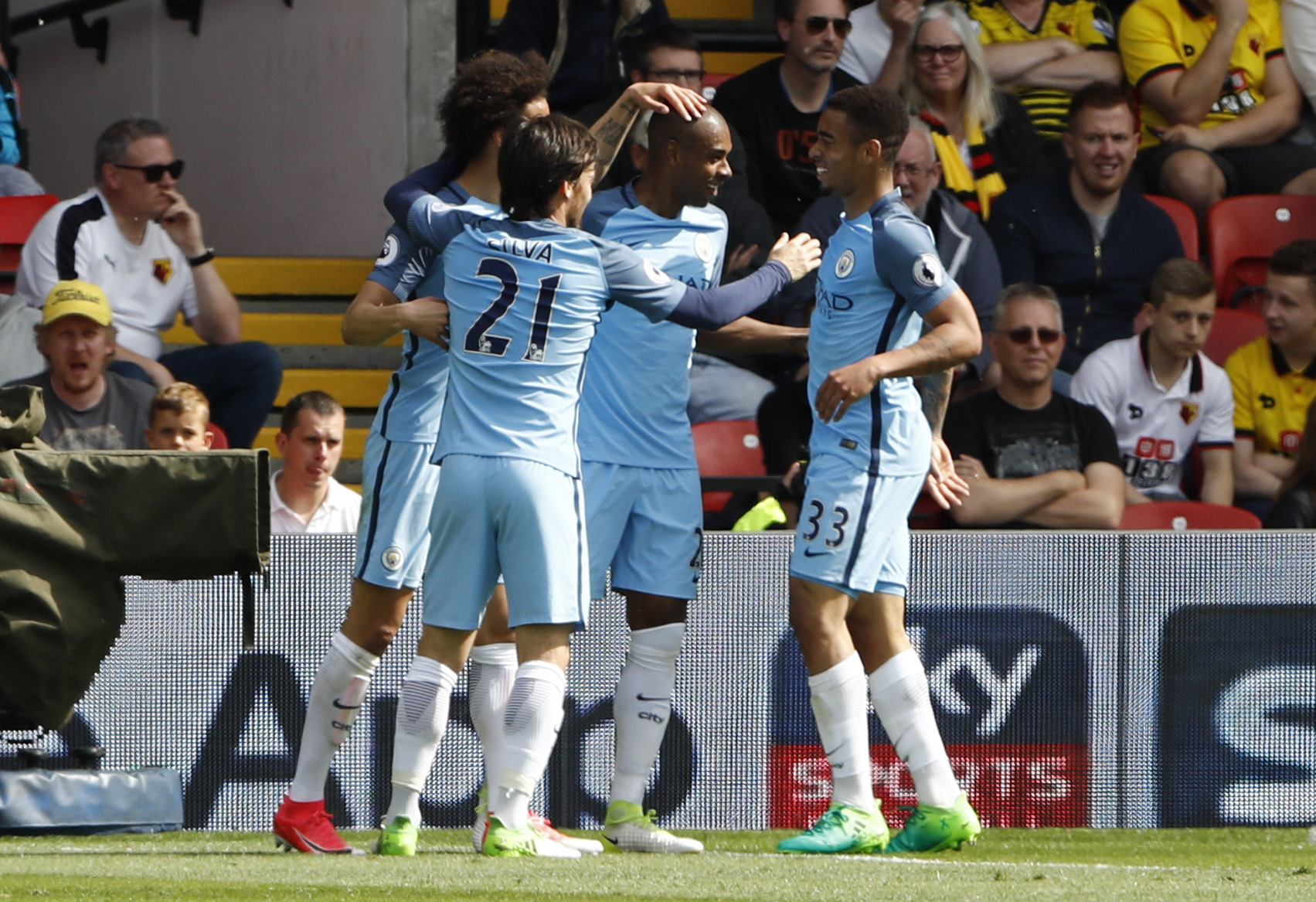 London: Manchester City made sure of third place in the Premier League when they romped to a 5-0 win at Watford on Sunday to ensure a Champions League berth for next season.
City were already 4-0 up at the break at Vicarage Road and finish the season with 78 points, ahead of Liverpool and Arsenal and behind Chelsea and Tottenham Hotspur.
Kompany opened the scoring with a fourth-minute header from a corner, followed by Sergio Aguero finishing off a counter attack set up by Kevin de Bruyne in the 23rd minute.
Ten minutes later Aguero netted his 33rd goal of the season at the end of another quick attack with Leroy Sane providing the decisive pass.
It was 4-0 in the 42nd minute as Fernandinho powered through the defence to score from close range with another Brazilian, Gabriel Jesus, adding a fifth goal 13 minutes after the break.
The match was the last for Watford manager Walter Mazzarri with his club finishing two places above the relegation standings after 38 games.