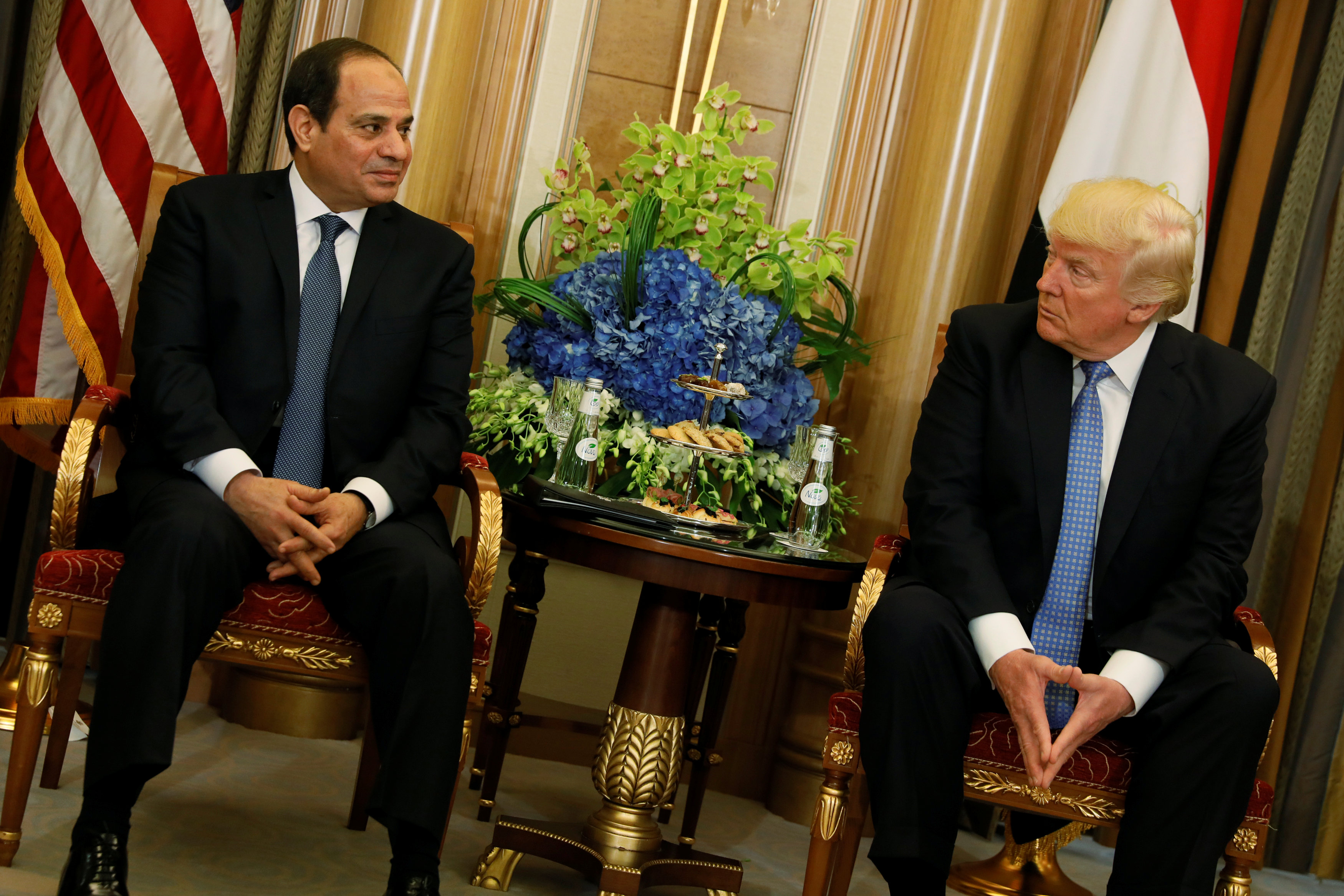 Riyadh: U.S. President Donald Trump said on Sunday he hoped to visit Cairo soon, praising President Abdel Fattah Al Sisi after a meeting in Saudi Arabia and declaring that "safety seems to be very strong" in Egypt.
Speaking through a translator, Sisi described Trump as "a unique personality that is capable of doing the impossible."
Trump said he was having "very, very important talks" with Sisi.
"We've really been through a lot together positively," said Trump, who is on his first foreign visit since taking office.
"I will get to Egypt. We will absolutely be putting that on the list very soon," he said. Sisi had "done a tremendous job under trying circumstance".
Sisi has launched the toughest crackdown on hardliners in Egypt's modern history since toppling president Mohamed Morsi of the Muslim Brotherhood in 2013. Hundreds of Egyptian soldiers and police have been killed fighting militants in Sinai.
Last month, Egypt declared a three-month state of emergency after two church bombings claimed by IS militant group killed more than 45 people.
Sisi went to Washington last month for talks with Trump intended to improve relations that had been strained under president Barack Obama.
Egypt is one of Washington's closest allies in the Middle East, receiving $1.3 billion in U.S. military aid annually.
Trump thanked Sisi for his help with the release of Egyptian-American charity worker Aya Hijazi last month. Trump and his aides had engaged in behind-the-scenes diplomatic efforts to gain her freedom after attempts by the previous Obama administration failed.