Trump, data weigh on dollar after worst fall since July 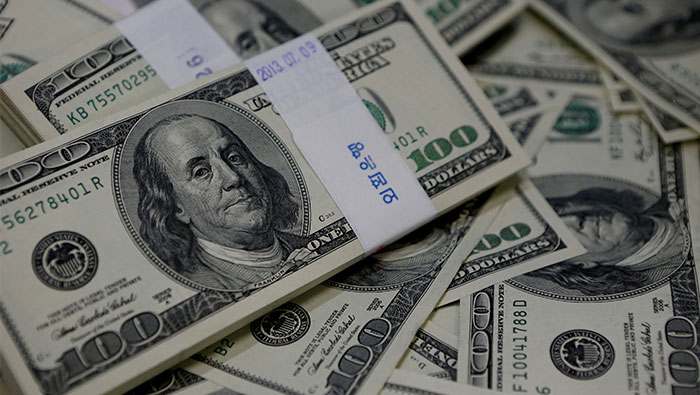 London: The dollar wallowed near six-month lows against a basket of major currencies on Thursday, struggling to recover from its worst losses in almost a year against the yen and the euro as worries over the Trump presidency weigh.
The dollar recovered around half a percent against the yen in Asian trading after a combination of recently poor U.S. data and revelations about the investigation of Trump's ties to Russia drove its biggest daily fall since last July.
But it was quickly back on the defensive in early European deals, trading flat on the day against the basket of currencies used to measure its broader strength and up just 0.2 per cent from its lows against the yen and euro.
In the past seven days, it has fallen more than three percent against the yen and 2.5 percent versus the basket.
"After the massive rally in bonds yesterday we have seen something of a snapback," said Jeremy Stretch, head of currency strategy with CIBC World Markets in London.
"It remains to be seen whether we can move on from the political issues around Trump and Russia. We haven't been dollar bulls for a while and even if we see some more recovery this does just look like the tail-end of the dollar's run (higher)."
By 0740 GMT, the dollar index was virtually unchanged at 97.616, having fallen as low as 97.333 on Wednesday, its lowest since November 9.
Under pressure from Congress, the Justice Department late on Wednesday named former FBI chief Robert Mueller as special counsel to investigate alleged Russian interference in the 2016 U.S. election and possible collusion between President Donald Trump's campaign and Moscow.
The row has further undermined faith in the White House's ability to deliver a promised boost to U.S. growth and inflation.
But a number of European-based strategists at major banks argued on Thursday that the dollar's latest retreat is more about a run of poorer data that undermines expectations for further rises in Federal Reserve interest rates this year.
Expectations for a Fed move in June fell back to around 60 percent on Wednesday from close to 90 percent last week.
"While there could be a meaningful dollar recovery on the horizon, the short-term picture still suggests room for a little more weakness," said Joel Kruger, a strategist with LMAX Exchange in London.
"It's important to note that this move in the dollar was already in play, with the market assigning too much of the weakness to this political distraction. The US administration's protectionist policies and softer data have been the primary drivers."
The big set-piece of the European morning is UK retail sales. Another weak number would add to concerns over how much longer British consumers can prop up an economy struggling in the face of the risks from its planned exit from the European Union.
Those underlying worries have stopped sterling, up strongly last month, from breaking through $1.30. It traded at $1.2957 on Thursday.