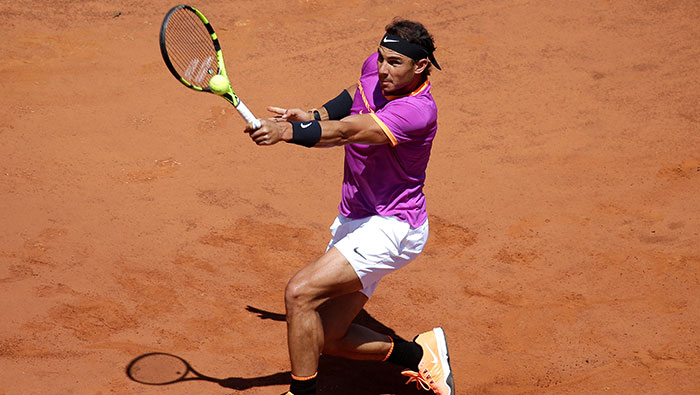 Rome: World number one Andy Murray will be ready for Roland Garros despite his poor recent form, nine-time French Open champion Rafa Nadal has said.
Nadal has won all three clay competitions this season while Murray struggled in Madrid and Monte Carlo and lost out in the semi-finals in Barcelona.
Since the start of the year, Murray has won just one of seven tournaments but Nadal is confident the Briton will be prepared for the French Open, which starts at the end of the month.
"He's a great player, unbelievable player," said Nadal after booking his spot in the last 16 of the Italian Open on Wednesday. "He will be ready for Roland Garros. He has one week and a half to practice, and he will be one of the candidates (for the title)."
Former world number one Nadal also said that being at the top had no impact on a players' performance but tiredness could play a role.
"I don't think being No. 1 affects on play ... I don't see a reason why. But at the same time, it's so difficult to be on the top of your game and mentality for every week," Nadal said.
"He had an unbelievable year last year, winning almost all the matches ... and that's tough. Physically, mentally, it's tough to do what he did at the end of his season."
Nadal will face American Jack Sock later on Thursday in Rome.