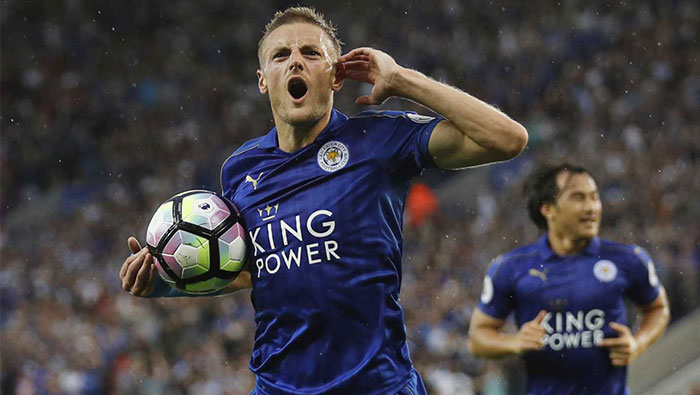 Leicester: Leicester City are gunning for two wins in their last two Premier League games to secure a top-half finish after a poor start to the season, striker Jamie Vardy said ahead of Thursday's game against Tottenham Hotspur.
Last season's champions sacked manager Claudio Ranieri in February as they languished in 17th place and a point above the relegation zone but have since regained momentum under interim manager Craig Shakespeare.
Leicester are currently 11th but could finish as high as eighth.
"We just need to try and pick up as many points as possible. If we get those six points then we're guaranteed a top-half finish," Vardy told the club's official website. (www.lcfc.com)
"We want to finish as high as we can, just to show that the start of the season wasn't how we wanted it to pan out. That's the way it goes, that's football, but we've turned it round and I think if we finish mid-table then all in all, it's been a good season."
Tottenham challenged Leicester throughout their title-winning campaign last year and the two sides drew at White Hart Lane earlier this season.
"They're a great side and they've got great players. We know it's going to be tough but we also know that on our day we can give every single team a good game," Vardy said.
"We can beat them if we're at our best so Thursday will be an entertaining game."
After the Tottenham game, Leicester host Bournemouth in their final fixture on Sunday.