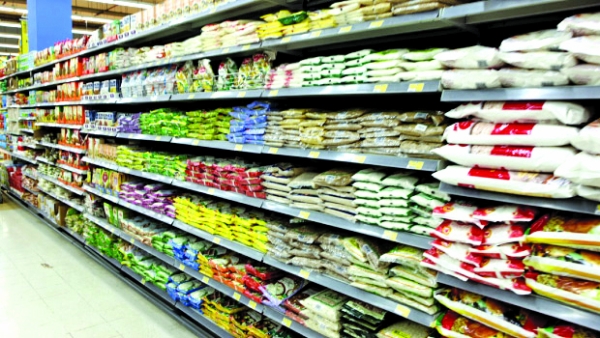 Muscat: Prices of products during Ramadan will come under strict scrutiny and inspections will be intensified, say officials at the Public Authority for Consumer Protection (PACP).
The Director of Market Regulation for the PACP, Hilal bin Saud Al Ismaili, has indicated that the Authority will intensify inspection efforts in shopping centres and stores as Ramadan approaches.
“The holy month of Ramadan is a month in which commercial movement is most active, whether it’s to shop for food items, or to buy other consumer goods relating to Eid Al Fitr,” said Al Ismaili, speaking to Times of Oman sister Arabic daily newspaper Shabiba.
“The Authority is preparing for the Ramadan season before its arrival, by intensifying the inspection campaigns on shopping centres and stores, in order to ensure the availability of consumer goods in them.
“The Authority also conducts searches for any violations such as expired goods, or products with visible defects such as containers which are inflated, damaged, or contain rust,” he added.
Al Ismaili pointed out that inspectors are keen to ensure that no exploitation of consumers occurs. “Inspectors ensure that there are no increased prices of goods without justification. The PACP also monitors promotional offers, and makes sure of their credibility, as well as the absence of any kind of fraud or deception to consumers,” Al Ismaili further added.
The Director also explained that the PACP has a swift response rate to any complaint by a consumer. “The PACP responds very quickly to any communication by consumers in the event of a complaint. A violation is issued against the owner of the shop as soon as proof is obtained, and cases are referred to judicial authorities,” he explained
Al Ismaili advised suppliers to abide by the law with regards to promotions.
“They must offer genuine promotions that are credible and transparent with consumers, and stay away from misleading advertisements, which deceive consumers for profit.”
On the other hand, he advised consumers to regulate their shopping habits.
“All consumers are advised not to buy large quantities of consumer goods, which may lead to depletion of goods in some outlets. Consumers should start shopping in an organised manner before Ramadan, and this involves inspecting the labels on commodities, especially the validity date,” he said.
He also called for consumers to look out for the “Ramadan Basket” which will be offered by shopping centres and markets.
“The Authority coordinates with commercial centres to provide the “Ramadan basket”, which contains many important goods, at an affordable price for consumers,” Al Ismaili said.
“The PACP also hopes to play a major media role during the Holy Month, by broadcasting short films that urge consumers to make the right shopping decisions. The Authority will also print ads on public transport busses and public spaces,” the director said.
Al Ismaili also confirmed that meat prices have stabilised in the market.
“In our monitoring of shopping markets, we have noted that meat prices have stabilised. There have not been any significant price changes, especially as the Sultanate imports the commodity,” he said.
Al Ismaili also asserted that the availability of consumer goods will be monitored.
“The Authority is constantly checking the availability of goods in the shopping centres and stores, and we have recorded a high availability of goods in venues.”