Prices of medicines set to fall in Oman 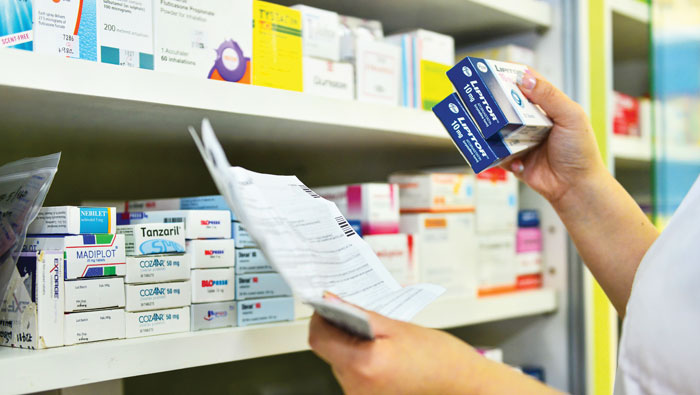 Muscat: Prices of around 4,000 prescription drugs will fall from June 1, 2017, according to pharmacists. This comes after the Director General of Directorate General of Pharmaceutical Affairs and Drug Control issued a circular to all private pharmacies and drug stores to implement the new prices, starting next month.
Pharmacy officials said the prices of all prescribed medicines will come down. “But the prices of drugs, which you can buy over-the-counter, herbal or food supplements will not be touched as the Ministry doesn’t control these prices,” a senior official at a leading pharmacy said.
The prices were lowered after a 45 per cent profit cap on medicines introduced by the Ministry of Health (MoH). According to the recent MoH circular, profit margins of medicines cannot cross that amount.
“The price of selling medicines shall be based on the price of the port of entry (CIF) as approved by the technical committee, plus a profit margin of 45 per cent (19 per cent to the agent/wholesaler/distributor and 26 per cent to the pharmacy/retailer,” the circular said.
Earlier, the profit margin was 55 per cent. The prices of medicines which will come down include antibiotics, cardiac drugs, antidepressants and antacids.
Residents have claimed that prices of some drugs are very high in Oman, compared with other countries. “Some big markets have lesser prices with the rates being the cheapest in Saudi Arabia. So, there was an urgent need to bring the prices down,” Mohammed, a resident of Seeb, said.
Doctors said the reduced drug prices include drugs for treatment of five groups of disease, including heart disease, blood circulation, diabetes, endocrine glands, the digestive system, dermatology and the musculoskeletal system. “This will help a lot of people,” said P Maheshwari, a doctor at a private hospital.
Since 2013, work has begun on reducing prices of certain types of drugs and this has covered many types of drugs.