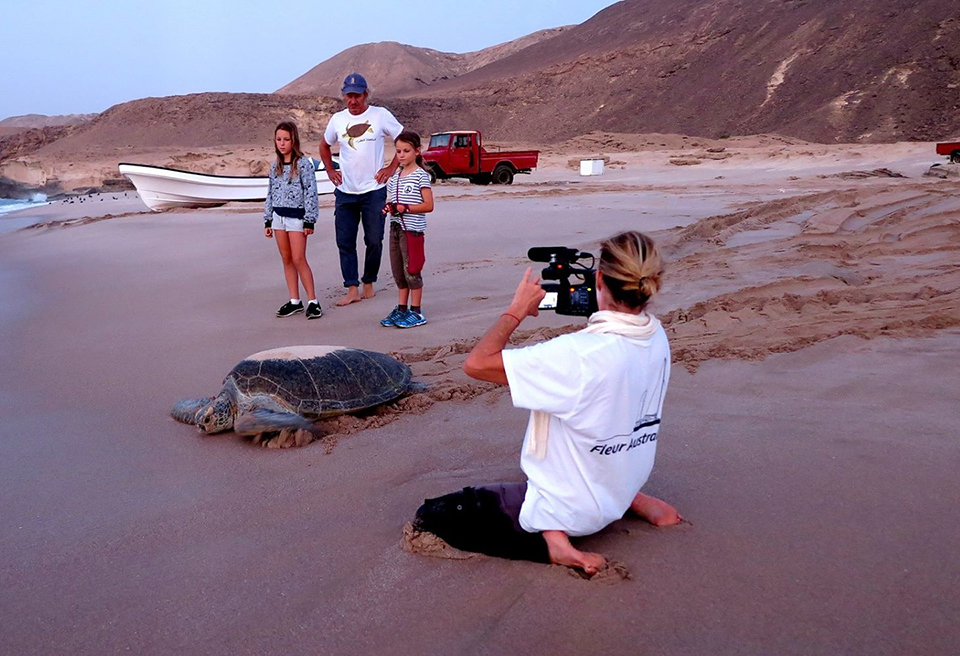 The celebrated French yachtsman Philippe Poupon has completed his family’s exploration of Oman with a visit to the Musandam peninsula. The tour of the Sultanate came in the course of an epic seven-year expedition that has seen the family criss-cross the globe to raise awareness of climate change and marine pollution issues.

It was appropriate therefore that the Poupons’ final port of call in Oman was the eco-friendly Six Senses resort in Zighy Bay, Dibba. Their four-weeks exploring Oman’s natural and cultural attractions clearly made a deep impression on Poupon, his wife Géraldine Danon and their children.

“The warm welcome we have received here will live long in our memories, as will the magnificent landscape and natural beauty of Oman,” he added.

The renowned French single-handed sailor and his family arrived in Oman aboard their 60-foot ketch Fleur Australe in early April, after travelling through the Suez Canal and across the Gulf of Aden. During their stay they visited Salalah, Duqm, Masirah Island, Ras Al Jinz, Muscat, Damaniyat Island, and Nizwa before travelling to Musandam.

Fleur Australe left Alaska in 2010 on a long-term expedition to raise awareness about the effects of climate change and provide real-time observations on the state of the oceans. So far its travels have taken it across the Pacific, Atlantic, Mediterranean, into the Southern Ocean, and to both Polar regions. The vessel also went through the Northwest Passage during an earlier voyage.

Poupon, 62, who is widely known as ‘Philou’ in France, was a member of the legendary Eric Tabarly’s crew in the 1977-78 Whitbread round-the-world race, and went on to build his own reputation as a solo sailor in the Vendee Globe, Route du Rhum, and Solitaire du Figaro, which he won three times.

His wife Géraldine Danon is a well-known film and theatre actor in France, as well as a stage director and producer. She is responsible for the steady output of films and log reports which have spread the expedition’s message.

In a recent report she described Oman as “a sanctuary of peace, beauty, and prosperity”. And she added: “The country has managed its modernity without losing any of its difference. A haven of peace that we needed to regenerate ourselves.”
The family left for Paris on May 5.
—[email protected]