Is Sarkar 3 really the death knell for Ram Gopal Varma as a maverick auteur? 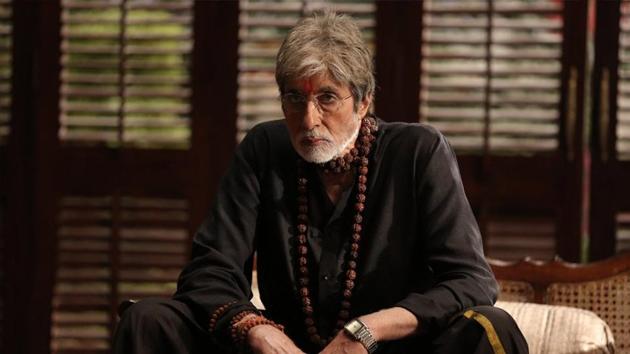 India: Shiva (1991), the Hindi remake of Ram Gopal Varma's first film Siva (1989), became an instant hit, because there was a director who understood the angst of the youth and knew how to encash that on celluloid. His lead Nagarjuna wasn't shy of using crime as a means to clean politics, something that resonated well in the times when muscle men were trying their best to enter politics and hold power.

Raat, Rangeela, Satya, Kaun, Mast, Jungle, Company, Bhoot, in film after film he kept redefining genres, mostly gangster and horror. Sarkar (2005) was his tenth Hindi film. Till then his only film that didn't work at the box office was Naach, but even it was praised for Varma's sensibilities. Here was the man who knew what he was doing. He was simultaneously training a lot of new talents that were to rule Bollywood in coming years.

His slackening began with the Shiva remake of 2006 and continued with Darna Zaroori Hai, Darling, Phoonk, Agyaat, Sarkar Raaj and Rann. All these films released between 2006 and 2010. But the one film, which also released during the same period, hurt him the most. Ram Gopal Varma Ki Aag became the epitome of bad filmmaking. It's a standard that can't be surpassed easily.

Critics and audience started to realise how Varma is losing grip over his projects. The cocky director paid no attention to any sort of criticism and continued to find producers to make more films.

Thanks to films like Not A Love Story, Department, Satya 2 and other similar films, his brand value hit an all time low. Occasional sparks in Rakht Charitra, The Attacks Of 26/11 and Veerappan didn't help much, and everything finally came down to Sarkar 3, his vital ticket to salvation.

His critics realised Sarkar 3 could be the film that could be the last nail in the coffin as far as RGV's filmmaking is concerned. If he can't do it with such a stellar cast and established franchise then he might not get another shot at redemption. From Amitabh Bachchan to Manoj Bajpayee to Rohini Hattangadi to Ronit Roy, amazing actors were at his command. Yet, he failed to impress.

Sarkar 3 isn't as bad as many of his recent films, but it hasn't done justice to a franchise like Sarkar, and certainly not to some amazing actors. But is this really the end of RGV the filmmaker?

Sarkar 3 shows he hasn't lost his touch completely, and he still can manage some of the biggest names of Bollywood to work in his films. He always had an eye for good talents. Remember Saurabh Shukla, Anurag Kashyap, Apurva Asrani, Manoj Bajpayee, Urmila, Chakravarthy, Sandeep Chowta, Amar Mohile, Amit Roy, the list goes on and on.

He might not get stars after Sarkar 3, but he can still create one. Probably it's about finding a winning team. His ego may take a hit, but that would be good for Hindi cinema. His filmography already has 7-8 films that will fetch him a place in the history of Hindi cinema, but it would be sad to see somebody like RGV to not add more to this list.

Sarkar 3 has drawn heavy criticism also because it's an RGV film. Take Varma's name out of it and you may realise it's not as bad as you judged it initially. Sometimes setting gold standards do this to filmmakers. But yes, he is running out of chances. This is the time to rise and if it doesn't happen now, it may not happen ever.