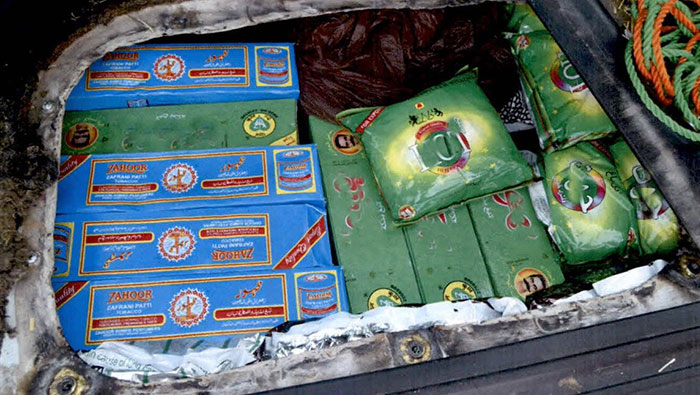 Muscat: Three individuals were arrested for attempting to smuggle tobacco in Buraimi, officials announced.
The Royal Oman Police in Buraimi arrested two people trying to smuggle tobacco into the country. The individuals hid 125 boxes of cigarettes in specially prepared hiding spaces in the vehicle, which were uncovered. Another suspect attempted to bring in a quantity of chewing tobacco, which he hid under the vehicle.
The three suspects were arrested, and the two vehicles seized.