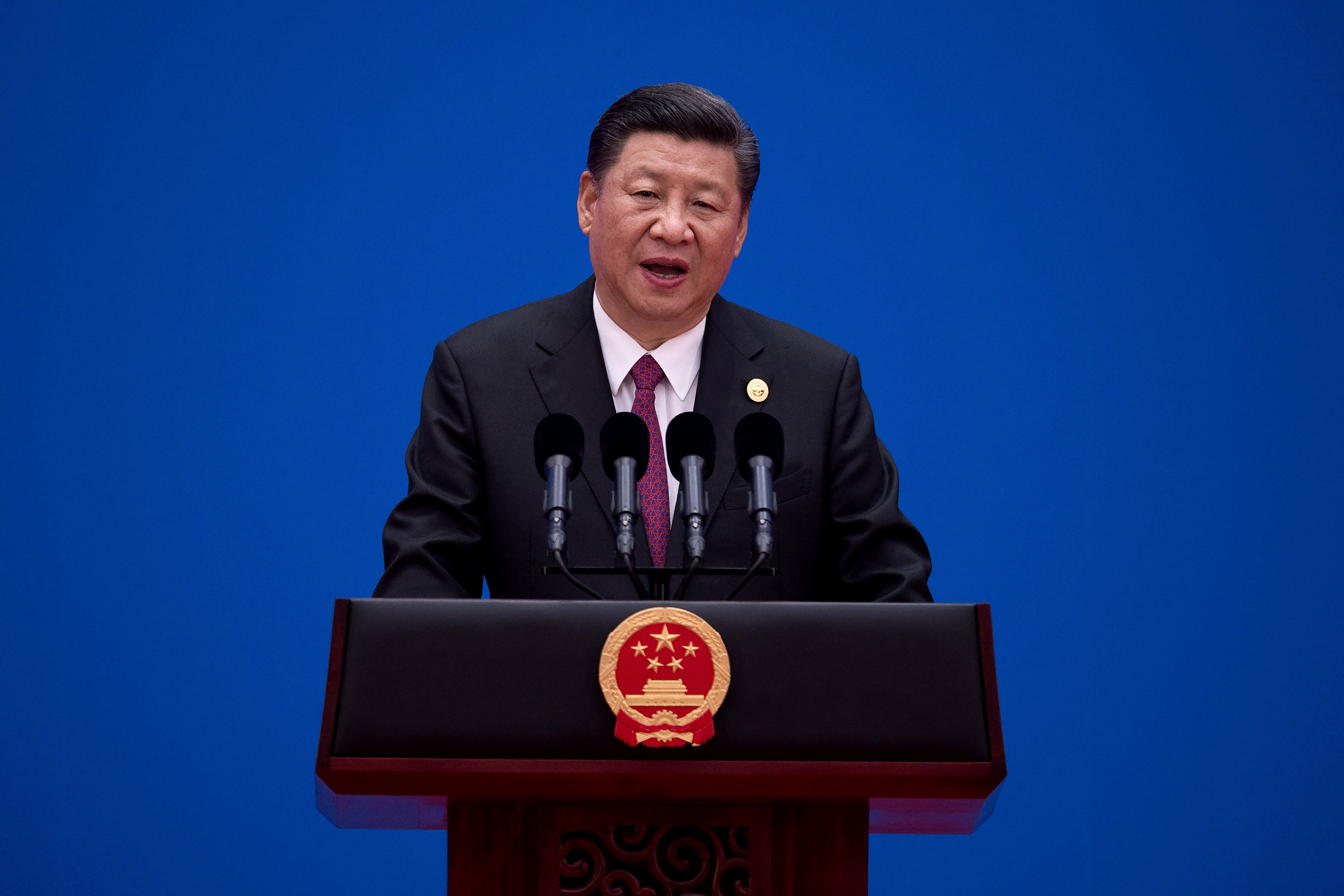 Beijing: China's high-profile Belt and Road Forum, boycotted by India over a controversial economic corridor traversing through Pakistan-occupied Kashmir (PoK), ended on Monday with a call to reject protectionism and embrace globalisation, which was "encountering some headwinds".
The two-day summit in Beijing was attended by 29 heads of state and governments, the World Bank, the International Monetary Fund (IMF), and representatives from the US, Japan and most of the western countries.
Speaking on the final day of the forum aimed at promoting his signature foreign initiative, Chinese President Xi Jinping said economic growth was "not on solid ground."
"Economic globalisation is encountering some headwinds. Development has become more uneven - not to mention the other challenges that overshadow the world economy such as wars, conflicts, terrorism and a massive flow of refugees and migrants," Xi told the leaders, including Russian President Vladimir Putin and Pakistan Prime Minister Nawaz Sharif, at the meeting.
In an attempt to place himself as a contrast to US President Donald Trump, who has vowed to put "America First" and supported bilateral trade deals over multilateral engagements, Xi said: "We need to seek results through greater openness and cooperation, avoid fragmentation, refrain from setting inhibitive thresholds for cooperation or pursuing exclusive arrangements, and reject protectionism."
Initially, the US had shown reservations in attending the summit but sent a delegation to the forum after clinching a trade deal with China.
Speaking to reporters at the end of the meeting, Xi expressed confidence over the future prospect of the B&R initiative, a flagship project of which — the CPEC— runs through Gilgit and Baltistan in Pakistan-occupied Kashmir.
India has skipped the meeting due to sovereignty concerns over the $50-billion China-Pakistan Economic Corridor.
Xi, however, said the almost 30 leaders attending the summit agreed on broader channels, innovative methods and lower costs of financing.
A joint statement issued at the end of the roundtable meeting of the leaders, outlining the future course of action, said the leaders agreed to oppose all forms of protectionism.
"We reaffirm our shared commitment to build open economy, ensure free and inclusive trade, oppose all forms of protectionism including in the framework of the Belt and Road initiative," the statement said.
"We endeavour to promote a universal, rules-based, open, non-discriminatory and equitable multilateral trading system with WTO at its core," they said according to the statement.
On deepening economic and trade cooperation, the leaders agreed to uphold the effectiveness of the multilateral trading system, and work together to achieve positive outcomes at the 11th WTO ministerial conference; promote trade and investment liberalisation and facilitation and enable the general public to benefit from trade, it said.
They agreed to encourage financial institutions, promote bilateral local currency settlement and facilitate the development of local currency bonds and stock markets, and fend off financial risks, it said.
On Monday, Xi announced $124 billion funding from China for the 60-odd countries taking part in the initiative.
China will host the second Belt and Road Forum for International Cooperation in 2019.
This edition of the forum was attended by Pakistan Prime Minister Sharif, his Sri Lankan counterpart Ranil Wickramasinghe. Other countries in the region except Bhutan were represented by high-level delegations. Bhutan has no diplomatic ties with Beijing.
The B&R initiative, which revives the ancient trade silk route, includes a maze of roads and port projects and aims to connect China with European and African markets through Asia.