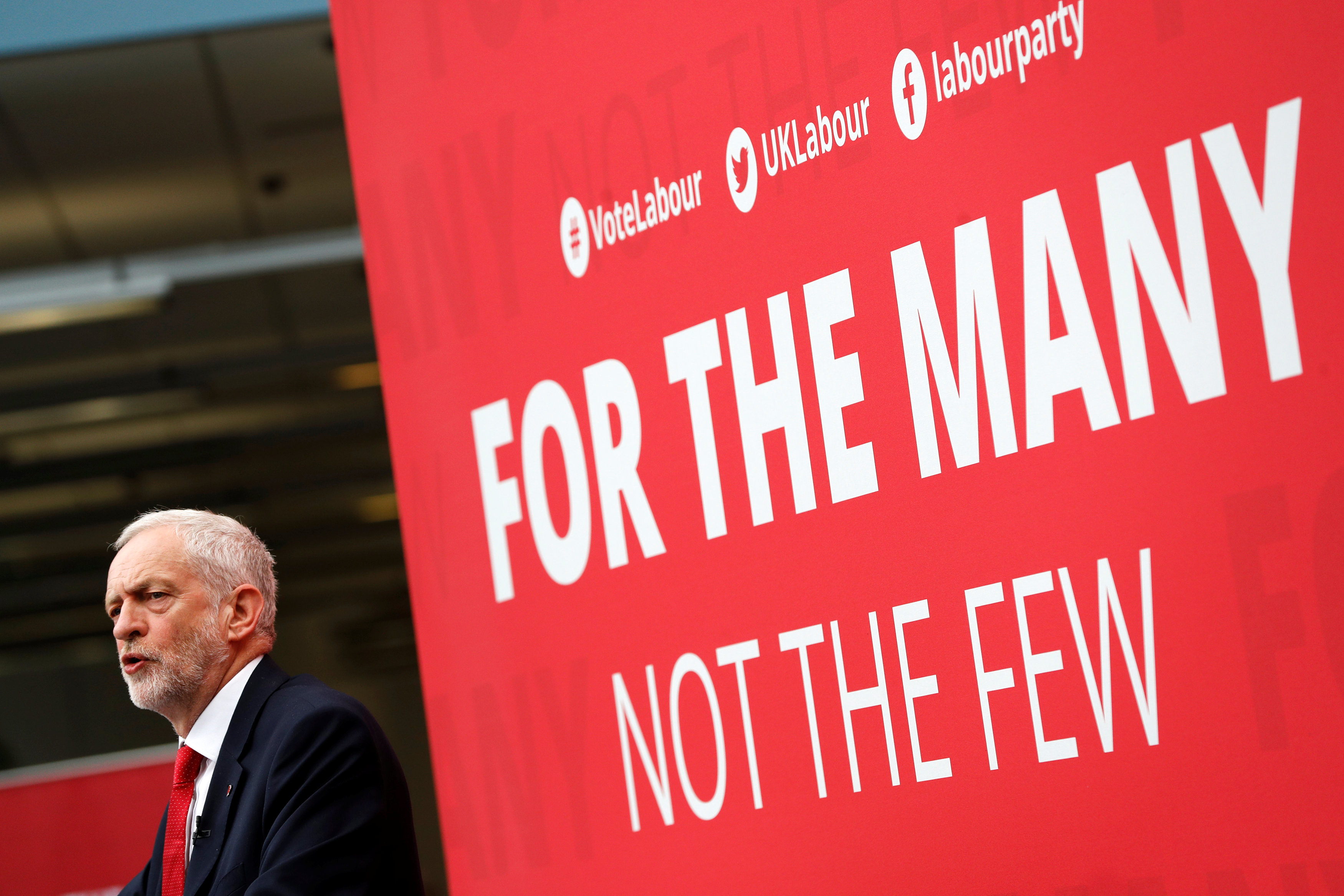 London: Promising renationalisation of some services, measures to curb corporate excess and end healthcare cuts, Britain's Labour Party made its case on Tuesday for voters to back its move to the left and throw out the Conservatives at next month's election.
Unveiling what leader Jeremy Corbyn called "a blueprint of what Britain could be", Labour said it was the only party that would make leaving the European Union "work for ordinary people" but would not support a second independence vote for Scotland.
Labour wants to fight Prime Minister Theresa May on domestic policies, particularly healthcare, at the June 8 election, which, if the polls giving the Conservatives a runaway lead are right, could reshape the political landscape for years to come.
Critics say the manifesto evokes the party's 1983 offering, described then by a Labour lawmaker as "the longest suicide note in history" for helping the Conservatives win, and the ruling party questioned its funding plans.
Corbyn said his manifesto, which also included scrapping university tuition fees and ending cuts to the National Health Service, was costed and accused the Conservatives of stepping back in time by backing fox hunting and new selective schools.
"This manifesto is the first draft of a better future for the people of our country. A blueprint of what Britain could be and a pledge of the difference a Labour government can and will make," he told supporters at a university in northern England.
"Our country will only work for the many not the few if opportunity is in the hands of the many. So our manifesto is a plan for everyone to have a fair chance to get on in life, because our country will only succeed when everyone succeeds."
The Conservatives said Corbyn's numbers did not add up and that "every single working family in this country would pay for Corbyn's chaos with higher taxes".
"It's clear that proposal after proposal in this manifesto will mean more borrowing and debt: from promises on benefits, to promises on prison guards, to promises on nationalising the water network," chief secretary to the finance ministry, David Gauke, said in a statement.
Alongside its manifesto, Labour also detailed how it would pay for spending commitments worth almost £50 billion ($60 billion), through hikes in corporation tax, higher income tax for the top 5 per cent of earners and new levies.
There was no cost provided for the party's renationalisation plans for water, mail and rail services and its measure to take some of the energy sector back into public hands.
By moving to the left, Labour has cleared the way for May to put her stamp on the centre ground of British politics and appeal for votes from traditional supporters of the opposition party who backed leaving the European Union.
Lagging the Conservatives by about 20 points, Corbyn told his supporters in Bradford: "For seven years the Conservatives have been holding Britain back," Corbyn said. "Labour's mission, over the next five years, is to change all that."