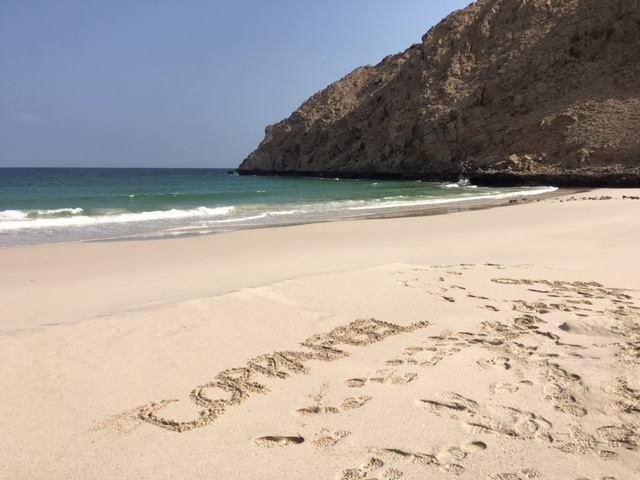 Muscat: Coppafeel, a charity which promotes breast cancer awareness in the United Kingdom, has chosen Oman as its next destination for its annual fund-raising hike.
Organised every year, the hike sees volunteers pledge to raise a certain amount of money by going on a hike. All funds raised are then used to raise awareness and fund programmes, which work towards breast cancer research.
The Coppafeel team will be travelling to the Sultanate from November 4 to 10, and will have in their ranks British Olympian Greg Rutherford and actress Giovanna Fletcher, both of whom have volunteered to raise funds towards this noble endeavour.
“We will be venturing across the stunning Middle Eastern country of Oman, and during the 75 kilometre trek, we will be navigating our teams past old fishing villages and stunning canyons before making camp in the desert and sleeping under the stars,” said Fletcher. “I think the fact that we are all going to raise money for something that is so important is going to keep us all going,” she added.
“Needless to say, I am very excited about it. I’ve seen pictures of Oman and of the trek and it sounds incredible.”
Coppafeel was founded by twin sister Kris and Maren Hallenga, just a few months after the former was diagnosed with breast cancer at the age of just 23.
Previously-held fund-raising treks have included destinations, such as Iceland and Macchu Picchu. Participants in this trek—which is being held in collaboration with fashion and lifestyle magazine Fabulous—are looking to raise a minimum of £2,775 for Coppafeel.
“We’ll be taking on a tough ‘off the beaten path’ four-day trekking expedition from the beautiful coast at Dibba through the fjords of Arabia to the summit of Jebel Qiwhi,” said Ellie Baldwin, Coppafeel Fund-raising and Events Officer. “The rough terrain and dry conditions the teams will face in the wadis will test even the best trekkers, whilst the stunning views and ancient villages along the way will offer breathtaking rewards.
“The trek will raise essential funds for Coppafeel as each trekker will be working towards a fund-raising target. Hopefully, in total we will raise in excess of £170,000,” she added.
“In previous years, we’ve had fund-raising balls, family fetes, pub quizzes galore and enough bake sales to provide all of Muscat with afternoon tea for a week. Each of these fund-raising events creates an opportunity for greater dissemination of the signs and symptoms of breast cancer.”
Baldwin also urged people to get regular checks, in order to detect early signs of breast cancer.
“Too many people die of breast cancer due to late detection,” explained Baldwin.
“Currently over 2,000 cases in the United Kingdom are diagnosed at Stage Four each year. Many young people still consider breast cancer to be an older women’s disease or are reluctant to acknowledge that something, such as the dreaded C-word could affect younger women.”
“A large proportion of young men are unaware that breast cancer can affect either gender and as many materials and support groups are targeted towards women and this can marginalise male patients living with breast cancer,” she said. “This inevitably creates an unnecessary stigma that we want to breakdown.”