On the ball: Let your children play sports 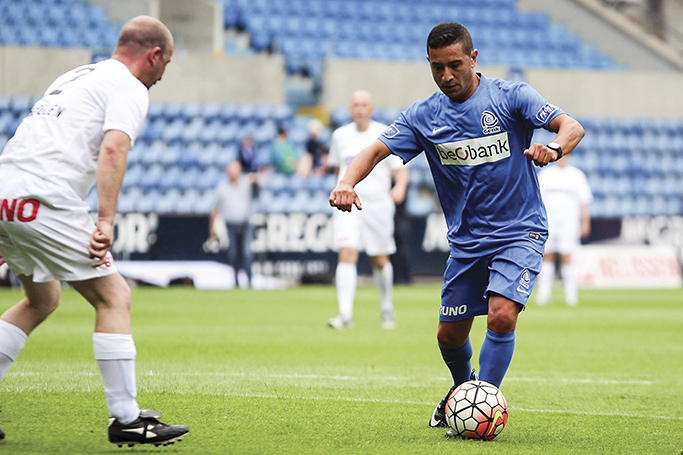 The term ‘helicopter parent’ has come into vogue of late. And that’s not a good thing. Helicopter parents are those who constantly keep one beady eye (if not both) on their children, in the nigh-unshakeable, sometimes desperate hope that their children will do well under total supervision.

Michel Ribeiro, though, disagrees. Having played professional football across Belgium and the Netherlands for over 13 years, and served at Belgian pro football club KRC Genk as a youth coach, he knows a thing or two about overprotective parenting and the pressures it can bring.
“Parents these days don’t enjoy watching their kids play anymore,” said the 42-year-old. “They want their kids to be the new Lionel Messi or Cristiano Ronaldo and put too much pressure on the boys to win games, and score goals, instead of letting the boys enjoy the game.

“Whether the boys are playing at home or away, the parents constantly follow them and tell them what to do all the time,” said the Belgian. “They film them, watch their videos after games and upload them onto YouTube, and this can put a lot of pressure on a child who is just nine or 10 years old.”

At Genk, Ribeiro personally oversaw the development of many of the Belgium National Football Team’s current crop of players, who are being heralded as a Golden Generation for football in the country.

He’s now travelled to the other side of the Atlantic to take on a new challenge at Major League Soccer outfit Sporting Kansas City, where he’s looking to shake things up.
“The parents are chasing their own dreams instead of supporting the kids because the parents themselves never made their own dreams come true,” he explained. “Yes a lot of kids will stop playing because sometimes they will see that they maybe don’t have the talent the parents hope they have, and the pressure gets to be too much for them in the future.

“Of course the most talented kids will continue to play because they are a lot smarter when it comes to managing themselves in the game than the parents are,” added Ribeiro. “The sooner you start anything and the more often you practice, the better you get but still you need to have good genes, but parents must understand that an ordinary horse will never win a game against purebred stallions. This distinction is very important in my opinion.”

Ribeiro also think that parents start their children at too advanced an age: While many children start playing at the age of nine or ten years old, he believes that if the next generation of players are to truly succeed, they must be gradually and gently introduced to any sport of their choice at an even younger age.

“At Genk, we started programmes for kids as young as five years old,” recalled the Belgian. “They will experience how to touch the ball, where to run, and understand the rules of the game. At a young age, they are more receptive to ideas so they will understand how to read situations better.”

“But the clubs also need to have the right facilities,” added Ribeiro. “To develop good players, you need good coaches and a good setup. If you demand plenty of effort from children, you need to give them back something. I understand, though, that for some schools and clubs, this may not be possible, but people must realise that the best academies with the nicest facilities will always recruit the best players.”
These facilities don’t just act as a tool for development, but marketing too: the nicer the facility, the more likely are willing parents and their children going to be impressed.

“It’s always easier if you have the right facilities,” he said. “It is always better for kids to play sports, because it helps their reactions and coordination. It’s a far better option to sitting down in front of your PlayStation, because you also learn to communicate with other people.”
—[email protected]