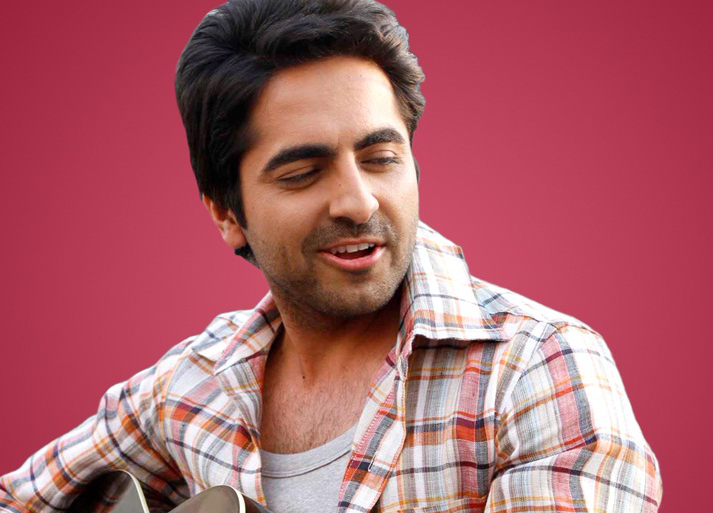 New Delhi: He started his career with unconventional films such as Vicky Donor and Dum Laga Ke Haisha -- but Ayushmann Khurrana believes that his choice of roles has paid off for him. Ayushmann is yet to be a part of Bollywood money-spinners but he has no regrets as he says these are the kind of films that work for him and he wants to own this space.

"I never wanted to become a typical commercial actor. I would prefer to do something that is off-centre and different and these are the kind of films that have worked for me. Be it Vicky Donor or Dum Laga Ke Haisha. I want to own this space," Ayushmann said.

In his five-year-long career, the 32-year-old VJ-turned-actor has established himself in the film industry and two of his films have also bagged National Film Awards. The actor is now gearing up for Meri Pyaari Bindu, which is a quirky, modern-day love story. Also starring Parineeti Chopra, the film releases this Friday. The film has been directed by debutante Akshay Roy and is Ayushmann's third collaboration with Yash Raj Films.

"The movie was narrated to me two years ago and then I had forgotten about it. I came to know that Yash Raj was producing and I got very excited. Pari was already on board. I am glad that the film got made. It is a very nostalgic film."

The film marks Parineeti's return to the big screen after a gap of three years. Incidentally, this is also Ayushmann's first film in two years and the actor says Meri
Pyaari Bindu is important for both of them.

"Parineeti has gone through the whole body transformation and is coming back on screen after three years. I am also coming after two years. This film is important for both of us. I am glad that the trailers have been well received," he says. Ayushmann's break, however, was not deliberate as he was busy shooting his other projects like Meri Pyaari Bindu, Bareilly Ki Barfi and Shubh Mangal Savdhan, all of which will release this year.

"The break was not deliberate. I was waiting for the right script. And then Manmarziyan did not happen... I am glad that I am coming out with three films this year. It would compensate for my absence in the last two years."

Talking about his other upcoming films - Bareilly Ki Barfi and Shubh Mangal Savdhan, the actor says, "I am fortunate that I got to work with Ashwiny Iyer Tiwari in Bareilly. There are two great actors with me - Kriti Sanon and Rajkummar Rao. It is a very quirky story.

Ayushmann recently wrapped Shubh Mangal Savdhan with Bhumi Pednekar. The film has been produced by Aanand L Rai. "Both of these films are very special to me," he says.