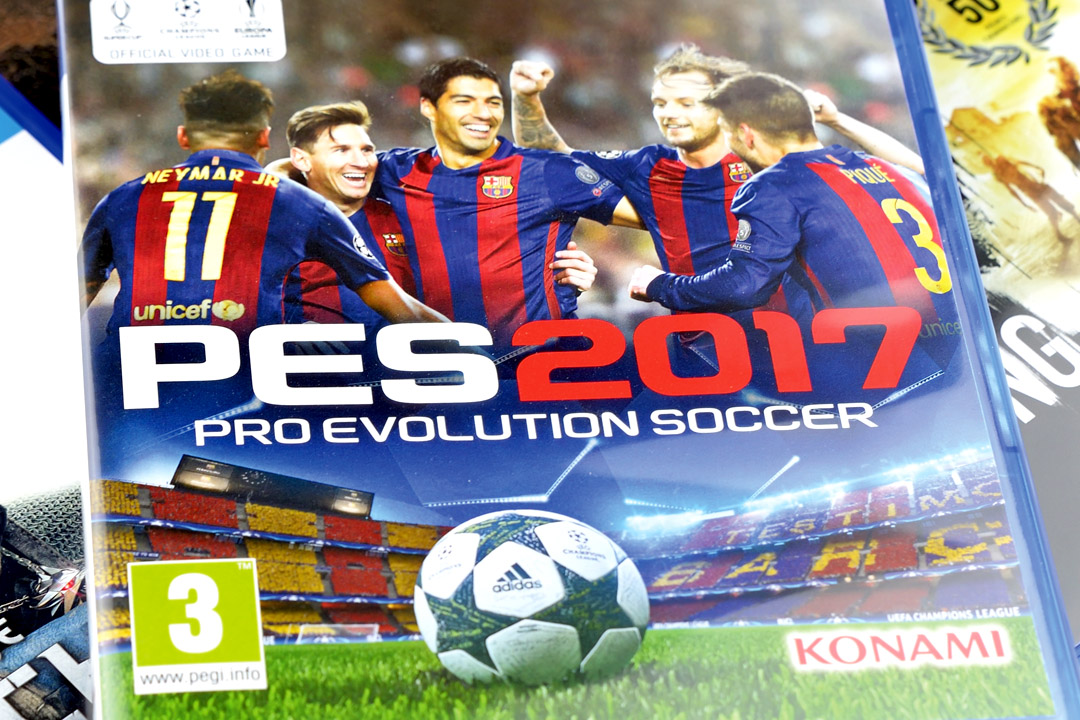 When it comes to football games, there are but a few out there. Truth be told, though, the ones that are out there are really, really good. So good, in fact, that they’ve got all of the beautiful game’s bases covered.

The casual gamer is going to love FIFA, while the more tactically inclined will prefer the Football Manager series of games. For the serious gamer, though, there’s just the one game that comes to mind: Pro Evolution Soccer 2017.

It may now be a mainstay in PCs and on consoles the world over, but it was only relatively recently that PES became a household names among football lovers worldwide: FIFA – the other football game – had become complacent in the wake of being the more successful franchise, and let the quality of their products slacken.
With gamers shunning EA Sports’ megabucks brand, PES stepped into the void, and Konami’s excellent showing has continued to remain one of the heavy hitters in the sports gaming industry.

PES was never a game that was found, though: with its sleek appearance, no-nonsense approach to its interface, stunning graphics and buttery-smooth gameplay, this was a game that was just waiting to be discovered to go from cult favourite to gaming mainstay.

The Japanese don’t do showy and ostentatious: There’s a certain beautiful simplicity about everything that they do, and it’s a philosophy that underlines every aspect of what they do.

The menus and in-game option screens aren’t the finest, but that’s not, nor has it ever been the crux of what makes PES such a great game: It’s what happens on the pitch, and the manner in which it is captured that has made it loved around the world.
Players in-game have been perfectly mapped down to the tiniest detail, from Lionel Messi’s trademark dribbles, to Neymar’s patented Mohican hairstyle, from Cristiano Ronaldo and Gareth Bale’s ubiquitous celebrations to the graceful style of Mesut Ozil, PES has it all, and more.

No two moves in the game are exactly alike: At first, there is no tried-and-tested recipe to beat the opposition, until you figure out the little subtleties in the game, and that’s where the excitement you get when you first receive the game is really amped up a notch as it roars into life within you.

That exhilarating feeling of knowing that you’ve just leapt past a hurdle you had never encountered before is what sets you up for the next time you encounter another player blocking your path en route to goal. Or as the case may be, encountering a player whose path you need to block from goal.

Matches in PES are not your standard 10-minute condensed affairs. They are instead, rollercoaster rides peppered with shoulder barges, studded with thundering shots, that if you are lucky, thud off the crossbar and into the back of the goal, and bone-crunching tackles that make your heart leap into your mouth, as you hope you don’t have to substitute your standout superstar.

And at the same time, PES 2017 is a waltz, one of gorgeous, intricate passing and shots that are caressed into the back of the net, of nimble footwork and sleight-of-hand defending. It’s the rapidity and fluidity between which the game seamlessly alters between one and the other that makes PES such a compelling, thrilling, enervating game to play.

That, of course, is only one of the star turns afforded by PES: those who play that other football game might scoff and sneer, but Pro Evolution Soccer has long held the rights to Europe’s most hallowed club competitions.

The UEFA Champions League and Europa League, complete with music, balls and the goosepimple-inducing atmosphere, have always been a part and parcel of PES, and is what gives gamers that extra zing to push their players all the way, in search of victory.

After all, no one wants to lose the biggest game they’ve ever played now, do they?
That is exactly the sort of atmosphere PES infuses into people. There’s something spine-tinglingly joyful about listening to the Champions League anthem resonate as your virtual superstars stride out onto the pitch with purpose in their stride and defiance in their eyes.

It’s hard not to get swept up in all the pomp, passion and panache, and that’s what makes Pro Evolution Soccer 2017 so great. Football, is indeed, more than just a game.
— [email protected]

What it’s about: Step onto the pitch alongside the greats of football, and challenge your friends for honour, glory and some of the world’s biggest prizes in PES 2017, Konami’s latest (and greatest) take on the beautiful game.