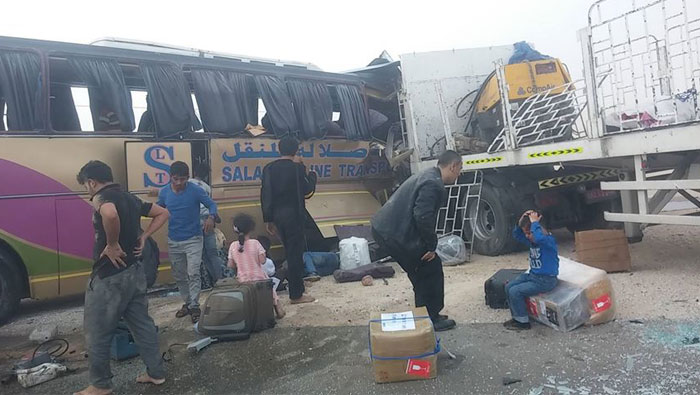 Muscat: If you’re a driver who’s planning on visiting Rustaq, Barka or Sohar this weekend, do keep your eyes peeled.
The three towns lie in the Batinah region, which was the area most prone to road accidents in 2016, according to the latest data released by the Royal Oman Police and the Directorate General of Traffic.
Last year, a total of 116 deaths were reported in North Batinah, in addition to 211 accidents and 244 cases of accident-related injury.
While the number of deaths in South Batinah may have been lower at 68, a whopping 759 accidents occurred on the region’s roads last year, with about 405 of them resulting in injuries.
Even Muscat had a lower death count than North Batinah Governorate: 100 people died from road accidents in the Sultanate's capital last year.
The report went on to say that the highest number of accident-related deaths took place on weekends, as most people went out on the roads with families and friends.
131 deaths were recorded on Thursdays last year, with another 125 on Fridays. Saturdays bore witness to a further 111 deaths. The highest number of accidents (743) also took place on Thursdays.
Collisions between vehicles accounted for the major number of both accidents – 1,660 out of 3,621 – as well as deaths, with 272 out of 692 deaths taking place after collisions. Overturned vehicles were the second, accounting for 187 casualties and a further 674 injuries.
Speeding is still the most common cause of accidents, and has been since 2011: 2,499 accidents, which led to 2052 injuries and 678 deaths were caused by motorists who went well over the speed limit in 2016.
A total of 4,721 accidents took place last year, resulting in 692 deaths and 3261 injuries. While the number of deaths has increased slightly, up from 675 in 2015, the number of accidents themselves (6,279) and injury reports (3,624), have both gone down sharply.
The numbers are also a lot lower than they were in 2014, when 6717 accidents occurred, leading to 816 deaths and 3835 injuries.