Majidi wraps 'Beyond The Clouds' shoot 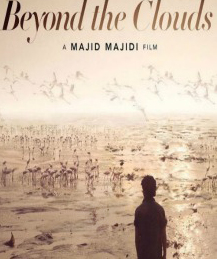 Mumbai: Acclaimed Iranian filmmaker Majid Majidi has finished shooting his India-set film Beyond The Clouds. The movie went on floors in January this year. It stars Shahid Kapoor's younger brother Ishaan Khatter and Malavika Mohanan, and has been completely shot in India.

"The shoot of the film is complete and is ready to get into post-production," the official spokesperson on behalf of Zee Studios and Eyecandy Films said in a statement. Ishaan also took to Instagram to share a picture from the last day of shoot in Mumbai and wrote "Up, up and away!"

The entire cast and crew marked the occasion with an impromptu cake cutting ceremony with the filmmaker.